Why I Can't Get Excited About Record Store Day 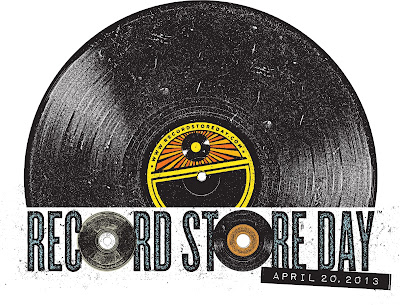 For somebody who spends as much money as I do on music, and for somebody who just LOVES the shit out of listening to music as I do, you think I would be psyched beyond all recognition for the upcoming Record Store Day.

However, I am not. 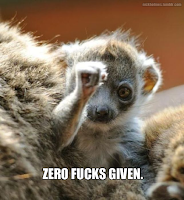 The first record store day was in April of 2008—it’s traditionally held on the third Saturday in April. Each year, since it’s inception, it has become more and more elaborate, with more artists releasing more limited edition vinyl LPs and singles that will only be available ON THAT DAY. Hell, the record store you go to may not even receive that specific release you are looking for.

If that’s the case, then well, my friend, you are sure fucked.

I’ve been to two officially sanctioned Record Store Day events. The first being their “Black Friday” event on the Friday after Thanksgiving in 2010. The second was last year’s RSD in April—and this was only because my wife and I were walking in downtown St. Paul, saw a record store, and had time to kill before we had to be somewhere.

People will line up in front of a record store the morning of RSD, like they’re waiting to get in to a midnight premier of a movie. Last year, I believe I had the intention of meeting up with some good bros of mine, and then waiting in line. But last year, I was also just too depressed to deal with it—the driving up to Minneapolis, the lines, and the nerds also waiting in line, the possibility of disappointment when you don’t get the thing you went there for, and the anxiety that comes along with all of this. 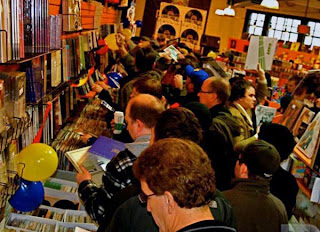 (look at all these assholes)

The original concept behind the day, I believe, was to get people out to their local record stores and celebrate the history and culture within. I feel like that is less of the goal now, and that it’s more of a competition to see if you can get all of the limited edition releases before the asshole a few people behind you in line can snag them. The stress of wondering if you are even going to make it out of the store with what you went there for in the first place seems to instantly take the fun out of the entire idea.

On the Black Friday event in 2010, I did not wait in line to get into the Electric Fetus in Minneapolis—because it’s November, and cold as fuck outside. My wife, her cousin, and I wandered into the store an hour or so after they had opened—much of the crowd had already dispersed, and there wasn’t a ton of people waiting around to look at the RSD exclusives. That day, I had gone with the intention of getting a Bruce Springsteen 7” single for “Because The Night,” and a 12” single of the then new Iron and Wine single “Walking Far From Home.” By the time I was granted access, I found there were plenty of copies of each left. I grabbed them, and then went about my browsing elsewhere in the store.

So two and a half-ish years later, how often to do I take these prized possessions out and slap them on the turntable? Like, never. While the Iron and Wine single turned out to be okay, the subsequent album turned out to be a joke, and my interest in the band has waned to pretty much nothing.  But The Boss? Who doesn’t love Springsteen? I mean that’s a great song and everything, but I think I only played that single a few times.  So the lesson that I can glean from this is that it was probably a total waste of time, and certainly a waste of money.

That’s the thing with Record Store Day—once you get a look at “The List” of releases, you have to really consider if there’s anything that you can’t live without; if there’s anything that is worth the hassle of driving 45 minutes to get. Have there been things in recent years that I wouldn’t have minded purchasing? Sure. Has my life gone on just fine without those items? Well it seems that way. Are there things this year, for Record Store Day 2013 that I’d like to get? Of course there is. But come Saturday, when I am chillin at home, mos def not in line outside of the Electric Fetus, dealing with lines and people and bullshit—will my life go on?

Yeah. It probably will.

Why can’t every day be Record Store Day? What I mean by that is, why can’t music lovers celebrate the culture of record stores every day, not just single out one day in April? Why do you need special limited edition releases to entice you up off of your ass? And what kind of audience does something like this expect to attract? There’s the overlapping demographics of the aging hipster, the Pitchfork crowd, the ultimate fanboys (I fall into all three of those, for sure.) Record Store Day has been known to attract people who buy vinyl and DON’T EVEN OWN A TURNTABLE!

Because I suffer from anhedonia (there is a reason this blog has that name), maybe I’m the wrong person to be talking about this. Please, by all means, have a good time at Record Store Day. Support your local record store, support the culture, snag that vinyl reissue that is only available on April 20th. Please do not let me stop you. I guess personally, I do not need a special day with special shit available to get me into a record store, and to celebrate record store culture.

I do that shit daily.