Hot New Joint Roundup: "Long as The Sun" by Medicine, and "Evening Ceremony" by Active Child 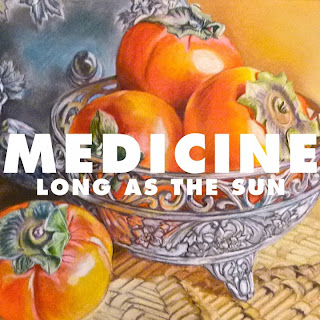 One of the first things I noticed about Medicine’s new single, “Long as The Sun,” the opening track from their first album as a full band in 18 years, is that it continues the tradition they started with previous opening tracks—starting out with a long, noisy, patience-testing squall of feedback. It’s what they did with “One More” from 1992’s Shot Forth Self Living and on 1993’s The Buried Life with the song “The Pink.” I suppose if you find a formula that works, even two decades later, you stick with it.

You may not think you’ve heard of the band Medicine, but if you’ve seen the 1994 motion picture The Crow or listened to that film’s soundtrack, you are completely aware of the band Medicine. Not only did they appear in the film as a band playing in a club scene, but they contributed a classic slice of the 1990’s pie to the soundtrack—“Time Baby II.”

Seen as a bit of a response to the shoegaze and noise coming out of the UK in the early 1990’s, Medicine took an abrasive shoegaze aesthetic, and filtered it through pop songs. It’s something you saw hints of on their debut LP, over 20 years old now, and it’s something they honed by the time the follow up was released, now exactly 20 years old.

Last year, the very hip Brooklyn-based label Captured Tracks reissued both Shot Forth and The Buried Life as part of their “Shoegaze Archives” series—and announced on April 1st (no joking though) Medicine’s original line up have reunited, and are releasing a new record, To The Happy Few, in August, via Captured Tracks.

There’s a lot going on in “Long As The Sun.” Like, that may even be an understatement. The first two and a half minutes are a sensory overload—there are blasts of guitar feedback and fuzz everywhere you turn. The vocals are buried pretty low in the mix (intentionally of course) so somewhere underneath all the noise and chaos, there’s a song.

Things get scaled back at the 2:24 mark in the song—there’s a brief moment where it’s just the vocals of Beth Thompson, some ramshackle percussion, and some odd guitar noises in the background. And it’s a moment like this that harkens back flawlessly to the early 90s output by Medicine.

Throughout the five minutes of the song, it alternates between unrelenting, percussion driven force, and I suppose what you could call a more “traditional” pop song structure.

Overall, this song is great. And seeing that Medicine got back together was a total surprise. I’m not sure if this is the final mix of “Long as The Sun,” because at times it’s kind of a brick walled hot mess of noise. But maybe that’s the sound that they were going for.

In the press release announcing their reunion, it says the band reformed while going over the extras to include in last year’s reissues. Medicine, in their heyday, had a relatively large cult following, but like many bands, faded into obscurity shortly after their rise. The Capture Tracks reissues certainly did an excellent job of introducing a new generation of listeners to the music of Medicine. Hot on the heels of the My Bloody Valentine record, now seems like as good of time as any to capitalize on the somewhat peaked interest in a somewhat unknown and difficult to explain genre.

"Long as The Sun" is available for free download courtesy of Captured Tracks, and that cool Soundcloud embed up there. The new LP, To The Happy Few, drops August 6th. 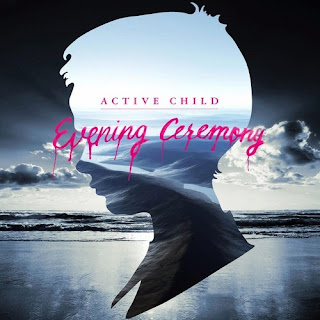 It’s been a minute since we’ve heard something from Active Child, but it looks like that minute is up.

The one-man project, started in 2010 by Pat Grossi, has been relatively quiet since the release of his debut full length, You Are All I See, in 2011. Grossi has returned with another smooth jam—“Evening Ceremony.”

Active Child concocts the kind of R&B music you would expect to hear in the future, or in space. Or in both. He has a rich voice—slipping occasionally into that very popular falsetto range—but he usually keeps it in a mid-range, multi-tracking it to create interesting vocal depth in his tracks.


Along with the obligatory warm synth tones and machine-produced drumbeats, Grossi’s main axe is the harp, which is something you don’t hear every day in pop music.  It’s an instrument that’s never forced into his songs—and when it’s included, it adds a layer of elegance to his sound.

“Evening Ceremony” sticks to the formula that Grossi perfected with the singles from his LP—“Hanging On,” and the How to Dress Well co-signed “Playing House.” That formula creates songs so well written into a 90’s R&B style, that you can nearly imagine R. Kelly, Jodeci, or Maxwell taking a stab at one of these. It’s a slow jam, with pleading lyrics—“Even if I wanted to love you, would you love me?," and it is paced well enough to create a dramatic tension that sees little resolution in the end.

It’s been way too long without something new from Active Child, so I hope that this is the sign of things to come from a new full length. While “Evening Ceremony” is available now as a $1.29 single in the iTunes marketplace, originally it was an “album only” track, associated with the soundtrack to the motion picture The Host.