Bless Up, Hoes Down or The Man, The Dogg, and The Lion 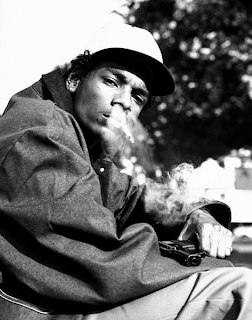 On a talk radio show a few year back, one of the hosts referred to Snoop Dogg as the “clown prince of rap.” If you look at his career over the last twenty years, you may be apt to agree.

In 1992 and 1993, Snoop Dogg, along with Dr. Dre, were meant to be taken seriously. Like, they were going to run up in your spot, fuck your bitch, rob you, and maybe kill you. All “gangsta” rap from the 90’s has aged pretty hilariously—meaning  that listening to it now, it’s like a caricature of itself. But in the days of the LA Riots, street gangs, home invasions, et. al—this was real. And it was meant to scare the shit out of you.

Dr. Dre hasn’t released an album in over a decade—well over a decade, actually. He is now mostly known for making headphones. Yes. That guy who made your headphones used to rap about killing people twenty years ago. He used to be so gangsta. 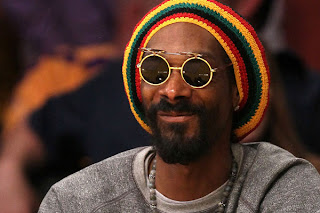 (ayo, is he seriously wearing flip up sunglasses that have ANOTHER pair of sunglasses underneath them?)

As documented in the film Reincarnated, the Dogg becomes a Lion after a profound religious experience in Jamaica while recording a reggae album, and smoking mad blunts. Yes. This is a thing that happened.

As the gangsta trend of the mid-90’s faded away from the mainstream after the casualties of the Notorious B.I.G. and Tupac Shakur, eventually Snoop’s sound was updated with more pop sensibilities—his mid-career hits “Beautiful,” and “Drop it Like it’s Hot,” are both synth heavy, radio friendly, and feature production and guest appearances from the “it” producer at the time, Pharrell Williams.

So look I’m not saying that artists can’t grow or change their ideals, but for a guy to go from making records that do not disguise the fact that he is not afraid to MURDER YOU, to making a record that’s all like “oh shit maybe that’s not so cool to murder people,” it just strikes me as a bit strange.

But then again, I did not have a profound religious experience in Jamaica, and I do not smoke 80 blunts a day.

I’m no expert at reggae music. It’s probably one of my least favorite genres—but maybe that’s a misguided way of thinking. Maybe I only dislike it because I dislike the popularity of Bob Marley, especially among young suburban white males. But I also really don’t like the music of Bob Marley, so that could also be part of the problem. 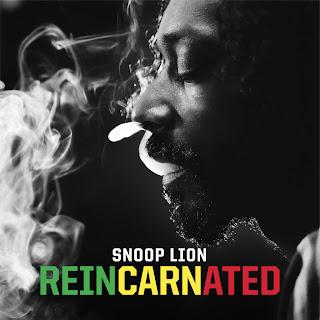 I started to listen to Snoop Lion’s “debut” album, Reincarnated, at work the other day. Like it’s not terrible. It’s getting torn to pieces critically, but what do you expect? It’s not terrible, but it’s not incredible. It’s pretty middle of the road, and kind of bland. The whole thing sounds very modern though—like maybe too modern to be authentic reggae, and that is certainly thanks in part to production by Diplo.

Snoop, as expected, is not the best singer around, so he kind of half talk/sings his lyrics, and in every song, they are buried underneath layers of flashy production and guest vocalists. One song that actually stood out above all the others is the single, “Ashtrays and Heartbreaks,” an odd pairing that puts Snoop together with Miley Cyrus of all people. But it works. It’s a straight up pop song. But it’s a powerful pop song, similar to “Mirrors” by Justin Timberlake.


I haven’t watched the Snoop Lion documentary Reincarnated. I presume it is an incredible motion picture experience. What I am left wondering though, with just the bits and pieces I can find, is that is “Snoop Dogg” really over? In a trailer for the film, there’s a clip of Snoop losing his shit in the recording studio, instructing everybody that the topics from the past—“hustlin’, makin’ money, drug dealin’, shootin’ people,”—that all of that is gone.

I hate to make this terrible pun, but can you teach an old Dogg new tricks? Where does this go from here? Does Snoop Lion continue to put out reggae records Snoop Dogg doesn’t want to rap anymore? I know that this isn’t a Joaquin Phoenix “pretending to rap to make a mockumentary” thing, but how far can you take this act? 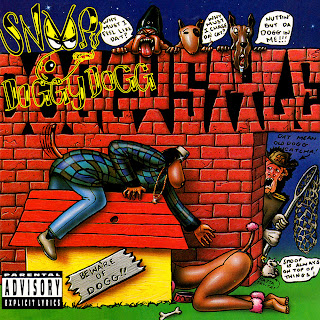 As an adult, with more refined tastes in rap music, I much prefer the east coast sounds of the early 90’s—Nas, Wu Tang, Mobb Deep. While some of the west coast singles are enduring and incredible contributions to popular music—“It Was a Good Day," “Regulate,” and “Nuthin’ But a G Thang” come to mind—the whole “G-Funk era” sound hasn’t aged poorly, but it also hasn’t aged well.  In revisiting Doggysyle to write this piece, I found that a lot of it sounds the same—bass heavy, similar beats, similar tempos, etc. Doggystyle was never meant to be the labor of love that The Chronic turned out to be—it was supposed to be fun. It’s insipid, misogynistic, repetitive, and even when threatening to murder you, it never takes itself seriously.

Calvin Brodus, a.k.a Snoop Dogg, a.k.a Snoop Lion is now over 40 years old. How does an aging rapper stay relevant? Stop performing and become an entrepreneur, selling expensive headphones? Continue to release semi-phoned in albums every few years? Or change your path completely? And once on that new path, where does it lead? I certainly do not have a clear answer for that. And with this week’s release of Snoop’s Reincarnated album, I’m kind of wondering if he has an answer either.