Review: No Joy- Wait to Pleasure 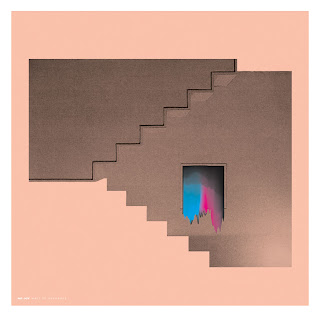 So apparently there’s some kind of problem with being labeled a shoegaze band.

Well, maybe there’s no problem if that’s what you set out to do in the first place. But there’s been a recent crop of young bands that have that incorporated that shoegaze sound into their music—and at times in music press, it comes off like a scarlet letter of some kind.

No Joy is one of those bands. By the name alone, I should love this band, because I don’t really like joy, or joyful things. Their excellent, yet under the radar 2010 debut LP, Ghost Blonde, was a mix of shoegaze aesthetics and a bratty Sonic Youth-esq post punk attitude.

And I do like this band. They have a youthful exuberance that shows through, even if their musical style isn’t exactly “fun” sounding.  On their second LP, Wait to Pleasure, the band vastly expands on the excellent, yet one-dimensional sound they started with.

There’s a lot on Wait to Pleasure that is indebted to that shoegazing sound—specifically on the single “Lunar Phobia.” The rhythmic track bounces along with wavy and swirling guitars, vocal samples built into dope beats that back the whole thing—it’s all very reminiscent of My Bloody Valentine’s “Soon,” the closing track from Loveless. And I’m not saying that it’s a bad thing here, or derivative, but “Lunar Phobia” is a song where No Joy can’t hide their influences.

The same goes for the album’s final track, “Uhy Yuoi Yoi,” which contains elements similar to the dreamier side of shoegaze—like Slowdive.

The straightforward rock sound from Ghost Blonde is still very prevalent on the new album—the other single, “Hare Tarot Lies” is powered by a snarling, fuzzed out guitar. This sound has just grown much larger, and sounds better organized this time out—“Lizard Kids” is a prime example. You could see this song having rough edges if it had been on their debut, but by taking advantage of a proper recording studio environment, the rough edges are polished enough that it’s still a tad abrasive, but is sonically much clearer.

In reading some press for this album, it says that the band recorded an entire record with Sune Rose Wagner of the band The Ravonettes, but then scrapped the entire thing because it was “too weird.” I guess I’m curious to find out what No Joy would consider to be “too weird.” Wait to Pleasure is certainly not weird, but it’s also an acquired taste. It’s much more manageable in comparison to their debut, and it is more palatable than some of their peers—like Ringo Deathstarr, as far as a casual listen goes.

Wait to Pleasure runs through many stylistic shifts—noisy, beat-oriented, atmospheric, brash, dreamy—sometimes it’s all of these at the same time. It’s also an album that shows a band with huge potential, and a band that’s not afraid to continue to grow into their sound.

Wait to Pleasure is available now courtesy of Mexican Summer.