In My Own Summer, The Shade is A Tool: on the passing of Chi Cheng, and a reflection on the Deftones 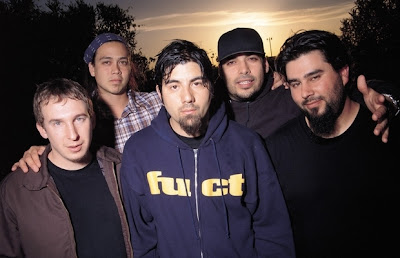 It may surprise you to learn that Deftones frontman Chino Moreno—two of his favorite records of all time are Disintegration by The Cure, and Loveless by My Bloody Valentine. In fact, while recording the band’s seminal 2000 release White Pony, he said he wanted the record to sound like Loveless, and in playing it for the band’s producer, Terry Date, Date said it was the most “coked out mix he had ever heard.”

While now it’s safe, thanks to a love of the 90’s and a love of irony, to say that seeing the New Kids on The Block was my first concert experience at the age of 7, I usually will say my first “real” concert was seeing the Deftones in Milwaukee in the fall of 2000. Touring in support of the aforementioned White Pony, a record that shaped much of my final year of high school, it was, needless to say, an intense experience.

There was a time, when I was between the ages of 15 and 17, that I would have said one of my favorite bands was the Deftones. I’m pushing 30 now (yikes) so my love for this band has obviously waned over the course of the last decade. However, when the Deftones do release a new album, I am apt to take note of it, even though punishing heavy metal guitars and larynx-shredding screams are not really my main thing anymore. 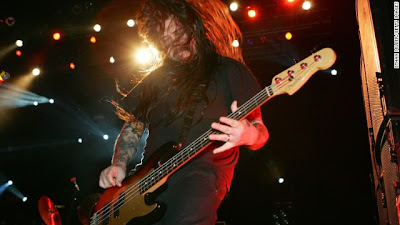 Last weekend I was saddened to learn of the passing of Chi Cheng, the original bassist for the band. In 2008 he was in a car accident that left him pretty much in a vegetated state. The band shelved the album they were working on with him, and eventually regrouped and recruited a new bassist, and continued to record. After I heard about Cheng’s accident, every so often, I would look for updates on his condition, to see how he was doing. After making some major steps for someone in as serious condition as he was, his heart suddenly stopped on April 13th.

The Deftones were, and I guess to an extent still are, a metal band with art-rock leanings. Frontman Chino Moreno’s eclectic tastes are subtly woven within certain songs. After hearing some of the material from their most recent album, Koi No Yokan, I wish they’d just make the arty, shoegaze album I know that they are capable of producing.

In preparing to write this piece, and in thinking about Cheng’s passing, I found my copies of White Pony and the band’s 1997 breakthrough Around The Fur. Around The Fur opens with a classic, late 90’s “nu metal” anthem—“My Own Summer (Shove It),” the refrain of which involves Moreno just fucking screaming the words “Shove it shove it shove it.”  Hearing that album took me right back to my sophomore year of high school, listening to a copy of it I put on cassette in my walkman as I waited for the bus.

I think I had revisited White Pony relatively recently. I know that I played “Change (In The House of Flies)” on the radio show I used to do. While it’s not an album that I’ve taken with me through a majority of my adult life, I was pleasantly surprised by how much of it had aged very well.  In all honesty, these are both still albums I could see myself jamming out to in the car—but would more than likely get some raised eyebrows from my wife. Playing them in the house may be out of the question—they may just be too metal for the sensitive ears of our companion rabbits.

A trait I’ve always admired about the Deftones is their ability to transcend genres, and that after many of their peers from the late 90’s and early 2000’s (your KoRns, your Limp Bizkits) have faded into punch lines, they’ve managed to stay somewhat relevant and interesting. And the blend of singing and screaming has given the band a unique dynamic. Moreno’s voice is gorgeous when he sings. But then sometimes he screams. And it is loud.

I don’t know what will ever become of the shelved album they were working on with Cheng before his accident. Now it may never see the light of day.  Chi Cheng’s passing obviously does not have me as shook as when Jason Molina passed away in March, but it has saddened me, and given me cause for reflection on the time when the Deftones were my jam.

Here are two of my favorite Detones songs, and apparently I only like songs that have parentheses on the titles.