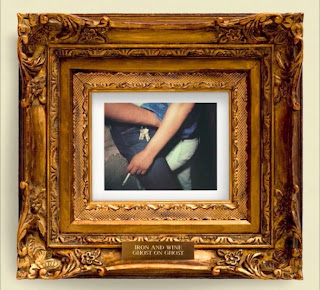 Ayo, Sam Beam. Seriously? What the fuck is this shit you are peddling now?

Sam, I feel bad, because you are one of my bearded brothers—but for real, B? Like, you should have maybe called it a day in 2005, going out on a high note, rather than coming back every couple of years with music that becomes more and more ridiculous.

Ghost on Ghost is Iron and Wine’s 5th album—and third in an on going series of horrible career choices. Iron and Wine, in its inception, was just one dude—Sam Beam—a bearded professor of film from Florida turned lo-fi singer-songwriter. His first joint, 2002’s The Creek Drank The Cradle was recorded using an old 4-track deck, giving it a very rustic, authentic sound.

Subsequent releases saw professional recording equipment and larger budgets, and by 2007, unfortunately Iron and Wine had grown into a much larger sound. And you know, it’s not even Iron and Wine as a “full band” concept that I am opposed to. There were band elements on 2004’s breakthrough Our Endless Numbered Days. That sound was expanded on the two EPs that Beam dropped in 2005—Woman King and the collaborative joint with Calexico, In The Reins.

But in between 2005 and 2007, Beam lost his way. The Shepard’s Dog, save for a few songs, was largely forgettable, and completely uninteresting to listen to. Even worse was his major label follow up, 2011’s Kiss Each Other Clean. It showed some promise with the lead single, “Walking Far From Home,” but by the time the album dropped, all hope was gone.

And now there’s this shit. Ghost on Ghost was announced in January of this year, and when I read that news, let me tell you, zero fucks were given. But now that I have started this blog, and now that I am attempting to not just write reviews of albums I am guaranteed to like—I thought I would give this a listen.

You may as well not even call this an album by Iron and Wine. This is so far removed from how this project initially began. Now I don’t want to stifle artistic growth or expression or whatever. But I don’t know how a dude can go from playing super sparse songs on an acoustic guitar, to getting his fucking Seals & Crofts on.

The entire album has a 1970’s AM radio-vibe, which comes off pretty derivative and insincere. Teaming once again with producer Brian Deck—who has apparently completely run out of ideas in the studio. Oh wow, you’re using that effect on Beam’s voice again so it sounds like he is really far away from the microphone, standing in a reverb chamber. Like on the vocals for “Low Light Buddy of Mine,” it’s mixed to sound like I am IN THE STUDIO with you guys. And oh man, you’ve made the percussion sound like it was literally lifted from an album recorded in the 1970’s. What a neat bit of studio trickery. 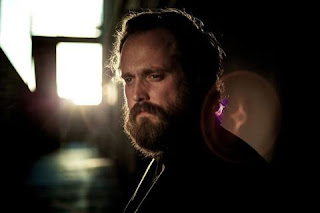 Throughout the album, Beam teeters into a faux-White Boy Soul/R&B sound, channeling 1977 Kenny Loggins and 1982 Michael McDonald. And if this were 1977 or 1982, this shit would probably be awesome. But it’s not. It’s 2013. And I love nostalgia just as much as the next person does. But I feel like Ghost on Ghost’s nostalgic intentions are not true.

Last year, after a decade of silence, R&B-Folk oddball Cody Chesnutt returned with a surprisingly mature sophomore album, Landing on A Hundred. The entire record is a throwback to the sounds of the 60’s and 70’s—and it’s convincing enough that when I was playing it recently, my wife asked who it was, and what year it was from.

Chesnutt, unlike Beam, really threw himself into the record—like you can tell he really means it. And unfortunately I do not get that impression from Ghost on Ghost.

Eight years ago (yikes) a friend gave me a copy of Our Endless Numbered Days, and I remember when I listened to it for the first time, I was genuinely moved by it. To this day, I am still moved by many of the songs on that record. But I sincerely doubt that Sam Beam and Iron and Wine could ever do that for me again.

If you must, Ghost on Ghost is available Tuesday courtesy of Nonesuch records. But i would strongly recommend not purchasing this album, because it is awful.

Instead, let's remember the good times: