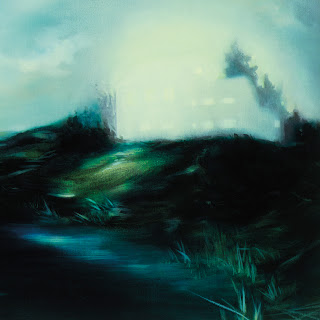 Around three years ago, back when my old radio show was in its infancy, it was actually The Besnard Lakes that I can credit with the advent of Shoegaze Tuesday.

In the early days of the show, when I was trying to play less “weird stuff,” I opted to play “Albatross,” the first single from 2010’s The Besnard Lakes Are The Roaring Night, because it walked the fine line between listener friendly and weird. As a big fan of near rhyme, Shoegaze Tuesday was created in an effort to slowly ease the people who listened to the show into a genre they were more than likely not familiar with.

Hailing from Canada, The Besnard Lakes sound revolves around the husband-wife duo at the front—Jace Laskek and Olga Goreas, both of who share vocal duties. They pull from a variety of styles and sounds, but if you had to put them into a genre, you could call them post-rock and/or shoegaze.

The band has a penchant for clunky album titles—Are The Roaring Night, Are The Dark Horse—and their fourth LP is no exception: Until In Excess, Imperceptible UFO, which honestly sounds like a Sufjan Steven song title, was released last week courtesy of the Jagjaguwar label.

Since I don’t get paid to sit around and listen to records and write these pithy reviews for this blog, occasionally I have to resort to becoming somewhat familiar with a record by listening to it at my desk at work—not the most optimal setting, but when it comes time to actually critique, I will slap the headphones on and really pay attention.

I’ve listened to Until In Excess quite a few times now, and my first impression is the same as my most recent—it’s kind of boring. It starts out super promising, with a very slow and dreamy Slowdive-esq track, “46 Satires.” The pacing already slows down after that though, with “And Her Eyes Were Painted Golden,” a very ornate song that relies on repetition, and airy multi-tracked vocals to disguise the fact that it doesn’t go anywhere.

The album’s first single, “People of The Sticks,” starts out with a nice squall of feedback, reminiscent to the guitar distortion on the aforementioned “Albatross.” This song, too, suffers from the fact that doesn’t go anywhere—it’s catchy, sure, but it’s also very forgettable.

“The Spectre” tries its hand at psychedelic-Beatle-esq pop, with mixed results. It tries to sound big—and it is a big song.  Actually, all of these songs are very theatrical. “The Spectre” is weighed down by length—six and a half minutes—a lot of it comes off as feeling forced.

The second half of the record (it’s only eight tracks) has all the same issues as the first half—catchy songs, yet uninteresting to listen to, and in the end, very forgettable.
Clocking in at around 45 minutes, every time I would listen to this at work, there would be a moment when I was like, “This album is STILL on?” and I would check to see what track I was on. It’s just a slow album—not in a good way, like “Oh let me take my time with this and really listen,” but more like, “Oh my god why isn’t this over yet.”

The Besnard Lakes are by no means one of my favorite bands. I just happened to REALLY like one of their songs three years ago, and it served as an introduction to their canon. I went back and sampled a little bit of Are The Roaring Night, and while it too has lengthy songs, some of which are divided into multiple parts, there was an aggression to their playing, and a less-polished sound to the production values. The songs also seem to be constructed around slightly more interesting ideas.

Until in Excess is by no means a terrible record. But it’s also not a great record. It falls into some kind of gray, middle of the road area. It’s listenable and palatable, but rarely memorable—it all too easily becomes just music to have on in the background, even if you are fighting hard to pay attention. 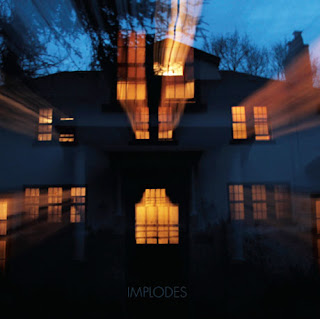 On their second record, Recurring Dream, Implodes also combine elements of shoegaze and psychedlia, but their result is more effective in comparison to The Besnard Lakes. Implodes are a relatively young band, based out of Chicago, and are signed to hometown favorite Kranky Records.

Recurring Dream is structured in a way that kind of draws your attention to just about every other song. It opens with a two-minute intro track of low drones and ominous sounds, before heading into the pretty straightforward “Scattered in the Wind.”  Both that song, as well as “Necronomics,” gives you a pretty clear understanding of the band’s sound—low, echoing vocals, fuzzed out guitar solos, delay and reverb heavy rhythm guitar, and cavernous drums. Their aesthetic could be compared to that of early A Place to Bury Strangers, although Implodes are fare more listenable, and not nearly as threatening or abrasive. It turns out, also, that six out of the eleven tracks on the record are actually, like, “legit” songs. The structuring with instrumentals as every other track is completely intentional, and creates some breathing room between each song.

After listening to the record a few times, I started to wonder if the interludes were present to distract slightly from how similar the songs all start to sound. That is a bit of a downside to Recurring Dream. The band certainly has a sound, and they really get as much mileage out of it as they can. The guitar soloing begins to sound the same after a few songs, as does the overall mood and feeling set by the band.

In comparison to their debut from two years ago, Implodes have dialed back a bit of the gloom and doom, and honed some of sheer noise into a manageable element to their sound, rather than just—here’s a bunch of noise with some unintelligible vocals over the top of it.

I found that Recurring Dream didn’t demand my attention, but it also wasn’t the kind of album I wanted to ignore. Maybe I was looking for more from it than it is able to give. It’s not bad by any means, but it also isn’t, like, a revelation in music. It simply exists. And if you are a fan of contemporary bands that continue on with the shoegazing sound, it’s possibly worth your time.

Until In Excess, Imperceptible UFO is available now courtesy of Jagjaguwar Records.