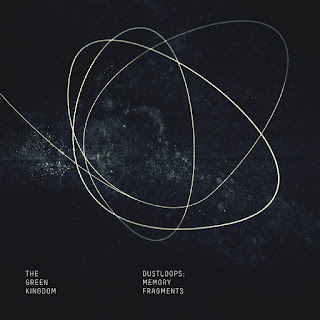 In a bit of a contrast to last year’s Incidental Music—a collection of songs that were a near perfect soundtrack for watching the snow fall slowly on a winter afternoon—the new album by The Green Kingdom, Dustloops: Memory Fragments, is a rather glitchy affair, perhaps best enjoyed late at night, driving around any major city, or on a freeway filled with patterns of red taillights.

I suppose the title is a dead giveaway that this is a different kind of album for The Green Kingdom—a one-man project, founded in Michigan, by Michael Cottone. I think the bio lifted from his website best sums up my interest in his music: “using a variety of digitally manipulated acoustic and electronic sources, sampled textures, noise and field recordings. Imbued with a sense of “optimistic nostalgia”, his soundworlds encourage introspective explorations and provide an escape from our sometimes hectic lives.”

Aside from the occasional electric guitar work heard in the first song, “dust_rds,” Dustloops is very synth heavy. It also makes use of field recordings, creating an interesting juxtaposition of the organic, outside world, with the very meticulous and technological world of keyboards, loops, and digital manipulations.

The Green Kingdom- ban_she
Dustloops does an excellent job of balancing out the various sources of its sound. Each song is structured differently—some are lead more by various synthesizer beeps and boops, with the ambient field sounds less predominantly featured. Others are built around the field recordings or other samples, and everything else files in accordingly around it.

Some of the tracks, like “On Golden Swamp,” and “ambin5,” recall the work of well-known electronic musician Moby, specifically his more beat-oriented pieces found on his 2011 joint Destroyed. Would I go so far as to declare the beats on this record as dope? Yes. Yes I would.

Like many other ambient/experimental artists, such as Nicholas Szczepanik, or Federico Durand, Cottone has a fine grasp of creating “fragmented memories” with his music. Dustloops is true to the expression “optimistic nostalgia.” Unlike the work of Durand and Szczepanik, whose work can be just downright heartbreaking, Cottone steers clear of that territory. It obviously isn’t “feel bad, “music, but it isn’t “feel good” either. It simply is here for you to feel. And I think what you end up feeling is open for interpretation. For me, Dustloops is late-night, headphones on, head bobbing music. 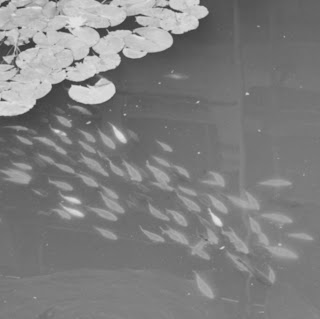 I first discovered Arc of Doves thanks to the inclusion of their song “I Remember When” on the ambient/experimental/electronic compilation Air Texture Vol 1. Hailing from Japan, Arc of Doves is a duo comprised of Tetsuya Nakamura and AFULL Kobayashi. Their sound falls into the spaces between the aforementioned genres, as well as “modern classical” (yes, that’s a thing), and down-tempo, and many of their songs are gorgeous beyond belief—like so beautiful that you can’t even put it into words.

Strangely enough, it’s an Italian label, Rohs! Records, that just released the Arc of Doves’ EP, Never Let Me Go. Originally self released digitally by the band, last year via their now defunct Bandcamp page, it has now been reissued—on 44 limited edition CR-Rs, which are long gone now. But you’re in luck—you can download it too.

Never Let Me Go, for the most part, sticks to what the duo do best—skittering beats, powerful piano work, and atmospheric background effects. Out of the six racks on the EP, only one is a bit of a clunker—the 8+ minute “Song of Praise.” Made up of various synthesizer tones and drones, the flaw is that it never really goes anywhere. It also occurs early on (the second track) but thankfully the next four songs allow recovery.

The title track, “Garden in The Rain,” and “Night Lights” are the strongest of the set, and the closing track, “Winter Lights” dips into the same somber, plaintive territory as “I Remember When.”