A Series of Small Flames: A Question of Where Elizabeth Powell Has Gone. 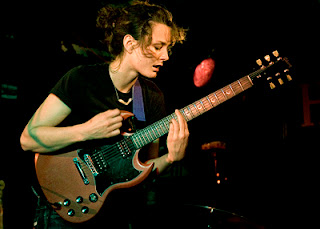 In this Internet age in which we live—where information is, quite literally, everywhere, you’d think you would know if a band you liked was still together, or if they had called it a day.

That is not always the case.

Land of Talk were, and possibly still are, an indie rock band from Montreal, fronted by Elizabeth Powell, backed by a somewhat revolving door of a additional players. At last count, in the fall of 2010, Land of Talk had grown well beyond the trio they started out as, requiring now an additional guitarist, a keyboard player, and a back-up vocalist. This was what was necessary to try to replicate the sound captured on the group’s ambitious second full-length album, Cloak and Cipher.

Land of Talk- Color Me Badd

Land of Talk formed in the mid-2000s, and has two full lengths and a handful of EPs to their name—many of which were released on the significant independent label Saddle Creek. Powell was recruited at one point to be a member of the Canadian supergroup/collective Broken Social Scene, and a member of the Arcade Fire contributed to Cloak and Cipher. Bon Iver himself Justin Vernon even produced their debut release—he and Powell were also romantically involved at the time.

Since wrapping up the tour in support of Cloak and Cipher, Land of Talk has pretty much disappeared. Their official website has been taken down, and in its place is a weird, shady looking site with links to old interviews with the band, and photos. Their webstore is closed “temporarily.” The last time the band played live was in June of 2011 for the Canadian music and arts festival North by Northeast. Their social media outlet on Facebook is full of posts from fans saying “we miss you,” or “please come back,” with the last message posted by the band dating back to the summer of 2011, when Powell was selling her guitar amplifier for $1,250. 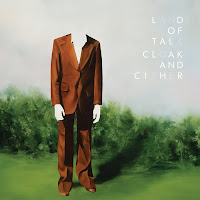 I knew that money was an issue for the band—for Powell specifically. In the summer of 2010, Cloak and Cipher leaked onto the Internet (as most records tend to do these days) and Powell took to Facebook to vent her frustration about people downloading the album and not buying it and supporting her and the band. I saw them play live when they were touring in support of the record—playing to a relatively full house at a small venue that holds a little over 200 people. She seemed genuinely moved by the amount of people there, and by the enthusiasm of the audience, and made a comment about having played a run of really bad shows prior to arriving in Minneapolis.

Like most bands do when playing live, Land of Talk kindly directed people to purchase merchandise from them. I had no problem coughing up $50 for the band—that got me a t-shirt, Cloak and Cipher on vinyl, and a cassette tape called The Beautiful Era, a collection of songs recorded by Powell when she was still a teenager. The tape, while self-indulgent at times, shows the promise Powell showed as a songwriter at young age, maturing into the material written for Land of Talk.

Aside from financial adversity facing the band in 2010, Powell herself had to recover from a hemorrhaging vocal polyp in the winter of 2008, shortly after they were finished touring in support of their full-length debut Some Are Lakes.

Nearly two and a half years have passed since Cloak and Cipher. Every time I wear my Land of Talk t-shirt, see their sticker on the bumper of my car, see their music files in the “L” section of my iTunes library—I stop and wonder just what the hell happened to this band. I wonder if it just got to be too much for Powell and she wanted to give it all up. I wonder if they will ever resurface or if they will be just another 2000s era indie rock band to fade into obscurity after one or two records.

Land of Talk- A Series of Small Flames

The band’s Wikipedia page hasn’t been updated to reflect the demise of the band, but whenever I think to check it for new information, I am concerned I will see the “years active” listed from 2006-2013. In 2010 when I saw them perform live, the band came back out for an encore, and I shouted as loud as I could, “A Series of Small Flames,” the incredibly emotional closing track from their 2009 EP Fun and Laughter. As she tuned her guitar, she said into the crowd, “No, I can’t play that. I would explode.”

So Elizabeth Powell, if you search for yourself on the Internet, and if you are reading this, please let everybody know if Land of Talk is done for good, or if you are on hiatus. I don't even care where you've been for the last three years.

If you are reading this, I hope that you haven’t exploded.