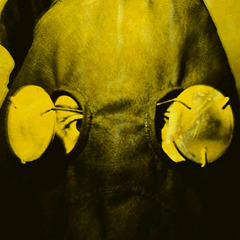 (shit is just straight up terrifying, for real son)


Somewhere on the Internet, there’s an interview with Sigur Ros where they, with what I believe to be a straight face, describe themselves as being a “heavy metal” band.

For anyone familiar with the Sigur Ros canon, that seems like a ridiculous claim. Less than a year ago, they released Valtari, a predominately ambient and experimental record. Surely they can be heavy at times—specifically their very early material—but I would never describe them as “heavy metal.”

It seems that the band, now a three-piece, is trying to up their brutality. They recently announced their seventh full-length, Kveikur (meaning “priming” according to the Internet.) When speaking about this new record, they’ve described it as being “more aggressive” in comparison to their other albums, so to prime audiences of what they can expect, on Friday, they released the first single from the album, “Brenninsteinn.”

Within the first 30 seconds of “Brenninsteinn,” it’s very clear that Sigur Ros aren’t here to fuck around. After a brief introduction of garbled static, the opening notes of the song are pretty punishing. The heavy, fuzzed out bass, loud and rattling percussion, and various guitar feedback squalls are all a little surprising to the ears. Presumably, in a live setting, this song will shatter you from within.

Hell, brenninsteinn translates to brimstone. So that makes sense.

Once the track gets going, the typical elements of a Sigur Ros song begin to appear—swirling strings, and of course, the very recognizable vocal stylings of frontman Jonsi. “Brenninsteinn” finds him singing in somewhat of a lower range—or at least not as high of a fragile falsetto as he has been known to. Also notable is the production work on his vocals—there’s some multi-tracking done to create the feeling of depth, and some shiny sounding reverb as well. 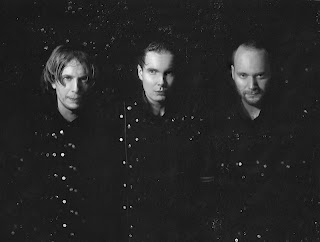 For a song that, at times, comes off as pretty menacing, buried underneath all that is a very well structured pop song, something that the band started to tinker with in 2005. It’s also very well produced—crisp and clean production allows for all the layers, and lord knows there are many, to come through very clearly.

The actual song itself clocks in at a bit over six minutes—the final ninety seconds serve was what people in the biz call an “outro”—more rolling guitar feedback over the top of warm sounding strings.

Along with the announcement of the new album, the tracklist was revealed. “Brenninsteinn” is the opening song—it seems like an obvious choice after listening to it—but one can only imagine where the other eight songs on the album go.

The announcement of the new album on Friday also coincided with the release of the Brenninsteinn EP, a digital release, emailed out to anyone who purchased tickets to their spring tour in North America. So really, if one were to look at it cynically, the three song EP cost $60+ dollars.
The other two songs featured on this EP are relatively inessential. The body of the email, presumably written by my good friends at Ticketmaster, describe them as:

Next is an opiated, slowed down reading of the same track from the band's home studio. Then finally, album outtake Ofbirta.

I don’t know who writes for Ticketmaster, but that’s pretty cringe-worthy right there. The second track, called “Hryggjarsula,” is less an “opiated” version of the lead song, and more a reinterpretation using only strings, and some miscellaneous ominous droning in the background.

The final track, “Ofbirta,” seems like it certainly is an album outtake, but from what album? It’s an entirely instrumental piece, comprised of various waves of ambient drones—guitar feedback, synthesizers, wordless vocal sounds, some kind of backwards sounding wave—this is more in line with everything on last year’s Valtari, rather than the more aggressive implications of the new record.


Here's the video for "Brenninsteinn." It may or may not be terrifying. You decide.


Sigur Ros’ new album, Kveikur,is available on June 18th, courtesy of XL Recordings. I have no clue if the Brenninsteinn EP will be made available to anyone who didn’t buy tickets to their shows—check iTunes on Monday or Tuesday?

And if you live in the Twin Cities and are reading this, it would seem there are still tickets available to their April 3rd performance at the "legendary" Roy Wilkins Auditorium in scenic downton St. Paul.