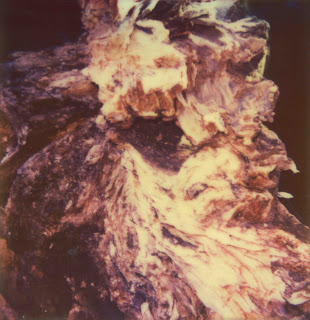 So I’ve listened to this new Benoit Pioulard album, Hymnal, a couple of times now, and I’m not really sure how I feel about it. I don’t dislike it, but I’m not 100% sold on it as a whole. Sure, there are some incredible songs on it—specifically “Hawkeye,” which will, without a doubt, be on my top ten list of best songs from 2013. But the rest of it is kind of confusing to listen to from start to finish.

Benoit Pioulard- Hawkeye
Benoit Pioulard is the performing name of Thomas Meluch, who has been putting out music for over a decade on CD-Rs before signing to Kranky in 2006. I am not well versed in his back catalog, but his name pops up on various ambient/experimental/drone compilations, and so when I saw he had a new full length out, I figured I would like it.

The main problem with Hymnal is that, stylistically, it is all over the place. Meluch has a hand in numerous sounds and genres, but rather than blending them together to create a somewhat unique sound, for the most part each song is sonically self-contained.

The sounds are split mostly between ambient droning, which is great, but it seems super out of place when juxtaposed against what the rest of the album sounds like. Meluch has crafted a hybrid of folk, pop, and psychedelia that sounds very familiar while also sounding rather original. It actually evokes a very strange feeling when listening—like déjà vu, I guess. You want to try to place the obvious influences or styles, but you can’t accurately do it.

Between the droning and the straightforward stuff, there is little overlapping. Of the twelve songs present, four are instrumental, drone-based pieces. They are also all solid compositions—the album’s centerpiece, the six-minute “Gospel” being the obvious stand out as far as atmosphere and tone.

The other eight tracks are all predominately acoustic guitar centered, very direct pop songs. As I said in the beginning, “Hawkeye” is by far the most impressive song on this album. The mixture of the low sung vocals, the lo-fi aesthetics, and the driving guitar strumming just craft a surprisingly gorgeous song.

The same formula is tried out on many of the other pop pieces, but rarely with such results. One of the last songs, “Litiya” impresses with it’s subtly string arrangements, and delicate guitar string plucking.

Production wise, there’s a lot of additional “found sound” and sound collage noise tossed in throughout, as well as a ton of tape hiss on the pop songs, giving it a very lo-fie feeling. Then drone tracks like “Gospel” and “Censer” are cleaned up in comparison.

The lack of cohesion makes this a bit of a frustrating listen. I do not not like this record, but I’m at a point where I feel like I should like it more. Had this been a 100% drone record, I’d be all over it. If it was 100% pop music, yeah I’d probably still dig it. But unlike R.Kelly and Jay-Z—this is not the best of both worlds.