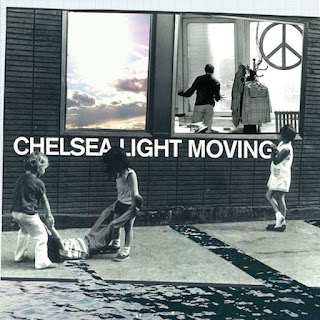 In the summer of 2009, Sonic Youth released and subsequently toured behind, The Eternal, their 15th studio album. In late July, they were scheduled to play at First Avenue in Minneapolis. I was in the middle of planning my wedding, taking place on August 1st—I was on a budget, and really couldn’t spare the time to go to a concert. I thought to myself, “Oh well, I’ll catch them the next time they come through.”

My first experience with Sonic Youth was in 1994, when I saw the video for one of their more accessible songs, “Bull in The Heather.” With my hard earned allowance money, I purchased the album, Experimental Jet Set, Trash, and No Star on cassette. At 11 years old, I don’t recall quite having the same grasp on noise rock that I do now, but I can recall liking a bulk of the songs included. When I listen to that record now, however, it does take me back to the summer of ’94, and it’s a record that’s been with me for so long, it’s like a familiar friend.

In October of 2011, I was very surprised to read that the marriage of Sonic Youth’s co-founders, Kim Gordon and Thurston Moore, was ending—which pretty much meant that the band was finished, although nobody has yet to officially state that. I was a little miffed at myself for not figuring out a way to go to their show, two years prior to this announcement. And I was also just bummed in general about this news, as well as the note that ended up being their final—The Eternal is not that great of an album. 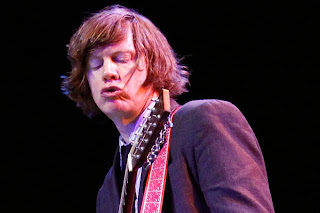 (making a bit of a douchey face while playing the guitar)

Chelsea Light Moving make the most out of their leader’s marquee name—when touring, on bills they are advertised as “featuring Thurston Moore.” Their self-titled debut record is ten tracks long, and most of them are flat out awful. They sound phoned in, some of which sound like outtakes from Moore’s solo efforts, others sound like songs written for Sonic Youth that the rest of the band vetoed.

At times, I felt genuinely embarrassed for Moore that he would even commit these songs to tape—“Lip” is just about the most asinine thing I have heard in a while; a short, bratty punk number, with the following insipid drivel for lyrics:

(Those come courtesy of CLM’s blog, where these were posted in October of last year.)

There are also some cringe-worthy moments courtesy of “Groovy & Linda,” and “Mohawk.” It’s funny—many of these songs teeter into a self-indulgent running time, many of them have long instrumental breaks. So it’s just really a shame that the few lyrics that were written are just abysmal.

I went into this not expecting a new Sonic Youth album, but I was not prepared for how incredibly disappointing this is. Musically, it treads into many styles—a few of the songs have hints of Sonic Youth’s song structure, and Moore’s trademark alternate tuning. But occasionally the guitar solos veer into a kind of “classic rock” sounding territory. And occasionally, there’s an outburst of black metal. Moore, a notorious fan of black metal, also is a part-time member of the metal group Twilight, joining them on their forthcoming release.

All of these sounds coming together create a somewhat connected, yet somewhat confusing record. Coupled with the phoned in vibe throughout, and the terrible lyrics, Chelsea Light Moving is easily forgettable. Listen at your own risk to this album, available now thanks to Matador Records. Yeah, thanks Matador.

Sonic Youth- Bull in The Heather, from Experimental Jet Set, Trash, and No Star