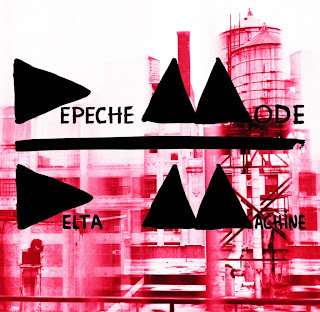 There are at least two memories, possibly three, I have that I associate with Depeche Mode.

The first is from the summer of 1993. The summer I turned 10, I spent most days at my friend Paul's house—my mother worked, his did not, so she watched me, and I watched myself become less and less interested in being friends with Paul throughout the three months between 4th and 5th grade.

We would occasionally watch television in his living room, watching music videos on MTV. One video I vividly recall seeing a lot was Depeche Mode’s “I Feel You.” And as a 10-year old, I can recall being really bored every time it came on, flipping the channel for a few minutes until we thought it would be over.

“I Feel You,” to some extent, attempts to recreate the juxtaposition of a blues riff with a modern synth-pop sound, exemplified in their previous single “Personal Jesus.” The video, filmed in artistic black & white, featured a very sultry woman, looking into the camera in a very sultry fashion, as well as various shots of the band—including a very greasy looking Dave Gahn, smacked out of his mind, shuckin’ and jivin’ to the music, lip syncing towards the camera. 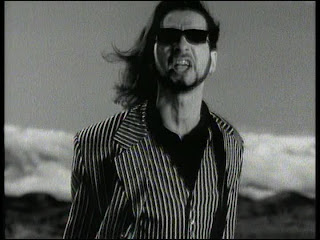 (look at this fucking guy.)

The second memory of Depeche Mode involves my development of actual interest in the band, thanks to the second single from their 1997 album Ultra. It was summer again, the year I turned 14, and the video for “It’s No Good,” was getting a lot of airplay. It featured a recently cleaned up Dave Gahn, still looking very greasy, playing some kind of strange lounge singer/pimp, sporting very sparkly leisure suit.  To this day, “It’s No Good,” is still an incredible song—timeless, I suppose, in it’s sound.

I never owned a copy of Ultra—I believe I had purchased the “It’s No Good” Maxi-Single with my 8th grade graduation money—along with some other choice 1997 releases. For some reason, that summer, I made a lengthy mix tape to play in the computer room, or in the garage when I was shootin’ hoops (because I’m so athletic.) I remember that “It’s No Good” came right after Third Eye Blind’s seminal “Semi-Charmed Life.” So to this day, whenever I hear the ending of “Semi-Charmed Life,” I immediately want to hear the first synthy notes of “It’s No Good.”

Also, please do not be jeal jeal of my mix tape making abilities at the age of 14. 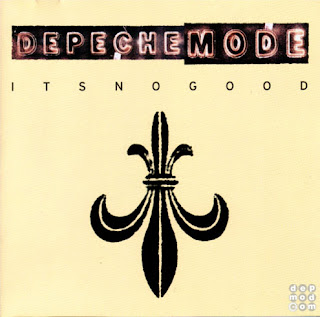 The third and final memory of Depeche Mode comes in early 1999, when I was a sophomore in high school. Through my love of both the band Failure and The Deftones, I discovered a Depeche Mode tribute album—For The Masses. The Deftones contributed a rather shouty, yet somewhat authentic version of “To Have and To Hold,” while Failure nailed the DM classic, “Enjoy The Silence,”—a cover so good that Martin Gore himself has said he prefers their cover to the band’s original. It was also during this time that I somehow struck up somewhat of an acquaintance with the high school basketball coach, who I also had a teacher—of what class, I can’t even recall. Somehow we started talking about Depeche Mode, and that in college he was a huge fan.

I went into Depeche Mode’s new album, Delta Machine, attempting to look at things somewhat objectively, but all I could think about for at least the first half of the record is how these songs will sound when performed at the Minnesota State Fair in August. The Twin Cities tour stop on the band’s itinerary isn’t in an arena like the Target or the Xcel Center. It’s at the Great Minnesota Get-Together. So I’m thinking of carnies, livestock, and Dave Gahn, wearing a sharp, shiny suit, mascara around his eyes, performing for the masses. Also, worth noting I feel, is that it is the only stop on their tour that is taking place at a State Fair.

Delta Machine is the band’s 13th proper studio album. I am by no means the world’s biggest Depeche Mode fan. I’d say that I have a passive interest in the band. They release a new joint every three or four years, and whenever I see that information in the music news, I think, “Oh hey, that’s cool. I’m glad they are still around.”

From what I can tell, Delta Machine is most certainly a Depeche Mode album. I’m not saying that in a negative way, or even a positive way. I am just stating it as a fact. While by today’s standards, their late 80’s and early 90’s heydays sounds super dated, but they those are classics—“A Matter of Time,” “Personal Jesus,” and “Enjoy the Silence.” For some reason, I have a hard time thinking that anything off of this record will be considered a classic, twenty years down the line.

That’s not saying that there aren’t good songs on Delta Machine. It’s just saying that latter day Depeche Mode, like many artists who have been at it for this long and continue to record new material, lacks the immediacy that their earlier material had.

Maybe it’s because the last glitch/synthy record I listened to at length was the Atoms For Peace album Amok, but there were a few times on here that I thought the beats and some of the synth work was very Amok-y. Delta Machine is very synth heavy—like sometimes I was thinking, “ayo, how many keyboards you need on this track, son?” The album gets off to a bit of a slow start, but the tracks “Heaven, “and “Secret to the End” are both moody enough to remain interesting, and keep the pacing moving.

Depeche Mode- Secret to The End

As the record approaches the halfway point, “Broken,” one of the more guitar-driven attempts to recall echoes of their early material. At the half though, things lose steam with “The Child Inside.” The following track, “Soft Touch/Raw Nerve,” is bombastic enough to try and pick the pacing back up, based around relentless, festival headlining-ready synthesizers.

In the final moments of the album, “Soothe My Soul,” is another track that revisits their early sound and overall vibe, while the closing track, the aptly titled “Goodbye,” is built around another slow bluesy guitar riff, but also features some obnoxious synthesizer tones that do not fit at all with the overall atmosphere the song is trying to create.

Again, I am by no means a Depeche Mode aficionado—just a guy who needed a new release to write a review of for his blog, and my passive interest in the band lead me to pick this record. If you are a fan of the band, chances are you will enjoy this record. Maybe not as thoroughly as Violator or Music for The Masses, but no doubt you will find hearing Dave Gahn’s voice and Martin Gore’s wall of synthesizers like sitting down for a drink with an old friend.