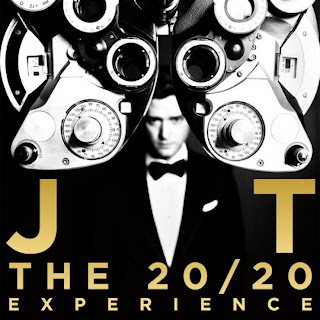 The general consensus right now in popular culture is that I need to love everything that Justin Timberlake is doing. Every self aware, shit eating grin he flashes the camera on Saturday Night Live, every rap song he butchers with TV’s Jimmy Fallon, every perfectly combed hair in his coif, and every aspect of his “comeback” album The 20/20 Experience. I feel like I need to be tripping over myself to be fucking in love with the very essence of J.T.

This is not the case.

At what point did Timberlake begin believing he was the second coming of Michael Jackson? The King of Pop’s penchant for self-indulgency is plastered all over The 20/20 Experience, Timberlake’s third effort as a solo artist—a former teen pop sensation WHO DEMANDS TO BE TAKEN SERIOUSLY AS AN ARTIST—and his first album in seven years, which is today’s pop marketplace, is a lifetime.

The longest song on 20/20 is a hair over eight minutes. If “Justin Timberlake” were the name of a post-rock band, I would be fine with the lengths of these songs. This is obviously not a post-rock record. At only ten songs, the standard edition of the album fills up nearly the entire space of a compact disc—and this doesn’t include the two additional iTunes/Target “Exclusive” bonus tracks.

In 1991, Michael Jackson released Dangerous, the ridiculous (in a good way), excessive, and incredible follow up to Bad. Dangerous was the first of Jackson’s records to take full advantage of the compact disc format. At 14 songs, some of them are self-indulgent in length, but over the last 22 years, that’s something that has never bothered me. The big reason that the songs on Dangerous work is that they are consistent from start to finish—never pausing with a false ending. One of the biggest fatal flaws of 20/20 is that at the halfway point of many songs, you hear the song coming to a natural, unforced ending.

However, the songs continue, occasionally feeling phoned in, or like the last halves are comprised of failed ideas, and that nobody in the studio had the heart to tell J.T. he should have cut the track at 5 minutes.

I went into The 20/20 Experience not wanting to hate it—because everything and everyone is telling me that I NEED TO FALL IN LOVE WITH THIS ALBUM. But halfway through the opening track, “Pusher Love Girl,” I knew I was in trouble, and that this wasn’t going to work. Nearing the five minute mark, the song forces itself through the ending it built up to—continuing with Timberlake ad-libbing and faux-rapping through a vocal compressor—“My heroin, my cocaine, my plum wine, my MDMA.” This is sung over skittering, Timbaland beats, while a sampler with Timberlake’s own voice is triggered—“I’m a ju ju ju ju junkie for your love.” 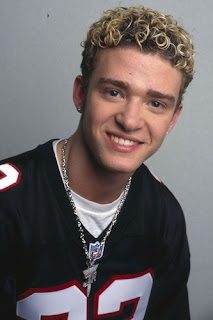 The album’s lead single, “Suit and Tie,” is a strange mixture of the “white boy soul” persona Timberlake has adopted for this album (sonically and visually), odd production techniques from Timbaland—the robotic crawl of the intro, the very clean-sounding verses and chorus, and finally, there’s the out of place appearance of a very tired sounding Jay-Z, who pops up on a guest verse towards the second half of the song, bringing the pacing back down to the crawl from the beginning.

I don’t know what direction Hov was given for this track, but one can glean it was to rap about being in the 1%: “This is truffle season, time for tuxedos for no reason,” is just one of the gems he drops. It may just as well have been, “JT asked me on this track for no apparent reason.”

You crazy for this one Jay.

Throughout a bulk of the album, one thing that struck me, and actually bothered me was how flat out rapey many of the lyrics, or at least the implications, are. On the relatively insipid “Strawberry Bubblegum,” I did a double take when this was uttered: “Don’t ever change your flavor cause I love the taste, And if you ask me where I wanna go, I say all the way.” Elsewhere, on one of the bonus tracks, “Dress On,” I actually cringed at “But girl I’m ready to marry you, Yeah right here in the restaurant, And start on our honeymoon, While you still got your dress on.” Yikes.

The middle section of the record is largely forgettable—many six to seven minute tracks, filled with pre-hooks, hooks, choruses, etc. The problem facing 20/20 isn’t that every song sounds the same—far from it. It’s just that they have so many similar elements, it’s very easy to get bored and disinterested, and they grow predicable. If you are a clockwatcher, as soon as you see the five-minute mark approaching, most of the songs then take a turn for the worse. On many of the tracks, Timberlake bites another trademark Michael Jackson move—multi-tracking his own voice to fill in background vocals. It’s most apparent on the faux-tribal sounding “Don’t Hold The Wall.”

After the apparent Miami Sound Machine-influenced “Let The Groove Get In,” is the album’s saving grace. Late in the game, the second single, “Mirrors,” sounds dramatically out of place, but it is one of the most listenable songs on the album. It is a pop song in its purest form—not dressed up in “white boy soul” that covers the rest of the album. I would actually go on to say that the straightforward pop aspect of the song is a bit of a call back to his days in 'NSYNC. “Mirrors,” opens with a 24 second moment of shimmery electric guitar and heavy duty synth—it’s a huge song, just fucking gigantic, and if there’s any part of this album that screams anthem, or screams summer radio hit, or even screams possibly one of the best songs of 2013, it’s that moment, and it’s the next five minutes that follow. It’s a powerful song—Autonomous Sensory Meridian Response inducing when the chorus hits. It so good I don’t even mind Timbaland’s beatboxing within the layers of percussion.

Then it unfortunately descends into an unnecessary epilogue, built entirely around the chant of “You are You are You are the love of my life”—partially sung through a talkbox, partially sung in Timberlake’s lower range, while he continues to prattle on with “whoas” and “oohs” until the song thankfully ends—the vocal distortion is slightly reminiscent of the second half of Kanye West’s magnum opus “Runaway.” Although this is certainly not as effective, or necessary.

The album closes with an interesting slow jam, constructed around a reversed piano progression (maybe this is a post-rock album after all.) “Blue Ocean Floor” seems like it was written with the sole purpose of being the final song on the album—and it does that job. Sure, the lyrics are saccharine and over-dramatic, but it’s surprisingly beautiful, and surprisingly somber. At just over 7 minutes, this is one of the songs where the length doesn’t become an issue. The only drawback is a terrible bridge section that comes in at exactly 5:00, and lasts like 30 seconds, before putting you back within the song. As it closes, the strings and decaying reversed samples slowly are engulfed in a watery sound effect.

We get it. The song is sinking at the end.

Much will be made about what an artistic statement this is for Timberlake. How it’s an album-oriented record with a few hints of what could be singles when trimmed down to four minutes. Some would probably go on to talk about how uncommercial and non-traditional it is, given the song lengths, and the overall concept behind the record, and people may not “get it.” In analyzing the album more, I realized that this was Timberlake’s attempt at making his own What’s Going On? or Voodoo. 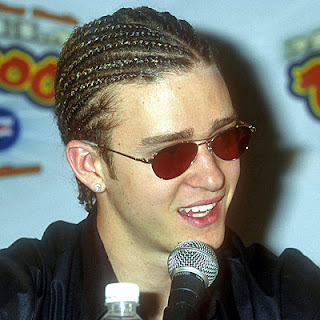 I started writing this piece on Sunday, March 17th, two days prior to the release of the album. Since then, reviews from legit publications have started pouring in—an 8.4 on Pitchfork (also lauded with “Best New Music”) and a four-star review from Rolling Stone, which everybody knows means nothing, really. However “artistic” you want to say this album is, it is, at the core, completely commercial. It sounds like it cost a fortune to make, and while some casual listeners may have a problem with eight minute songs, the songs, in general, are all “easy on the ears,” designed for mass consumption. It’s a commercial record because it has it’s own special edition only available at Target. It’s commercial because it’s coming from the guy who sang “I’m Lovin’ It.”

If you were to analyze the lyrical content of 20/20, much of it would fall into the general category of “love songs.” Timberlake is such a celebrity, such a brand, that it seems unfathomable to humanize him. It is easy to write the female presence many of these songs are directed at as a faceless girl, as in a “Hey Girl,” or “Oooh Girl,” but it’s more difficult to grasp that these could very well be about Jessica Biel—Timberlake’s wife.

One of the lingering questions after listening to The 20/20 Experience is: Who is the intended audience for the album? The audience that ‘NSYNC appealed to in the late 1990’s has grown up—they are all in their late 20’s or early 30’s now. And today’s teenagers have another young, popular singer named Justin to fawn over.

In the promotion for 20/20, I’ve noticed there’s been a huge push towards the hipster crowd. Pitchfork has been covering this thing since it was announced, and I feel like within the cool 20-30 something crowd, there’s such an abundance of nostalgia for the 90’s (even the late 90’s), that even people who didn’t like boy band pop are looking back, saying “yeah, those are pretty well written pop songs.”

Last week, Vice ran an interesting piece posing the questionof if Justin Timberlake actually matters in 2013. The conclusion they came to is that he doesn’t. In the years covering his absence from performing, Timberlake began acting, and as of late, has become some kind of media mogul, with a hand in revitalizing My Space. When pressed with the question of when he’d return to music, he turned it around to say “if” he returned—saying he felt uninspired and wasn’t 100% committed to it.

Vice pointed out, very accurately, that it seems he made The 20/20 Experience to remind people that he is still a musician, and that even people who are good at everything need to fail once in awhile. Perhaps I shouldn’t have read that piece prior to listening to and subsequently writing a review of this record.  I’m not sure if it caused a lack of subjectivity. Believe me, I wanted to like it. A friend of mine listened to the advance stream on iTunes last week (the best way to listen to music these days) and told me that it was “hot” (his words, not mine) and that I should give it a listen. Hot is not what I took away from my 20/20 Experience. Tepid, yes. Not hot.

So to whoever you are—if you’re a gal in your early 30’s and your first concert was ‘NSYNC, a hipster who cares about artistic credibility, or somewhere in between—I hope you got more out of your 20/20 Experience than I did.