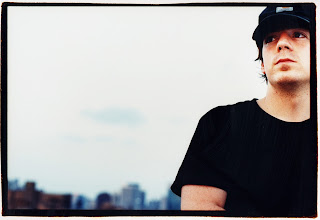 For somebody who managed to write a four-page essay on the new Justin Timberlake album, I find that I am somehow at a loss for words when I have sat down to try to write about the life and untimely passing of Jason Molina.

When I started this blog in January, I had a list of ideas for pieces to write—aside from the track and record reviews, I had wanted to write long form essays about artists that I really liked, and music that I had specific memories attached to. Jason Molina was on that list, and it is really unfortunately that these are the circumstances under which I now write about him.

Jason Molina died on Saturday, March 16th, 2013. According to the press release that has surfaced since this was announced, he was 39 years old, and after a lengthy struggle with alcoholism, it was kidney failure that ended his life. Over the course of his career, under his own name, as well as that of Songs: Ohia and The Magnolia Electric Company, he put out around 14 proper studio albums, the final being 2009’s Josephine. By that point, his dependence on alcohol was too great, and the entire tour to promote the album was called off.

His health troubles were made public in the fall of 2011 with a post on his website, and in May of 2012, Molina wrote a short post discussing how he had been in recovery, shuffling back and forth between Chicago, England, West Virginia, and Indiana. He said he was doing well, but had a long ways to go; “It is slow going, but it is going.”

Nearly a decade ago, when I was in college, I remember my friend Colin telling me about both Songs: Ohia, and The Magnolia Electric Company. I was standing in his dorm room, both of us looking towards the Mac Mini on his cluttered desk, and he told me two things about Jason Molina:

The first was a story about how when playing a show in our very own college town of Dubuque, IA, Molina ended the show early because he just seemed too depressed to continue.

The second story, which apparently was a common occurrence, involved a show in Iowa City, where the general tone had been set by Molina that the audience was undeserving of his music.

The second story, about the audience being undeserving, happened quite a bit apparently, as this very old Pitchfork review of Pyramid Electric Co points out.

My friend Colin has a family now—a wife and a newborn daughter. He’s openly admitted to me he no longer reads music news as regularly as he used to when we were both younger, if at all now. And he has, in a sense, stopped listening to music all together. I sent him a text message the day Molina’s passing was made public, and after his initial “holy shit,” he said, “It’s kind of heartbreaking. That guy got me through some angsty times.”

The more I read people’s responses to Jason Molina’s passing, the more that sentiment rang true. 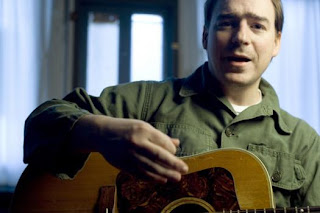 I’m not a super fan by any means, so maybe I’m the last person who should be eulogizing. It was in October of 2012 when I finally sat down and immersed myself in parts of his canon—the essentials, of course, are 2002’s Didn’t it Rain, released under the Songs: Ohia moniker, then the follow up, 2003’s confusingly titled Magnolia Electric Company. Was that the band’s name now? Was that the album name? Molina claims it was both.

At the time, the album I grew most attached to was one he released under his own name—2004’s Pyramid Electric Co. It’s a short set of incredibly raw and bare-boned songs, recorded three years prior. The song “Red Comet Dust,” was the one that made me specifically take note of this record.

There’s a truth within Molina’s music. When I listened, I was moved by so much of it—the raw emotion he put into everything. Stylistically he was all over the place—from the early ramshackle, lo-fi days of Songs: Ohia, to the sparse solo recordings, to the Crazy Horse influenced country rock of Magnolia Electric Company—no matter what the sound, he put every bit of himself into those songs, and when you listen, you can feel it. He had a voice that could be both fragile and confident. His lyrics could be flat out devastating—the line “paralyzed by the emptiness” in “Blue Factory Flame” is just heartbreaking to me, and the first time I heard it, I couldn’t believe my ears. 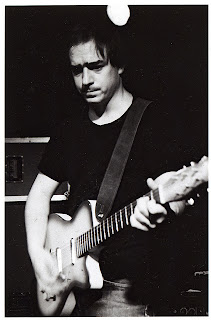 There are many people in the world who have been fans of Jason Molina for exponentially longer than I have, but upon reading of his death on Monday, I was heartbroken. His death is not only tragic due to the circumstances, but also because he was such a gifted songwriter, and spoke to so many listeners, summing up their feelings in ways they could never do.

(from Ghost Tropics)
Songs: Ohia- No Limit on The Words

(from The Lioness)
Songs: Ohia- Tigress