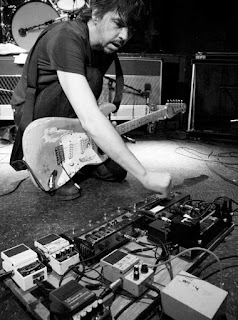 Sometimes days go speeding past, Sometimes this one seems like the last, It's a sad and beautiful world...

There’s nothing to do in Faribault, MN on a Sunday afternoon. All of the shops in what remains of their downtown district are closed, and the one coffee shop, aptly named The Coffee Shop, isn’t open at all on Sunday.

Usually, on a Sunday afternoon in early March, my wife will have to spend a bulk of her day in Faribault, a town about ten minutes from our own, because the community orchestra she plays bassoon in will have booked a concert in the town’s performing arts center. They have a rehearsal two hours before the show, roughly a 45-minute break, and then the concert itself.

On this particular Sunday—Sunday, March 6th, 2010, while trying to figure out something to do during her rehearsal, I sat on a bench in front of the close Coffee Shop, pleased to find that their unprotected wireless internet was up and running. This was months before either of us had smart phones, and so I relied solely on our laptop for my general dinking around on the Internet.

All of this backstory, as fascinating as it is, is actually very important to this simple fact: sitting on a bench in a relatively destitute town, I read the news that Mark Linkous, the driving force behind the band Sparklehorse, had committed suicide.

Sparklehorse first wound up on my radar in 1998, after the release of their sophomore effort Good Morning, Spider—in the review of it that I read in probably Rolling Stone, it said that Sparklehorse had been selected to open for Radiohead two years earlier, after they heard a song on the radio in a cab.

Linkous was a tragic figure right from the beginning—while on tour with Radiohead in 1996, he overdosed, was unconscious for 14 hours with his legs pinned beneath him. The potassium that built up over that time, once he was found and pulled up off the ground, caused his heart to stop for several minutes. After surgery, he was left wheelchair bound and required months of kidney dialysis.

Concerned over brain damage suffered because of the overdose, Linkous also experienced bouts of long, serious depression, and for many years, had no memory of the overdose even taking place. All of these themes are prevalent throughout his work, specifically in Good Morning, Spider, written while he recovered.

One of the most interesting things about the sound Linkous was able to achieve with his band was the wide range of styles, yet being able to maintain some kind of cohesion over it. There are elements of folk, post-punk, pop, and just straightforward rock—and it all has his trademark touch. 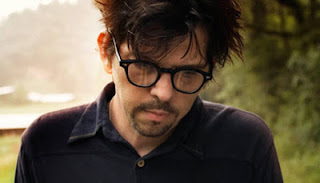 Prior to his passing, Linkous released four albums under the Sparklehorse moniker, releasing It’s A Wonderful Life in 2001, and Dreamt For Lightyears in The Belly of A Mountain in late 2006. At the time of his death, he had been working on new material, and had struck up a musical partnership with producer Danger Mouse—the two worked on Dreamt together, as well as a on a collaborative book and record set with David Lynch entitled Dark Night of The Soul—which ran into legal issues prior to the projected 2009 release date. Sadly, two days before Linkous’ passing, it had been announced that they were working on getting the album out in 2010.

Some of you reading this may know me personally, or at least maybe you read the very first post on this blog—anyway, for a while, I use to have a daily radio show. It started in late March of 2010, but in March 2011 and 2012, I attempted to remember Mark Linkous on my show. Both times, the show got off to a late start because a Minnesota Twins spring training broadcast ran over. The first time it happened, in March of 2011, I was also in the middle of a bit of a personal crisis, so I seem to recall pretty much losing my shit on the air. Last year, I don’t really remember, but I’m willing to bet I didn’t have a great attitude.

So writing about Sparklehorse and Mark Linkous right now is important for me because my previous attempts at paying tribute both ended up somewhat botched.

Linkous was able to write heartbreaking lyrics, and at times, dress them up in such a fashion that a casual listener would never notice. And then sometimes, his songs were just flat out devastating. His 2001 album, It’s A Wonderful Life, with its irony-riddled title, is my favorite. The opening track, also the title track, is a favorite of both my wife and myself, for pretty heavy reasons I won’t get into here. The musical landscape of It’s A Wonderful Life is so eclectic—there’s the fuzzed out rock of “King of Nails,” the pop structure of “Piano Fire,” which also features PJ Harvey on back up vocals, and then the heartbreaking slow jam “Sea of Teeth.”

The grizzly details of Linkous’ suicide are readily available online. He left no note, and had been busy working on the fifth Sparklehorse record at the time. Those recordings, still presumably unfinished, have yet to be unearthed. Who knows if they will ever even see the light of day? Elliott Smith’s posthumously released album, From A Basement on A Hill was unfinished at the time of his death, later completed by his producer—who openly admitted, “This is not the record Elliott would have made.” Three years later, would we want to hear a record that Mark Linous would not have made?

Sparklehorse were never a commercial success. They were critical darlings, and had a steady fan base. I have no idea how Mark Linkous will be remembered in history—a musical footnote, another rock ‘n’ roll suicide. But every March 6th, I just like to stop for a minute and think about him, his music, and the impact it had on me.