Album Review: Solange - A Seat at The Table 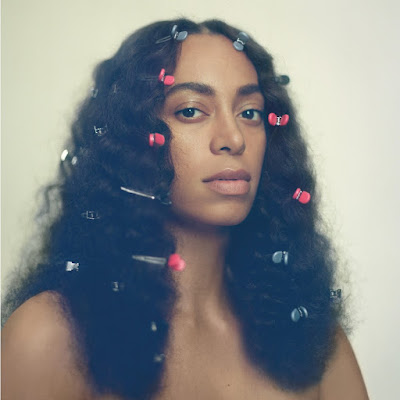 Jokes aside, you could ask her sister Solange, who, with her third full length, A Seat at The Table, is taking gigantic strides to step into her own as an artist.

Solange began her career, much like her sister, as a teenager, and she released a maligned pop album in 2003, following it up in 2008 with something leaning into more of a Motown sound.

The Solange we know her as now started to take shape in 2012 with the release of the True EP, a collaborative effort with Dev Hynes, who also performs under the name Blood Orange. On Seat, she collaborated with neo-soul legend Raphael Saadiq, and in doing so, has created an album that encompasses the feeling of post-Badu, smooth R&B and soul, and speaks volumes on what it means to be both black, and a woman, living in 2016—similarly minded to HEAVN by Jamila Woods, only exponentially more dense and layered.

And it’s that density that may be off-putting to some listeners at first; A Seat at The Table is a demanding album. It requires active listening so that the point of the album isn’t lost, and truthfully, it’s best enjoyed on a pair of headphones so that there is little, if any, distance between you and Solange’s message.

Sequenced into 21 separate tracks, the album itself is designed to work as one cohesive piece. Yes, there are some specific moments you would be able to pick out and label “singles,” or play on their own (we’ll get to those in a minute) but from the moment this begins, you can tell how much work was poured into making Seat concept album meant to be ingested as a whole—with eight spoken interlude tracks connecting one song to the next, creating one emotional journey discussing race and womanhood both in the present as well as the past, it’s Solange’s attempt to be taken seriously as an “artist” with a capital “A.”

Needless to say, A Seat at The Table is a lot to take in throughout the course of slightly less than an hour, and occasionally, Solange’s ideas and concepts become a little overwhelming and blunt; “Don’t touch my hair,” she sings on the aptly titled “Don’t Touch My Hair”—quickly following that up with “Don’t touch my pride”; then, later, the accusatory refrain of the song that asks one question—“What’d you say to me?”

She continues that bluntness in the album’s second half in “F.U.B.U.,” which stands for exactly what you are thinking it does. “All my ni**as let the world know, play this song and sing it on your terms. For us—this shit is for us. Don’t try to come for us.”

Yes, she may cross the line and hit you over the head with these ideas, but don’t get it twisted—that shouldn’t, and in the context of the album, doesn’t detract from the importance and urgency of what she has to say.

As I had mentioned earlier, there are two songs that are able to stand on their own outside the cycle of the album, as well as being two access points for a listener who may be slightly intimidated by the idea of taking A Seat at The Table on.

“Junie” arrives within the album’s latter half, and it is by far the album’s most exuberant track—featuring Andre 3000 crooning the song’s gleeful refrain: a simple “Jump on it” while jaunty piano, precise and crisp sounding drums, and funked out keyboards and bass propel the song forward.

A Seat at The Table’s most impressive and devastating moment arrives very early on in the album in the form of “Cranes in The Sky”—a song that Solange apparently wrote eight years ago after Saadiq provided her a CD of instrumentals to consider, one of which is the skeletal drumming, bass, and swirling string accompaniment the finished song is based around now.

Lyrically, the song finds Solange at her most personally honest and vulnerable, writing in very frank terms her failed attempts at coping methods. “But that just made me feel sadder,” she confesses, layering her voice in different octaves as she returns to the word “away” throughout, before channeling all of her inner turmoil into the song’s breathtaking refrain.

A Seat at The Table is a stark meditation on difficult topics. It handles them in an impactful, urgent, impressive and surprising way—it’s surprising to hear Lil’ Wanye’s aside about attempting suicide tossed out on his verse in “Mad”; and it’s surprising to hear, of all people, Master P pop up in a number of the album’s interludes to discuss his own journey through race and success in America.

However, despite the subject matter, it’s handled incredibly gracefully and Solange rarely foregoes pop sensibilities, which shows what an intelligent songwriter she is becoming with time. A Seat at The Table is an album made by these times, for these times. By the time the album ends, there is no resolution or easy answers found to the questions asked, but there is a glimmer of hope in the final interlude, as Master P states, “We come here as slaves, but we going out as royalty, and able to show that we truly the chosen ones.”

A Seat at The Table is out now digitally via Saint/Columbia. Physical releases will follow in November and December.