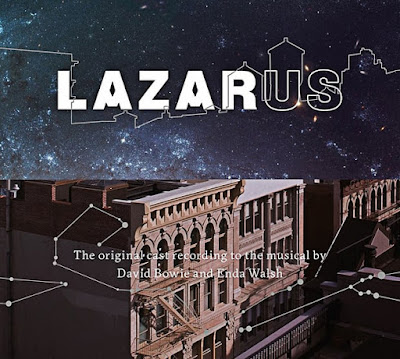 I may have erroneously, partially panned David Bowie’s Blackstar. But how was I supposed to know he’d be dead 48 hours after the album was released?

I had a tough time with Blackstar; it’s a difficult album that does not lend itself well to a casual listen. And of course, in retrospect, I can see why it was created to be that way.

David Bowie died on Jan. 10th, 2016, from a cancer that he kept secret from the general public. The news, as expected, was shocking, and people began to look at Blackstar as a bit of a cryptic goodbye to his fans. The signs are all there if you look hard enough. “I know something is very wrong,” he begins on the album’s final song, “I Can’t Give Everything Away.”

Released as a sparse seven-song collection, some of the material from Blackstar was also intended for an off-Broadway musical called Lazarus, featuring Michael C. Hall from TV’s “Dexter.” The play enjoyed a sold-out run in New York at the start of 2016, and will be performed in London in November.

Music from throughout Bowie’s career serves as the backbone of the play, and included in the recently issued original cast recording of Lazarus are three “new” David Bowie songs left over from the Blackstar sessions—“No Plan,” “Killing a Little Time,” and “When I Met You.”

Sonically speaking, all three tracks are cut from the same cloth as Blackstar; the album itself, as dense as it was layered and as difficult as it was to unpack, sounded incredibly crisp thanks to the slick production values from Bowie’s regular collaborator Tony Visconti.  “No Plan” may be the best example—there’s meticulous detail in the way the drums sound, the plucking of the upright bass strings, the faint string resonation of the electric guitar, and then Bowie’s voice wafting in over the top of it all—“Here, there’s no music here,” he sings, hauntingly. “Am I nowhere now?”

It’s very apparent that “No Plan” also matches the dark mood of the rest of Blackstar—right down to the slight dissonance in the song’s refrain.

“Killing A Little Time” is quite a juxtaposition—the heavy hitting drumming and shredding guitar calls to mind Bowie’s “industrial” phase in the mid-1990s; however the near pontification of the lyrics is very in-line with songs like “’Tis A Pity She Was A Whore.”

The last of these additional tracks, “When I Met You,” is the most up-tempo of the trio, but it’s also the one where Bowie stacks the most dissonance and cacophony—two elements that were very present throughout Blackstar. Layering an off-kilter acoustic guitar strum with a strong, driving rhythm that powers the whole song, Bowie overlaps his vocals during the song’s refrains as well as during its second verse, giving it a disorienting feeling.

The question that remains after listening to these three songs is where, if at all, could they have fit in on Blackstar? Or, were they always intended to be left off of the completed album? Blackstar itself is amazingly self-contained, and while these are similar sounding and somewhat thematically connected at times, you have to wonder if these would have worked well within the context of the other seven songs.

Time will be kind to Blackstar. It was critically lauded upon release, and for as difficult and dark of an album as it is, it will be revered and mythologized because it was Bowie’s (possibly premeditated) final recorded statement. In contrast, the same will not be said for Prince’s final album, the mostly maligned Hit n Run Phase Two, released five months before his sudden passing.

Much like the recently released “lost” Bowie album, The Gouster, these additional three songs do not add anything of major note to his legacy, nor to the take anything away. It’s just another interesting face to his artistic output. For the Bowie completest, or for those looking to add another layer onto Blackstar, they are worth listening to and engaging in. However, being released 10 months after his death and being billed as the “final recordings” of David Bowie, there is more than a slight tinge of sadness that seeps into them.

And, along with that sense of sadness, I will say that there is more than slight sense of exploitation to the release of these songs. Tacked on to the end of the Lazarus cast recording, in order to milk as much money from Bowie’s fan base as possible, the songs are all listed as “album only” from digital music retailers like Amazon, Google Play, and iTunes.

I think this customer review from the iTunes store sums it up best: “I would just like to purchase 3 new Bowie songs, but I don’t really need David from Six Feet Under murdering “Heroes,” uh, thanks, but I’ll pass on that. Unfortunately, the label and/or iTunes is forcing you to purchase $14 worth of theater kids caterwauling Bowie’s catalog in order to get $3 worth of actual Bowie tracks.”

Bowie's former label, Columbia/ISO, is doing a fine job of keeping these tracks off of YouTube. You can purchase the Lazarus soundtrack from the David Bowie online store.