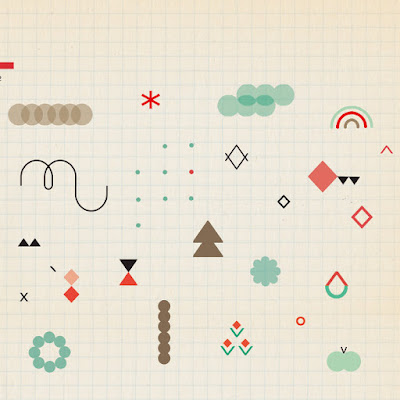 Apparently not content with only releasing one record in 2016, Argentinian ambient composer Federico Durand is following up his January release, Through The Mirror, with another effort—Winter Garden—released via the Japanese imprint Nature Bliss.

Continuing with what Durand does best as an ambient/instrumental performer, Winter Garden finds him creating mostly short, evocative vignettes of sound that do their best to create an atmosphere of fragile, bittersweet comfort and reassurance.

The press materials for the record indicate that this is Durand’s most “silent” album (they’re right) and that each track was recorded in one take—which is rather impressive, and shows the mastery he has over the instrumentation and devices he uses to create and manipulate sounds on the spot.

Winter Garden, aside from the ‘live’ feeling the album has, as well as its quiet nature, is what you could call “classic Durand;” it has a very familiar feeling, right from the get go on the introductory piece “Lilium.” That familiar sensation is because on Winter Garden, Durand continues the sound design he has been working toward with his more recent full-length efforts—focusing on tape loop manipulations along with reserved and retrained compositions that swirl around you as you listen, crafting a melancholic, nostalgic sensation.

Instrumental and ambient music is often used to conjure up specific feelings—that melancholic nostalgia is a big one, as is the aforementioned comfort and reassurance; but it can also be ominous and create an unnerving tension or dread. Durand has never been that kind of ambient composer, and Winter Garden is not that kind of album—though the low rumbling of “Canción de las gacelas” is not exactly as inviting as other tracks on the record. However, that is then juxtaposed with the more whimsical sounds of the chime-heavy “Mariposas nocturnas.”

For as short as a number of these compositions are, Winter Garden is a very deliberate album that unpacks itself very slowly as you listen. There are moments where it starts to sound a little samey, or at least you may here echoes of one song in another—and that isn’t necessarily a bad thing. Over subsequent listens, it only lends itself to the cyclical nature of the album as a whole, demonstrating just cohesive this set of pieces is.

Overall, Winter Garden is yet another thought provoking, impressive set of songs that are beautiful in their own warbled, fragmented way, and listening to them can even make banal activities like your 15 minute break at work or washing the dishes seem like moments that you want to hang on to.

Winter Garden is out now as a digital album and on compact disc via Nature Bliss.