William Basinski - "only majesty and sadness were left" 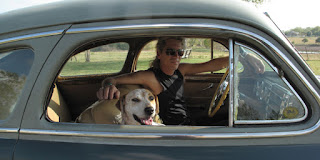 Apparently, from a distance, “Disintegration Loop No. 2” sounds like a train.

Sometimes, in my office, I pull up my five-hour playlist of William Basinski’s The Disintegration Loops, and I just let it run throughout the course of the day. Occasionally I stop it if I leave my desk for a while, but usually, it just plays through until it reaches the end.

Twice, within the same day, two different co-workers were near my desk and said, “Is there a train sound coming from your computer?”

“No,” I told them. “It’s ‘Disintegration Loop No.2.’” Then I would proceed to turn the volume up slowly, so they could hear that it is, in fact, not a train, but a tape loop decaying over time. But try explaining that, as well as the overall concept of The Disintegration Loops series to people who are 20 to 30 years older than you.

The work of William Basinski has rose in prominence over the course of the last decade, thanks to the process music series The Disintegration Loops –a project with a compelling back story that has been told so many times, as a recent review of the Disintegration reissue on Pitchfork put it, Basinski himself is tired of telling it. The story involves tape loops recorded decades prior, being digitized and slowly falling apart and decaying while the digitizing process occurred. The story also involves the morning of September 11th, 2001.

Basinksi is a classically trained musician, spending much of the eighties and nineties in the New York City avant-garde scene, where he created compositions based on tape loops played back against themselves. Many of the recordings, commercially released within the last five or six years, are all constructed around loops made upwards of thirty years prior. 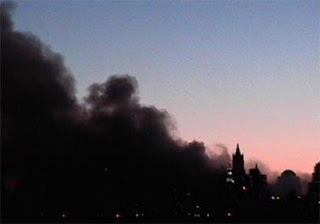 It requires quite a bit of patience to actively listen to Basinski’s loops. Whether it’s the process music cycle of The Disintegration Loops (all five hours of it), or his stand-alone pieces like “El Camino Real,” hunkering down and really thinking about what you are hearing really takes a lot. And depending on which loop you are on in the Disintegration cycle, or if you find yourself within the sequence of loops originally captured on September 29th, 1982, listening can really take a lot out of you as well.

Some are quick to hastily write off ambient, or experimental music, as just background noise, or to say that it is uninteresting. If done right, music like this can be astounding. If done poorly…well, just search “ambient” in the “discover” section on Bandcamp.com sometime, and you’ll see what I mean.

Basinski’s loops demand your attention. There is no way to negate them to music you have on while you clean your house.  In fact, it is maybe best not to have them on at all unless you can devote yourself completely to them. When I listen at work, I find that if someone comes into my office to ask me a question, or I have to step away and pause the music—it’s like I’m being pulled away from a dream I do not want to wake from just yet.

With a lot of ambient music, specifically the guitar work of California based artist Kevin Greenspon, or the sound collages of Nicholas Szczepanik, I find some form or reassurance as I listen. Reassurance of what, I am not certain. There is also always a heavy sense of nostalgia, or remembrance that comes along with music such as this. 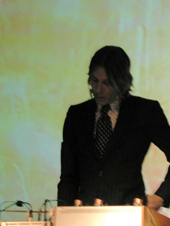 And there is also a very apparent sense of sadness.

There are times when I am listening to a piece by William Basinski, and it just hurts. Like it just hurts way too god damn much than it should. There is such a sense of grief, and sorrow within, it is almost just too much to bear. There’s of course the devastation surrounding the various sounds of The Disintegration Loops—the third loop is the most apparent. But his 50-minute piece “The Garden of Brokenness,” created around somber piano loops, leaves me with this unshakable sense of emptiness.

And then there’s the feeling conjured up by the latter half of the September 29th, 1982 cycle—parts four, and then three (they are out of order on the compact disc.) Part four, a 20-minute creaky piano loop—exponentially more somber than the aforementioned “Garden of Brokenness,” pans back and forth between left and right channels, is absolutely hypnotic. Part four builds a texture similar to many of the Disintegration Loops—all encompassing mournful waves of sound fading in, literally taking everything over, and then slowly fading away.

The word “hypnotic,” used above, is an excellent word to describe, in general terms, what music like this does to you. Or to me, specifically. Maybe not to you. Somebody with less patience, and a far less refined musical palate may scoff at the notion of listening to a five-hour cycle of ambient loops. Never have I once been bored by the loops of William Basinski, or felt that it was all just entirely too self-indulgent. There have been times, actually, that I have wished certain pieces were longer. These simply just engulf, and it is almost a shock to the system when they end.

I’ve talked a lot about sadness, and emptiness, and a lot of other downer things here—and yes, many of these pieces are just really fucking sad. But there is a sense of hope in some—a majority of The Disintegration Loops have a hopeful sound to them, which is an unsettling juxtaposition given the compelling story surrounding them. The first loop (also the longest) is the most hopeful, almost minimally triumphant sounding even, and the fifth and sixth loops have a sense of hope and resolve to them.

Listening to theses pieces takes effort, and it really takes the right kind of person to take something away from this experience. This isn’t for everyone. I’d go so far as to say that these aren’t even for the faint of heart. The MP3 files within this entry are all excerpts from very lengthy pieces—except “92982.3,” that really is only seven minutes. If you do end up enjoying any of the samples, I do implore you to seek out the full-length pieces (all available for your convenience in iTunes.) And if you do listen to these in their entirety, I hope you can take away even half of what I have from them.