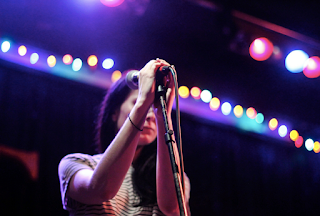 If you aren’t familiar with the name Anna-Lynne Williams, hopefully you are familiar with her voice. There’s the guest spot she did on the song “Hold Tight London” by The Chemical Brothers from their 2005 joint Push The Button. Perhaps you have heard Machine, the collaborative record she released in the summer of 2012 with artist Robert Gomez, under then band name Ormonde. Perhaps you know her from her longest running project, Trespassers William, a shoegaze-meets-folk band that formed in the late 90s, who had some of their tunes used in WB television shows like “Buffy The Vampire Slayer” and “One Tree Hill,” and released three full length LPs before dissolving in the late 2000s and officially calling it quits on New Year’s Day 2012.

Or maybe you know her for her solo output, released under the alter ego Lotte Kestner. There’s her prolific Bandcamp page where she has uploaded various collections of b-sides, as well as self-recorded cover songs, but there are also the proper Lotte Kestner albums—2010’s China Mountain, and 2011’s Stolen (a set of covers.) Late in February, Saint Marie Records is releasing The Bluebird of Happiness, Williams’ third effort under the Lotte Kestner moniker. 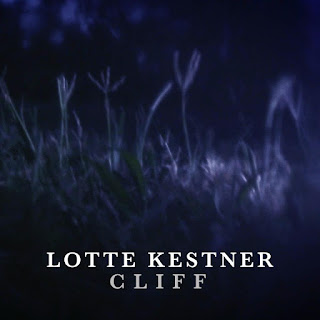 “Cliff” is the first single taken from the new record, and it further continues the sound that Williams had been working towards in some of her most recent self-recorded covers—less present is the guitar, and more focus is included on the warm sounds of the electric piano. Williams suffers from extreme tendonitis, so playing the guitar isn’t as easy as it once was during her days with Trespassers William, so she has adapted her songwriting to cope with this turn of events.

Anna-Lynne Williams has always been able to transcend the tag of “female singer/songwriter” or “girl with an acoustic guitar” because of her ability to fully realize the potential of a song. “Cliff” works so well because it includes light orchestra flourishes and the faintest of percussion.

“Cliff” also, like many songs written by Williams, captures a very somber vibe—musically as well as vocally, within the short 3:50 running time, it creates a world all of its own. Her voice is fragile at times, but always confident, and gets assistance from the multi-tracking of her own voice. It is, in a word, sad, but it is arranged beautifully.

"Cliff" is available now from the iTunes store, and The Bluebird of Happiness is available on February 26th, courtesy of Saint Marie Records.