I Will Collapse Into Thin Air: a look at the brief, wondrous life of World Leader Pretend 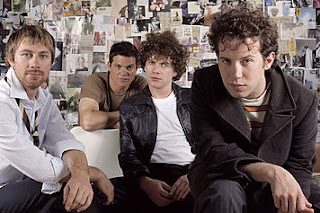 Call it what you want—fate, or just conveniently being in the right place at the right time—it was that that lead me to my discovery and subsequent obsession with the New Orleans based band World Leader Pretend.

It was June of 2005—I had graduated from college, like, a month earlier, and was currently unemployed, broke, and living at my mother’s house. Some night, pretty late, or early in the morning, I guess, depending on how you look at that—anyway, I couldn’t sleep. So I got up, and quietly made my way down to the living room, and I braced my eyes for the harsh light of the television.

In 2005, MTV was well into not giving a shit about music, but I don’t think it was as bad as it currently is. And at whatever odd hour of the night it was, I managed to catch some kind of Coca Cola sponsored “New Artist” profile. The profile was on a young, up and coming buzz-worthy band from New Orleans—World Leader Pretend.

Up until that point, WLP had one independently released LP to their name—released in 2003, now WELL out of print. They some how had generated interest from major labels after forging a letter from a club in Chicago, sent to a New Orleans newspaper, complaining that the band trashed the stage, setting it on fire as they performed (this of course did not happen.)

But it did grab the attention of major labels, and according to their Wikipedia page, a bidding war ensued for who could sign the band—Warner Brothers won out in the end. Leading up to the release of their full-length Punches, the band released a quick four-song EP in March of 2005, entitled Rubble-Rousing Misspent Bouts.

All this, and more, was featured in the brief piece that I watched, transfixed by the sound clips played throughout—this was a band I needed to seek out. IMMEDIATELY. 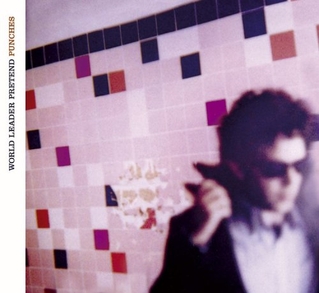 Punches was released at the end of June, and being that I was currently residing in a very rural town, I knew it may be hard to procure a copy. Luckily, at the start of July, I had turned 22, had birthday money burning a hole in my pocket, and the day came where I was able to travel to the next largest town over, a hot spot for urban sprawl and retail stores. And of all the places, I found the one copy of Punches available at Best Buy.

That record, eight years later (god I am old), is still incredible, and nearly as refreshing to listen to as it was the first time I put it on. The record, quite literally, startles the shit out of you as soon as it begins—the opening track, “Bang Theory,” begins with a loud, thunderous drum hit and cymbal crash.

It’s an ambitious record—obviously made with all that great major label money. It sounds huge, and expensive. Every song is overflowing with bombast and pomp—it’s ridiculous to think that these were just young guys, in their early 20s, and this was their SECOND ALBUM. On their debut, Fit For Faded, singer Keith Ferguson sounds like his channeling Thom Yorke as hard as he is able to (occasionally he pulls it off.) On Punches, there are trace elements of Yorke, as well as Bono—although Ferguson’s voice comes into its own throughout the record. And it soars. It soars above the music. It soars higher than the sophomore album by an unknown band should be soaring.

The band spent the summer playing festival dates, and then started out on a United States tour in the fall, doubling as a way to get out of New Orleans during the devastation from Hurricane Katrina. The band actually was featured on the “Today Show” on NBC in Katrina’s aftermath—during a week showcasing artists from New Orleans, as well as helping out with a “Houses in a Box” campaign—where houses were built by volunteers and shipped down south. From the plaza at 30 Rock, the band played the upbeat “Tit For Tat.”

It was in the fall of 2005 that I went, by myself, to see World Leader Pretend play to about 20 people at a hole in the wall in Iowa City named Gabe’s Oasis. There was much ado about me going—I almost backed out, because I didn’t want to go by myself. But my then-girlfriend (now wife) convinced me that I should. Then there was trying to find a place to park—I lucked out with a near empty, well lit, cheap parking garage that was operated by the University. Then there was finding Gabe’s. I think I walked passed it twice—it was that much of a hole. And the few people I stopped on the street to ask where it was did not know.

Eventually I found it, gave the grumpy looking doorman my ticket, and made my way up the stairs to find—a pretty empty, dumpy rock club. A loud all-girl band was on stage performing—Go Betty Go was their name. They were awful, and I was glad I walked in with only like one and a half of their songs left.

Since going to a concert by yourself is kind of depressing and awkward, I just kind of stood around, waiting for WLP to go on—I made some really forced small talk with the singer from Go Betty Go.  She was British. She seemed disillusioned by the whole “being in a band” thing. She wanted me to buy their c.d.  I didn’t.

Eventually, World Leader Pretend took the stage. I was the only one of the 20 people there standing anywhere near the stage.  They opened with “Fish,” a song from their debut Fit For Faded. And while my memory is a bit fuzzy, since it’s been, you know, like eight years, I think that was the only older song they played. The rest of their set was comprised of Punches material.

At a certain point in the set, one of the members of the band said, “If you guys have anything you want to hear, shout it out.” I’m guessing he was not expecting anything in response, but I yelled back “Into Thin Air,” which they proceeded to play—an especially gorgeous arrangement of it featuring only Keith Ferguson playing the keyboard and singing.


Their set ended with the eight-minute atmospheric jam “A Grammarian Stuck in A Medical Drama.” As the band walked off of the stage, out into the club, their guitarist Matt Martin, came right up to me, shook my hand, and started up a conversation.

Whenever I have what I consider to be a “brush with fame,” like many people, I tend to get star-struck. Sure, Matt Martin of World Leader Pretend was just a normal dude, but this was a big deal to me. So there was a lot of “oh man you guys are great” on my part. He very genuinely thanked me for my interest and enthusiasm during their set, and he added that many of the shows on their tour were embarrassingly unattended.

We talked a little more about music (Broken Social Scene came up at one point) and he asked a little about me—where I was from, etc. Eventually, we made our way over to their merchandise table—I obviously already had a copy of their album, and I had purchased a t-shirt online about a month before that. So I left with two stickers and a few buttons, as well as a poster I ripped off of the wall on the way in, signed by a few members of the band—the bassist and keyboard player were nowhere to be seen when everybody else was around signing it. 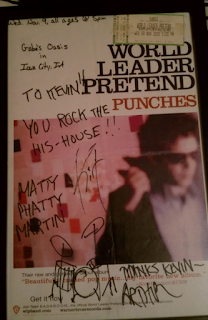 Before I left, Matt Martin of World Leader Pretend asked me if I wanted to hang for a bit and have a drink. I declined, saying I had to drive back about 90 minutes and that I had work the next morning. In retrospect, I really wish I had stayed for that drink, and that I would have supported them more by getting another t-shirt.

Similarly to the trajectory of Punches, beginning with a loud bang, ending with “Catch,” a barely audible one-minute epilogue to the album—such was the career of World Leader Pretend.

By the time Wikipedia became the place to go for information about bands, in 2008, their page ended with this: “The band broke up in early 2008, shortly after traveling to Seattle, Washington, to record their 2nd major release, due to "artistic differences" within the band.”

So what has World Leader Pretend become? Barely a footnote on the history of “alternative rock” in the 2000s? An obscurity only known by a select few? Just another compact disc on my shelf, filed in the W section, next to Enter The 36 Chambers by the Wu-Tang Clan? The answer is “yes” to all of those questions.

The disappointing thing about the demise of World Leader Pretend—aside from the fact that they imploded—is that they really left no trace behind them. There’s very little information left online about them. It’s not bad enough to say “it’s like they never existed.” But it’s pretty close. Another disappointment is that there was never an official statement on their breakup.

I still have my WLP t-shirt. The shirt itself had seen better days by 2008 or 2009, so I cut the design out of it, and my wife was kind enough to sew that onto a different t-shirt, thus preserving the band just a little more. I still play their records—not very often, but often enough. Listening to Punches now, it takes me back to a completely different time in my life. I was younger, fresh out of college, a full head of hair, broke, and living on my own in a shitty basement apartment.
According to Amazon dot com, as of this writing, there is only one new copy of Punches left in stock, however there are new AND use copies starting as low as a penny (ONE SINGLE PENNY) in the Amazon marketplace. And of course, Punches is available to download from the iTunes Mega Mart—complete with incorrect cover art.  I would strongly recommend you check it out.