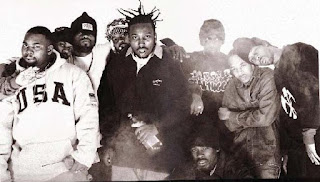 I don’t know why I hold up every new hip-hop record to those of the golden era coming out of the east coast in the early to mid-nineties. Even if there is a contemporary artist who can copy that sound, there will still be something missing.

In November, the landmark debut full-length from the Wu-Tang Clan, Enter The 36 Chambers will turn twenty years old. Out of that golden era, some of the most revered hip hop records were released, many of them from Wu members—GZA’s Liquid Swords, Raekwon’s Only Built 4 Cuban Linx, Ghostface Killa’s Ironman, and the most infamous of them all—Return to The 36 Chambers by the late Ol’ Dirty Bastard.

Of the nine original members of the Wu-Tang Clan, some of them were able to parlay their early success into mainstream super stardom—most notably Ghostface, and (the overrated in my opinion) Method Man. Some members were able to maintain a level of respect in the game—GZA, RZA (known for his production skills and the tight, controlling vision that gave Wu their original success), and Raekwon. And then there were the quiet ones, or put less gently—the bottom tier Wu members, including U-God, Inspektah Deck, and Masta Killa. 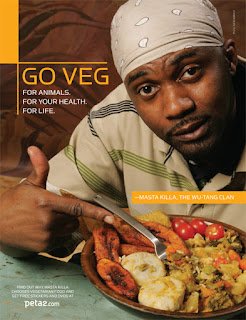 (masta killa is a vegetarian, which is why he's an awesome dude)

Wu-Tang’s original record deal was written in a way that allowed each individual member to pursue their own solo deals with whatever label courted them. Over ten years after their debut was released, one of the quietest members, Masta Killa, released his first solo joint, No Said Date, notable for one of the final recorded performances by Ol’ Dirty Bastard on the strange and hilarious song “Old Man.”

Cut to almost another ten years down the line, and Masta Killa has just released his third solo album. Although the title “album” is iffy to some—clocking in at barely over a half hour, some reviews (all tepid) I have read of Selling My Soul have looked at it as some kind of stopgap side project released prior to his proper third album Loyalty is Royalty. Selling My Soul arrived with little fanfare in the middle of December—a horrible time to release a record, unless you are moving Rhianna units prior to Christmas. 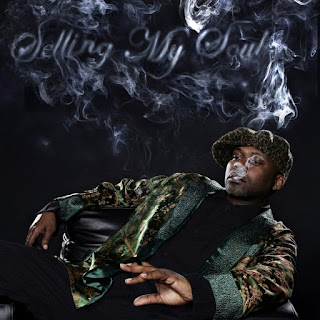 Selling My Soul is a bit of a confusing record, stylistically anyway. It’s all over the place—beats constructed around old soul samples, beats constructed around a bit of a modern r&b vibe, and then there’s “Cali Sun,” a track featuring west-coast second tier rapper Kurupt, and a beat that sounds like a discarded Dr. Dre demo. The rest of the album actually works, but “Cali Sun” arrives right in the middle, and completely disrupts the flow.

Selling is also weighed down by unnecessary “skits,” as they are labeled—but they are more like interludes in between songs. The only one of merit is the first track, a clip lifted from movie dialog, where two characters speak of an individual who is often forgot about, and “fades into the background.”

When this record actually works, it really does work—the first three real songs, “Soul and Substance, “ “R U Listening,” and “Things Just Ain’t The Same” are all stand out tracks.

As the album closes out, Masta Killa raps over the music from Tupac’s legendary joint “Keep Ya Head Up.” Why? I have no idea—“Wise Words” isn’t even so much rapping as it is just talking while an iconic slice of 1993 plays in the background.

The final track serves as an odd homage to R&B performers from the 1960s and 70s, and then R.Kelly. About half way into the track, it then turns into a tribute to the late Ol’ Dirty Bastard, as Masta Killa begins to spit the lyrics to “Hippa to The Hoppa.”

Uneven at best when looked at overall, Selling My Soul actually does have some worthwhile tracks to listen to, and it shows a performer, the “quiet one,” who may not be prolific, but is not afraid to show the world what he has been working on—whether it is warmly received or not. 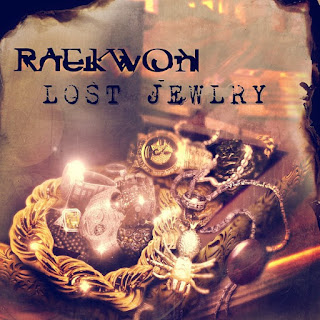 Masta Killa isn’t the only Wu member working on a new album, and who felt the need to release something to tide people over. Raekwon, while working on the follow up to his 2011 effort Shaolin VS Wu-Tang, just released an “EP” entitled Lost Jewrly (and yes the incorrect spelling is correct.) Rae said that this collection is tracks he kept in his “jewelry box,” or rather, rhymes and tracks he kept for himself, and decided to release it now, for free, as a thanks to his fan base.

The label EP is used loosely here—this is a twelve track mixtape, not counting the two advance singles released off of it that don’t even show up on the final product. Within this set, Raekwon stays true to the material found on his 1994 solo debut, Only Built 4 Cuban Linx. Many of the tracks here are dark narratives of life in the hood: gun play, the manufacturing and distribution of crack.

Musically, the tracks are credited to a variety of producers. Some of the stand out beats are credited to Roads-Art, specifically the final two tracks on the EP—“To The Top,” and “Whatever, Whenever.” Production wise, the quality of Rae’s voice is inconsistent. The attention to detail on vocals was something that the RZA was known for. It’s been noted countless times that on the original run of Wu solo efforts, as well as on their debut, he created specific pre-amps for everybody’s vocal delivery. That technique has since gone by the wayside. Some of the tracks sound like they were recorded with professional studio equipment. Some of them sound like they were recorded with an inexpensive microphone going into a cheap direct box, hooked up to a MacBook.

The best track on Lost Jewlry is “Hold You Down,” a song that owes a lot to an era of hip hop from the late 90s, into the early 2000s—a smooth beat, and a strong female R&B singer on the hook. In this case, it’s the Notorious B.I.G.’s widow, Faith Evans. 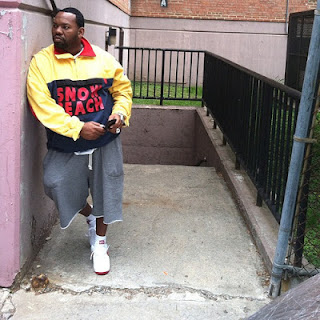 The odd thing about this collection is the two singles that were given away prior to the release of Lost Jewlry—“Neither One of Us,” and “Never Can Say Goodbye”—were not included in the official release. Both of these songs are outstanding, and actually harken back to some of the vibe from Masta Killa’s album; they both are structured around classic soul songs. “Never Can Say Goodbye,” obviously, borrows very heavily from the song of the same name by The Jackson Five.  “Neither One of Us” samples the Gladys Knight and The Pips song—but for some reason, this track abruptly fades out at 2:30, leaving the feeling that it is just a rough, unfinished sketch. However, “Never Can Say Goodbye,” just a mere 30 seconds longer, seems to come to a natural end.

Why these two tracks didn’t make the final cut, I have no idea.

2013 is poised to be a big year for the Wu-Tang Clan. Raekwon, Masta Killa, and Ghostface are planning to release solo albums. There is talk of some 20th anniversary events to celebrate a milestone for Enter The 36 Chambers, and according to the RZA’s Twitter account, the Wu are all back in the studio, prepping a new album.

Even though they are both a bit spotty at times, these two brief releases serve as a friendly reminder that even after twenty years, Wu Tang Clan is still nothing to fuck with.