Nothing Feels Good: on the final moments of the 90s, being Emo, and The Promise Ring 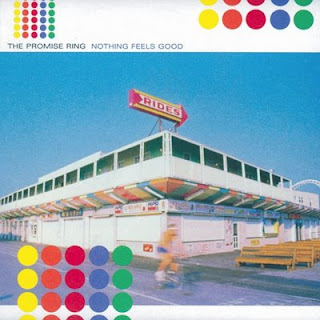 Prior to its total format change, and eventual cancellation from MTV, “120 Minutes” was an incredible block of programming. As a teenager with school the next day, I would set my VCR to record from 11p to 1a, and watch the tape the next day. Aside from the odd inclusion of very popular, mainstream rock music of the day, “120 Minutes” was a great place to learn about independent or relatively unknown bands and artist.

It was in the summer of 1999 that I saw the video for “Why Did We Ever Meet?” by the Milwaukee ban The Promise Ring, a song lifted from their 1997 LP Nothing Feels Good. Being that I grew up in a relatively rural community, in the yet-early days of the Internet (we used American Online), I would describe a band like The Promise Ring as being indie rock.

It wasn’t until two years later, in college, when I learned what the much-maligned musical genre “Emo” was. Apparently The Promise Ring was considered “Emo,” and apparently I was, by default, “Emo” long before I knew it.

I purchased a copy of Nothing Feels Good shortly after turning 16, procuring it from a really awesome record store (the name of which escape me now), located in the shopping mall in the next large town over from mine. From start to finish, it’s nearly perfect (save for a few clunkers) and it’s a record that I listened to so many times when I was a teenager, it feels familiar like an old friend now when I listen to it.

The Promise Ring - Is This Thing On?

The record, incredibly short, like most indie rock/pop albums are, is a blend of organic production values, jangly guitar work, and well…emotion. Over 15 years later, it doesn’t sound aged at all. The first four songs, in sequence: “Is This Thing On?,” “Perfect Lines,” “Red and Blue Jeans,” and “Why Did We Ever Meet?” are still an amazing thirteen minutes of music. And in fact, there are elements of it that you can hear in today’s more straightforward popular independent rock.

While I was two years late to the party on Nothing Feels Good, I was right on time when I discovered their follow up, Very Emergency, was being released in the fall of 1999. Again, purchased from the same awesome record store, I grabbed a copy of the new record with my Christmas money that year, interested in hearing it after seeing the video for “Emergency, Emergency” on a taped episode of “120 Minutes.”

Very Emergency is a much larger sounding record, production wise. It still sounds very organic, but it’s better mixed in comparison to its predecessor. The songs are exponentially catchier, the song writing pushing the band into a more power pop direction. Similarly with Nothing Feels Good, this record is a total smack in the face by nostalgia, taking me back to days listening to a dubbed cassette of this in my van, or enjoying it with headphones on as fell asleep.

Truth be told, there’s not really a bad song on Very Emergency. “Jersey Shore” is really the only song that is not as strong as the others; and even the side closing slow jams: “Things Just Getting Good,” and “All of My Everythings” showcase a different side of the band not present elsewhere in this record, or on Nothing Feels Good.

The Promise Ring - The Deep South

The Promise Ring - Living Around

Three years later, The Promise Ring released a follow up—now signed to a slightly larger independent label, Anti-, Wood/Water was a record that I largely ignored for some reason. And a decade later, I’m uncertain why I did. By 2002, I was a freshman in college, and a large portion of my music was “obtained” using early file sharing services, filling up a hard drive, burned to a cd, never being listened to. The stigma against Wood/Water was how drastic of a change in sound occurred.

Not that the early records by the band were immature, but they obviously grew up, shedding the ramshackle characteristics that made them a joy to listen to. Wood/Water is an album made by adults, for adults—lots of acoustic guitar, slowly paced songs, and in truth, it’s just kind of boring. And shortly after its release, the band called it quits. In 2012, the band got back together for a string of reunion shows—but there has been no talk of new music for the future. 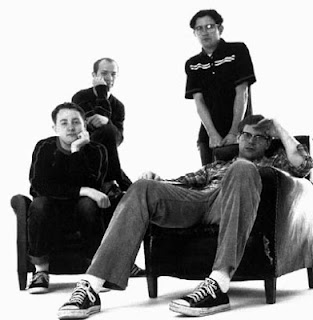 About two or three years ago, I revisited Nothing Feels Good and Very Emergency, and found them both to be as listenable, if not more listenable, than they were when I was a teenager. For me, now, it is another delightful stroll down memory lane when I listen to these records. It’s not heavy or serious music, it’s not sad bastard music—it’s fun, well-crafted pop music that has been able to transcend the label “Emo.”

And sometimes I even need to listen to something fun every once in a while.