A Man of Wealth and Taste 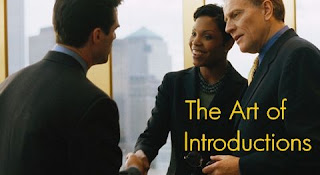 Please, allow me to introduce myself.

Listening to music has always been a part of my life.  Some of my earliest (and only remaining) childhood memories involve music; going to buy Michael Jackson’s Bad on LP—and subsequently being miffed that the song “Leave Me Alone” was a compact disc only bonus track. Or that when my family bought a c.d. player, the first c.d. I wanted was the soundtrack to the motion picture Ghostbusters II, even though I already had the soundtrack on vinyl.

I spend a lot of money on records. I spend a lot of time reading about music. Various forms of musical media (records, c.ds, cassette tapes) take up a rather large portion of our home—much larger than my wife would probably prefer it to.

I have strong opinions about music—specifically about the music that I like, and how more than likely, I believe my taste to be better than yours. More than once I have apparently told people if they didn’t like a certain artist, I wasn’t sure I could be friends with them.

For a while (33 months, to be precise) I had a daily radio program on the AM station in our town. I was given an hour every weekday—from 3 to 4p—and as long as I played the commercials that I needed to, I pretty much got away with whatever I wanted to. The goal with the time I was given was not to push the envelope—although I am sure I did with how many times I played Wu-Tang Clan. The goal was always for people to learn. I never really quite knew who was listening, but I knew people were listening, and I wanted to play things that I liked, in an effort to broaden the musical horizons of others.

For reasons that I won’t get into now, in this introduction, I chose to end my daily radio program in December of 2012. There was concern from some over what I would do next, as far as finding an outlet for my enjoyment of music, and my attempts at making others like what I did.  That is how the idea for this blog came to be.

For a minute there, in the mid to late 2000s, I fancied myself a writer of sorts.  I took writing courses in college. I churned out what I thought were great short stories and essays, which I am certain are almost all cringe worthy at this point. For a nine-month stint, I was a contributing writer for a now-defunct weekly arts and entertainment magazine in Dubuque, IA—I wrote short pieces mostly about what life was like for me, post-college.

I found that I was never totally pleased with how I wrote about music. There’s only so much hyperbole, so many adjectives that you can shower upon something before it comes off sounding trite or poorly written—which is one of my criticisms of a lot of music writing, specifically record reviews. It’s all a very fine line to walk. And that’s another reason for this blog; to try to hone all of my music nerdery into the written word, rather than just a bunch of nonsense from my mouth.

I still work part-time in radio—I mean, I’ve always had a real, adult job outside of that. But I continue to co-host a weekly variety show, featuring some kids that are involved with a youth-run youth center I was an Americorps worker for a few years back. The show airs Saturday mornings, and you can listen to previous episodes of it here.

I used to run a blog for my old daily program—the show was called the After School Special. What’s left of the blog is still here, slowly decaying on the internet. Each entry includes a strange drawing or photo (usually created by my wife), a blurb about the day’s show, and then the playlist for the day1.


The goal with this blog, aside from my personal goals for it, is that if you are reading this, you’ll learn something new, or you will identify with a piece that I’ve written. I hope to cover a lot of topics aside from writing record reviews of new releases, or talking about new singles. The concept of nostalgia and music’s connection to our past is something that fascinates me, so my intent is to produce pieces about revising music from my youth.

I don’t know if music blogs are as popular as they were, say, maybe seven or eight years ago. I know that early blogs from 2004 to 2006 were really responsible for breaking a lot of independent bands in, and casting them into the mainstream for a moment, before their success fizzled out quickly. I suppose you could say I’m a little late to the party on all of this, but better late than never, right?

Finally, I suppose this wouldn’t be a proper music blog if it didn’t include promotional music files for your listening/downloading pleasure. I made a few attempts and setting this up so that it was a music file you could either stream right here from the site, or download and listen to at your leisure. But I was obviously doing something wrong, so I gave up on that for the time being. So what you have here, are some files, and you should “save file as” if you’d like to obtain them, and cherish them forever.

Nicholas Szczepanik, aside from having a tough to pronounce last name, is an ambient/experimental/drone artist based out of Chicago. He had a most prolific 2012, releasing two solo LPs, as well as one collaborative effort with Argentine experimental artist Federico Durand. Szczepanik’s record We Make Life Sad, aside from having an incredible title, is a bit of a sound collage. This is what he has to say about this record-

We Make Life Sad’ is an album about the cycle of life and both its sundry and seemingly important moments. It is about our focus on the detriment of these moments and the inertia we invite when reminiscing about memories long past; an album that renders each moment down to its foundation of simply existing, holding us responsible for how we choose to let them shape us. We as individuals control the outlook of our life, regardless of the highly desired, the forgotten, or the regretted. Life is ever-changing; let us hold onto the only power we have to give it purpose—our mind.

Along with the connection between music and nostalgia that I mentioned above, I am really interested in nostalgia in general—the brief, vignette style memories that seem to appear out of nowhere, and then disappear just as quickly as they arrived. There’s certain music—almost always instrumental, always ambient or experimental—that serve as a near perfect soundtrack to memories like this. I’ve taken to calling the sensation “heavily Instagrammed nostalgia”; named after the smart phone photo application that filters your photos into oblivion. To me, it seems like vague, dreamlike snippets of your past should be filtered heavily, the colors overblown.

The two tracks up there are two that showcase this feeling or sensation the best. Although as a whole, the album is amazing, and if you like what you have heard up there, you should throw some cash at Szczepanik and download the album. One thing you will find as I continue to produce content for this site is that I am a big proponent of actually getting off of your ass and going to a record store to buy a physical copy of something--or if you can't get off of your ass, ordering an LP or a c.d. from the artist's website. Or if nothing else, Amazon dot com. However, in the case of We Make Life Sad, it's a rather limited edition LP (not a c.d. release at all) and it was put out by a label based out of Belgium. So if you are cool with ordering something from overseas, I'd say go for it and spend your Euros on it. But otherwise ten american dollars will cop the mp3s.

Thanks for reading this somewhat lengthy introductory post about my goals with this blog. Please continue to check it regularly. I haven't figured out how often there will be updates, but my plan is to stick to it and write new pieces as often as I can. Please share with your friends/enemies/complete strangers who you think may be marginally interested in reading what I have to say.


1- I used to provide mp3 files for each day's show in the blog too. But I used free file hosting services (Mediafire, A-Drive) to host the links. The links hosted by A-Drive all expired after two weeks time. They have certainly all expired by now, so if you did click on the link to read the blog for the After School Special, and you see a show you'd want to hear, please get at me, and I will give you a re-up.