Album Preview: Sun Kil Moon and The Album Leaf - Perils From The Sea 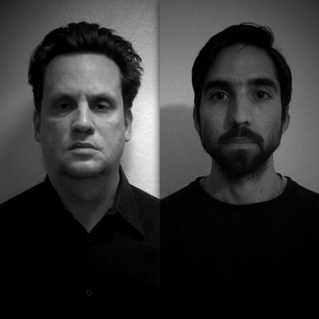 (Mark Kozelek [left] is so handsome. Not really)

It’s been a minute since I could say that I gave a shit about anything Mark Kozelek was involved in. Five years have passed (wow) since his post-Red House Painters project, Sun Kil Moon, released their magnum opus April—a sprawling 70+ minute record partially about his beloved San Francisco, partially about the death of his former flame Katy (you know, the girl from RHP’s “Katy Song.”) It was a record that covered all kinds of musical ground; Crazy Horse inspired guitar solos, 10-minute songs, and unfortunately, all of the finger plucked acoustic guitar work included was a sign of things to come. It was also probably the last time Kozelek picked up an electric guitar until very recently.

Since then, Kozelek has released two more albums under the Sun Kil Moon moniker—in 2010, and just last year. He has since foregone the idea of working with a band, and now prefers to make records of mostly just himself only playing the classical nylon string guitar. To say that it’s gotten old very quickly doesn’t even begin to cover how irritating it has become.

Mark Kozelek is also known as a notorious asshole. He regularly insults the audiences that shell out money to see him perform live—complaining about how there aren’t enough attractive young women at his shows, and it’s only “pudgy ugly dudes in western shirts” (his words, not mine.) His songwriting too, now, has become entirely too self-aware. Songs on his last two records have covered this very problem he has with his audience.

The Album Leaf is a project started in the late 90s by Jimmy LaValle—a mostly instrumental post-rock outfit, which gained exposure in 2001 and 2002 when he was asked to open for Sigur Ros on their American tour dates. The Album Leaf signed to indie big-shots Sub Pop, who have released the last three records from the project, the most recent in 2010.

So what do these two artists have in common? Apparently Kozelek and LaValle are acquaintances, and through a slow collaborative process beginning in the fall of 2011, they began working on a record together. The result of this collaboration is Perils From The Sea, a record that will see release at the end of April, on Kozelek’s own Caldo Verde imprint.

I was hesitant at first about this pairing, mostly because Kozelek’s track record has been so spotty over the last few years, as well as the fact that this just seemed like a strange arrangement to begin with.

But I was wrong. Three joints from the eleven track record have been made available to preview, and I can say that I am really looking forward to hearing this album in full.

The first track to hit the Internet is the first track on the album, as well as the first song the duo wrote together—“What Happened to My Brother?” This song actually had me worried for a minute before it had a chance to sink in. It was really jarring to hear Kozelek singing against something that isn’t the acoustic guitar, and so drastically different. Backing Kozelek’s vocals is an 8-bit sounding synthesizer, as well as a very antiquated sounding drum machine. It all sounds a little reminiscent of The Postal Service at times, but it works. And juxtaposed against the somewhat silly sounding instrumentation is a faint, very eerie drone in the background, which lends credibility to the somewhat serious subject matter of Kozelek’s lyrics.

“Caroline” has a much fuller sound—it’s based around another drum machine pattern, and there’s a moment where it seems very familiar, even if it’s the first time you hear it. There’s a synth part that is very 1980s—harkening to a song from that decade, although I can’t seem to name which song it. And honestly, when the chorus hits, it has a very 80s FM ballady-vibe to it. Along with this, there’s some acoustic guitar (maybe played by Kozelek?) but it is thankfully not a nylon string guitar. And vocally, Kozelek’s and LaValle’s work very well together. It was actually this song that solidified my interest in this project.

The final preview track is “Baby, In Death, Can I Rest Next to Your Grave?” The drum machine builds a very steady beat around a very somber synth arrangement. Eventually an additional percussive sample comes in, and man, I never thought I’d say I would be bobbing my head to a Kozelek joint, but as I listen, I can’t help it. Unlike the other two songs, structurally and lyrically, this would actually translate into a Sun Kil Moon/nylon string guitar track pretty easily, so I’m glad it was rescued from such a fate, and was given this treatment.

The Album Leaf has remained relatively quite since 2010, and Kozelek has two Sun Kil Moon records already slated for release in February—one is an all covers collection, the other is yet another live album. Both are, you guessed it, nylon string acoustic guitar. Mark Kozelek is always going to be an asshole—nothing will change that. But I’m glad that he has stepped outside of his comfort zone, and that pairing with an unlikely collaborator has made him worth listening to again.

Perils From The Sea drops April 30th, courtesy of the Caldo Verde label.