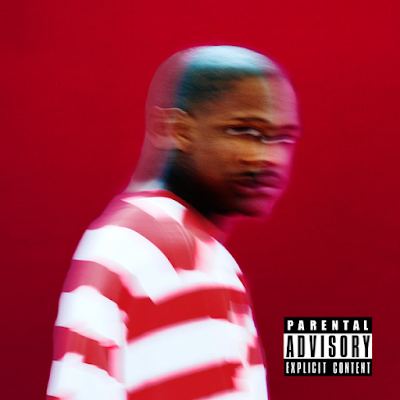 In case you were somehow oblivious to all the clues, I’ll let you in on the worst kept secret—YG is in a gang, and it should be fairly apparent to you which one he favors—from the red you can see him wearing in almost any promotional photo, or the fact that he’s named his new album Still Brazy, and that there’s a song on it called “Balm, Bool, and Bollective.”

He flirted with his affiliation on his debut album, 2014’s My Krazy Life—going as far as almost naming the record I’m From Bompton, but decided against it at the behest of Def Jam’s A&R. And while contemporaries like Kendrick Lamar try their best to unite the divisions in a city like Compton (or Bompton, as it were), YG isn’t necessarily trying to undo that work, but by touting his connections—both visually and musically, he’s possibly not helping matters much either, despite his apparent work with a nonprofit that he mentioned in a long interview with Pitchfork.

I think when I reviewed My Krazy Life, I referred to YG as the heir to the West Coast, G-Funk throne, picking up twenty years later what Dr. Dre and Snoop Dogg laid the foundation of. With production by the ‘it’ beat maker of the moment (in 2014) DJ Mustard, overall, the album was fun, if not a little samey sounding as it progressed.

Mustard and YG had a bit of a falling out shortly after the release of the album, and while they may (or may not) have patched things up, he’s nowhere to be found in the production credits for Still Brazy—however, his blueprint for slightly skeletal and slightly smooth tracks has been left behind, with DJ Swish handling a bulk of the production this time around.

It’s also not all necessarily West Coast fun on Still Brazy—YG was shot at roughly a year ago, suffering a hip injury that turned him into a slightly more serious individual. The album, overall, boasts a much darker tone, and following an obligatory intro track, opens with the ominous warning “Don’t Come to L.A.”

“My thoughts dark as fuck,” he confesses later on the stark “Who Shot Me?” which, as expected by the title, discusses the aforementioned incident, before descending into YG’s paranoia and alienation from those around him following the event. And I know it’s supposed to be serious, or whatever, but when I saw a track called “Who Shot Me?” on this album, I couldn’t help but think of the episode of “The Boondocks” where Gangstalicious gets shot, on stage, while performing “I Got Shot.”

Still Brazy has been a long gestating affair—for a while, I wasn’t really sure if it was ever going to come out, though delays on rap albums are nothing new. YG started working it last year, and even released the early single “Twist My Fingaz” last summer, before remaining relatively quiet until a few months ago when he released the surprisingly politically charged “Fuck Donald Trump.”

“Twist My Fingaz” is one of more accessible songs on the album, and due to the time that has passed since it was recorded in comparison to the rest of the material album, the noticeable difference in lyrical tone (hint: it’s about being in a gang) and production makes it stick out like a sore thumb, or finga, as it were.

As fun, and as needed, as a song like “Fuck Donald Trump” is right now, you have to wonder how poorly it’s going to age after the November elections. “I like white people but I don’t like you,” YG sneers in the song’s opening line, while Nipsey Hussle, the song’s feature who arrives in the second verse asks “Ni**a am I trippin? Please let me know. I thought all that Donald Trump bullshit was a joke.”

The album itself concludes with another song that sounds slightly out of place due to its production. “Police Get Away Wit Murder,” featuring a frenetic beat created by Hit-Boy, finds YG tackling other serious societal issues. “I’ve really got a story, this ain’t a spoof motherfucker,” he says, breathlessly. “We’ll put our hands up and they’ll still shoot motherfucker.”

In today’s contemporary popular music landscape, there are still artists making “smart” rap music; and there are some that make “clever” rap music. I don’t think I’m out of line when I say that YG isn’t making smart music, but at the same time, he’s not dumb, and this music isn’t stupid. It’s on the cusp—Still Brazy finds him at a crossroads, if you can believe it. He’s attempting something greater than himself while still held back by the confines of his chosen subgenre.

My Krazy Life was, at times, a rather humorous affair—whether intentional or not is taken on an instance-by-instance base. In sharp contrast, Still Brazy is not humorless, but it wears a grimace proudly. Still marginally accessible to a listener due to the repetitive nature of the refrain to nearly every song, and the rudimentary beat structure, it lacks anything as flat out fun as the runaway hit single (and ringtone for when my wife calls me) “My Ni**a.”

If a gangsta rap album released in 2016 can be pensive and reflective, Still Brazy is that record. YG avoids the sophomore slump, but rather than raising the bar, he turns things inward, creating an alarmingly personal record that recounts the last two year of his life in the wake of sudden fame—the good, the bad, and the brazy.