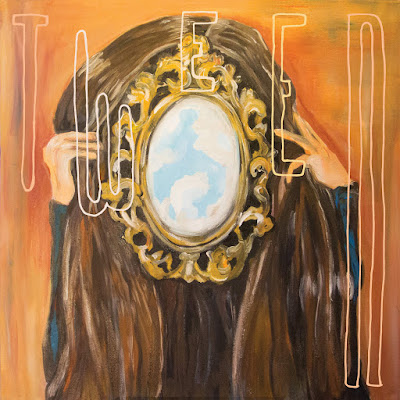 Whatever you do, don’t call it the fifth album.

Then what is it?

According to press materials regarding Wye Oak’s new release, Tween, it is not the band’s fifth album. It’s a “sideways step in time” (their words, not mine.) Recorded over the span of four years, the material on Tween is comprised of both left overs from the band’s 2014 effort Shriek, as well as tracks that didn’t make the cut for the band’s forthcoming (true) fifth album.

Hence the title—Tween, or “between.” Get it? Of course you do.

Earlier this year, the Baltimore-duo teased new music, saying that things could be happening “sooner than you think.” Apparently that meant Thursday, June 9th, when Tween was unceremoniously (digitally) released, with physical copies due out later in the summer.

Before we get into the actual review, indulge this aside:

As an internet music critic, the “surprise” music release is starting to wear thin.

It was new and novel nine years ago when Radiohead did it—heck, it was even novel when they did it again, in 2011.  But now, it’s getting old. The whole concept of “Oh, hey everyone, my new album is going to be out on this day (48 hours from now) at this time,” or even “Oh, my new album comes out tonight” gives someone like me little, if no time at all, to prepare and work it into my schedule of reviews to write.

Or, in the case of Tween, I happened to check the headlines on Pitchfork on a break at work, and saw “Wye Oak releases new album today.” “Well, there goes my Thursday evening,” I thought to myself.

For what essential amounts to a collection of odds and ends, recorded for two different albums, Tween is, for the most part, surprisingly cohesive. And I think that just speaks volumes of the quality of work Wye Oak is producing at this point in their career.

Coming from jangly and guitar driven beginnings, we reached peak Wye Oak with the band’s third (and breakthrough) album, Civilian. But it nearly killed them—so they pretty much reinvented themselves in 2014 with the release of Shriek, finding drummer Andy Stack incorporating more synth washes and drum machines into the mix, while guitarist and vocalist Jen Wasner switched to playing bass, adding new depth (and groove) to the band’s sound.

Part of the appeal, or at least the mystery, of Tween is the question of which album sessions each track came from—asking yourself after each song, “now, was this something held over from two years ago, or is this what the future sounds like?”

In some cases, it may be easy to tell—the dreamy, woozy synths, programming, low end work, and vocal manipulations on “On Luxury” are all in line with the soundscapes of Shriek; elsewhere, it’s slightly harder to make those guesses.

Both “No Dreaming” and “If You Should See” are big, bombastic sounding tracks—covered in heavy synth work, but they also feature prevalent guitar. So is this what the future of the band sounds like? It’s hard to tell, but no matter when it was committed to tape, it’s strong material, and the press release for Tween is right: it would have criminal and silly to just never release these songs.

Of the eight songs featured on Tween, the best by far, or at least most successful arrives at the halfway point. “Better (For Esther)” finds the band exploring a pensive, nervy sound, which is something they don’t often do. Primarily structured around skittering percussion, minimal synth undertones, and reserved guitar strumming, the song explodes intermittently explodes, making for one of the most effective and impactful moments on the album.

Tween closes with another bit of a surprising turn—released as the first single from the effort, “Watching The Waiting” finds the band at their jauntiest, which is a word and sound I would never really associate with Wye Oak. Clipping along at a rather fast tempo, and powered by the acoustic guitar (of all things), I’d say it’s probably the most cheerful sounding track in the band’s canon thus far.

Not exactly an essential release, and heck, not even really a proper album, Tween succeeds in setting out exactly what Wasner and Stack intended it to do, which was to give a home to homeless songs. In almost every case, the quality of the material is remarkable, and it provides a small glimpse at a band a decade into their career, still figuring out who they are and what they are, and on the verge of something much larger.