#NostalgiaUltra- Lost Classics From The Summer of 1997

To say that the summer of 1997 was seminal is a bit of an understatement—for pop culture that aged poorly (Men in Black), for the face of music (OK Computer), and for myself; it was the summer I turned 14, it was the summer I formed tight bonds with my classmates that quickly diminished once we got into our first year of high school and they all discovered underage drinking, and it was the summer that I spent one weekend a month in Dubuque, IA.

My parents had divorced two years prior to this, and my father had been slowly moving west of the rural Illinois town where I was raised. By the tail end of 1996, he had taken a job in Dubuque, at the Ertl Toy Company, and he and his second wife rented an apartment in a newly developed area of northern Dubuque.

Because I was a teenager, and very wise with my allowance money, I spent a bulk of it on CDs. Many of those from my teen years have come and gone, long relegated to a used CD store somewhere, but there are a couple of titles that have stayed with me into my adult life, one of which I still listen to with some regularity, and two of which I still have held onto, attaching some kind of fuzzy nostalgic feeling to them.

In Dubuque, in the late 90s, there were three record stores that I would visit when it was a visitation weekend with my father—two of which were in the Kennedy Mall. Both of those are long gone, now, though. One was a Sam Goody, and the other was a Musicland. I’m not even kidding. Two of what was literally the same store in the same relatively small shopping mall. The Sam Goody was strangely positioned in food court, so you could get a slice of Sbarro pizza, and then go browse the CDs.

The other, non-mall related, record store I frequented, and still frequented years later when I went to college in Dubuque, was Moondog Music, which is still operational today. And like many independently owned record stores, the smell of incense is strong, so if you are to shop there, I hope you don’t mind your purchase smelling of the store long after you’ve taken it home.

I believe it was at the Sam Good (but not the Musicland) that I bought the albums Against The Stars by the Boston pop-rock group The Dambuilders, and Rock Crown, the introspective “singer-songwriter” album from Seven Mary Three, a post-grunge outfit that had hit it big in the summer of 1996 with the hard rock anthem “Cumbersome.” 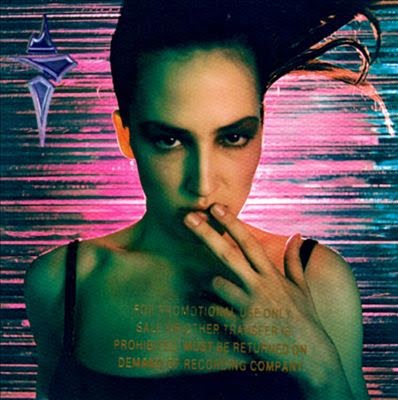 Against The Stars was a premeditated purchase. I used to tape “120 Minutes” late Sunday nights on MTV, and watch it the next day when I got home from school, and I was fascinated by the video for the album’s lead single, “Burn This Bridge,” where the band’s members are playing in a room with walls that continue to close in on them. The song itself is an endearing slice of 90s pop-rock (something you don’t really hear a ton of anymore) and in trying to find the video to reference for this, I was unable to—the band itself is completely obscure, and broke up within a year after releasing Against The Stars. Most notably, they are known now as the band that Joan Wasser (AKA Joan as Police Woman) used to be in before her solo endeavor began.  And it’s Wasser’s slightly sexualized face that graces the front of the album—suggestively touching two fingers her to her lips.

Taking it song by song, some of Against The Stars is less effective. Stylistically it’s a little all over the place, with the overall focus being the creation concise pop songs. The quiet/loud/quiet dynamic and fast tempo of “Burn This Bridge” has obviously stood the test of time. A bulk of the album’s lyrics deal with one-sided love (“Break Up With Your Boyfriend” appears early on in the record), and then there’s the dramatic slow jam, “You’ll Never Know,” with the somewhat laughable, somewhat earnest lyric, “You put the swing in my mood swing/you skip the beat in my heart.”

The Seven Mary Three album, Rock Crown however, was a bit of an impulse buy—I mean, a lot of CDs or records are. The night before we were going to the mall, I was watching music videos on the cable channel The Box. For those that are unfamiliar with it, The Box was a request-based music video channel where people could call in and spend between .99 cents and up to $3.99 to request a specific video to play. One of the videos I saw was for the song “Make Up Your Mind,” the single off of Rock Crown, where lead singer Jason Ross stalks a very 90s looking girl through a supermarket. 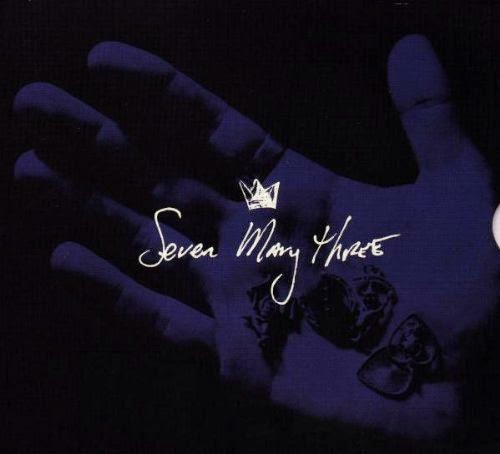 The song itself is pretty much a total 180 from the “agro” rock found on the band’s American Standard; I mean, the whole album is pretty dense and multi-layered in comparison to Seven Mary Three’s humble rock band beginnings. “Make Up Your Mind” is a short song, coming in at like two and a half minutes, where it’s kind of long enough to feel fulfilling, but short enough still where you wish there were a little more.

Rock Crown is actually a record that stuck with me well into my early 20s before I finally found I wasn’t listening to it very much. It’s a long record, so I used to listen to it a lot in the car when I was driving between Iowa and Minnesota. It kind of falls apart slightly in the second half, with the pacing becoming a little less even. However all is forgiven by the time the gorgeous (and still devastating) closing track, “Oven,” arrives; a song that is apparently partially about Sylvia Plath, subject matter that I’ve always found a little heavy for a band like this.

Not purchased from the mall, but from across the street at Moondog, The Sun is Often Out by the British post-Blur/post-Oasis rock group The Longpigs. One of the few acts signed to U2’s vanity imprint Mother Records, the group released the album in 1996, and to my knowledge, it never really found footing here in the United States, despite securing a track on the Mission: Impossible soundtrack.

I think it was an advertisement for The Sun is Often Out in a summer 1997 issue of CMJ that prompted me to look into buying it—and as luck would have it Moondog Music had a used (former a promo CD) copy of it for sale. 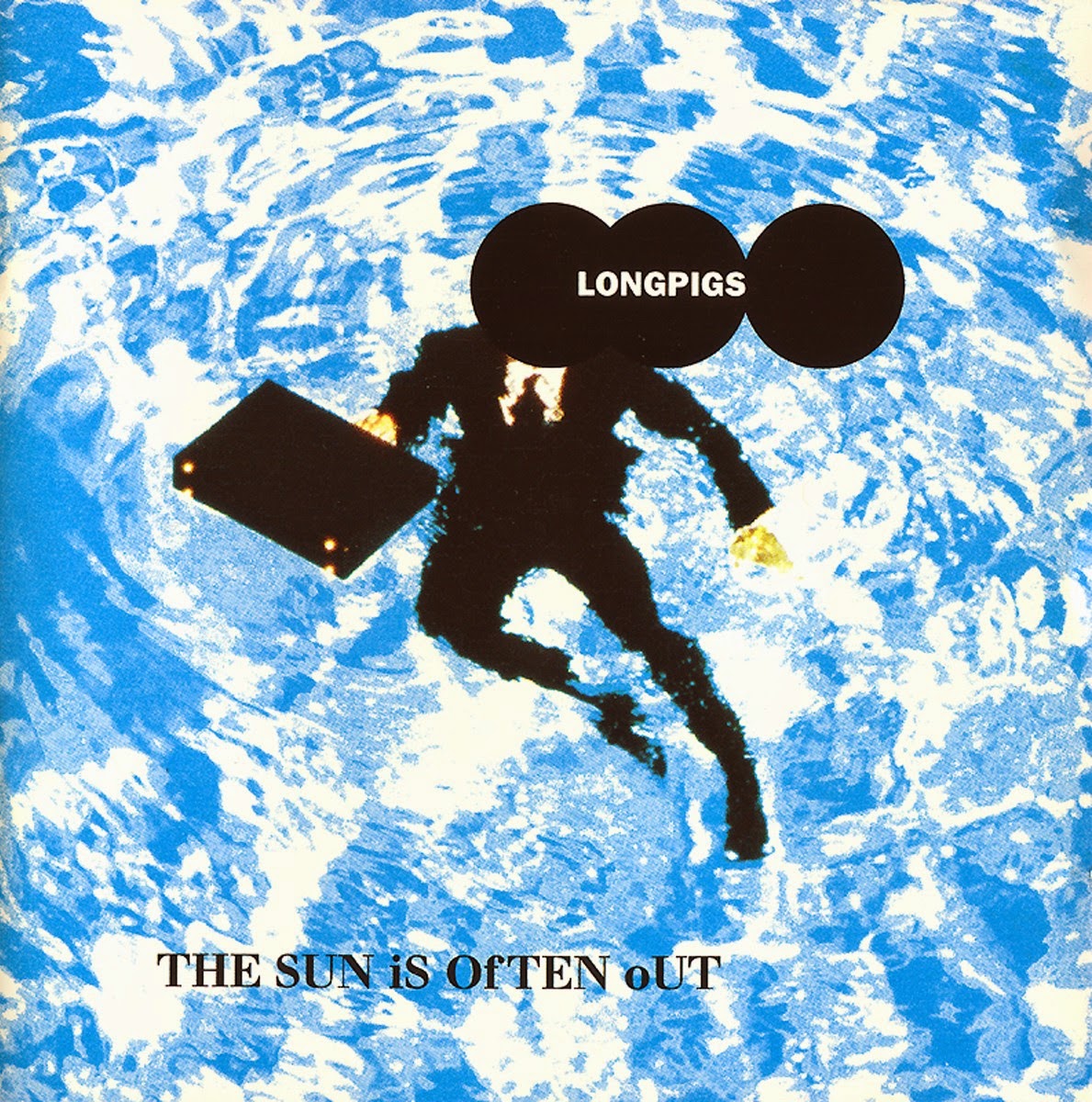 To say that The Longpigs, in all their 1996 “Brit Pop” trappings, are dramatic and theatrical is drastically underselling The Sun is Often Out. It’s brash and sloppy, with hyperactive the vocals from Crispin Hunt (what a British name, even) anchoring everything down. And much like Rock Crown, this album too falters after the halfway point. But its first five tracks are practically unfuckwithable—opening strong with the epic, slow motion grandeur of “Lost Myself,” followed by the spastic “She Said,” (then later on “Happy Again”) before settling into that real 90s Brit Pop sound on “Far” and “On and On.”

Of the three albums mentioned here, The Longpigs is the one that I still listen to the most; my wife is very fond of the song “Lost Myself,” and despite how dated it can come off sounding, it’s something that has aged surprisingly well if you don’t take it too seriously. It’s also a record I tried to work in occasionally back when I was on the radio, in a small attempt to introduce people to what could be considered a “lost classic.”

All three of these records could, in a way, be classified that way—as “lost classics.” The internet leads me to believe that all of them are out of print, or at least not very easy to find physical copies of. And I guess that is part of the charm with all three of these albums—aside from the fact that they all were purchased within the same span of time in the same city. And unlike countless other records that have come and gone through my life, that I’ve bought a second copy of, or downloaded in the iTunes store or whatever, these three have stuck with me through 14 years of my life—college, apartments, houses, etc.

I don’t have any particularly fond or important memories attached to them, which is usually how specific songs or albums stick with me for so long. They are just albums that are unique to one another; in some cases they were bought for one song only, but as they unfold, they are all relatively strong when taken as wholes.

I feel like this ending is going to come off like a Stereogum piece, but as you finish reading this (if you are even still reading at this point), think about all the albums you’ve purchased in your life—it helps if it was a CD or a tape that you bought from a record store rather than just hitting “Buy Album” in the iTunes Marketplace. But in thinking about all those albums, what are some of your own “lost classics,” or records that you’ve carried with you through time, for personal reasons, or otherwise.