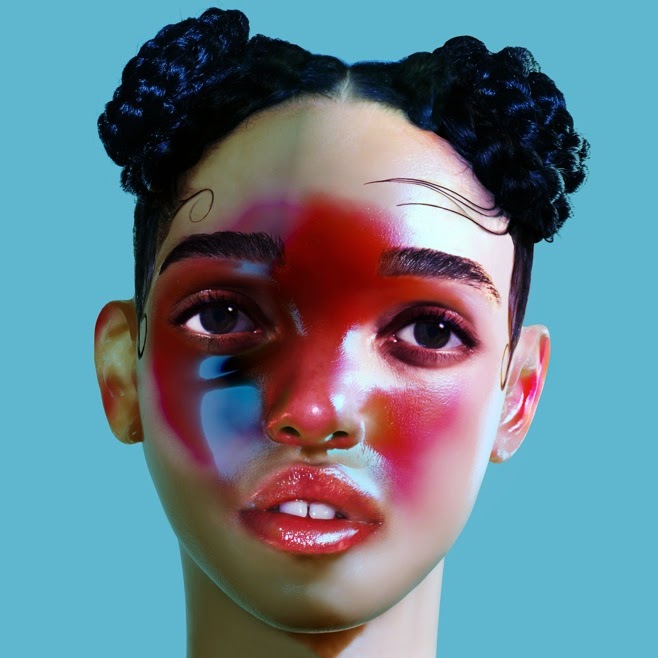 About three minutes into the debut full length from the slightly enigmatic performer FKA Twigs, she makes a statement that doesn’t so much serve as a thesis of sorts for the whole conceit of the record, but it speaks volumes of its content, and her affect as an artist—“When I trust you, we can do it with the light on.”

Barnett first arrived at the tail end of 2012, with a mysterious self-released EP that, to some extent, called to mind the very early work of trip-hop pioneer Tricky. Two years later, that overall darkness and disorienting feeling is still very present on LP1, but there is also an attempt to incorporate more traditional pop and R&B elements—and in the wake of the rise and possibly subsequent fallout of “ethereal, deconstructed, or abstract R&B,” it may be too easy to write off a record like this as another singer, cooing incredibly explicit lyrics over some atmospheric beats and weird keyboard sounds.

Therein lies the rub with LP1, and FKA Twigs as an artist. Aside from the rather surprising (and then therefore memorable) lyrics within the first half of the record (and believe them, there are quite a few)—there isn’t anything else to make it much of a remarkable listen. The aforementioned inaccessible elements of trip-hop that Barnett uses here keeps you at a distance, all while still trying to seduce you with the hard stare of bedroom eyes.

Structurally, LP1 is a little unbalanced—things don’t so much fall apart after the half way point, but as an album, it loses steam. The autobiographical “Video Girl” plods along, slowing the pacing down, which doesn’t help anything following it, including the skittering (though kind of boring) “Numbers,” and the pitch-shifted vocal theatrics on the rather strong closing track, “Kicks.”

During the first half of LP1, when she’s relying on incredibly lusty lyrical content, Barnett creates a very vivid image, and whether it’s intentional or not, sums it up nicely with a section of “Numbers,”—“Was I just number to you? Was I just lonely girl to fight? Tonight, I’ve got a question for you—tonight, do you want to live or die?” On songs like “Lights On, “Two Weeks,” and “Hours,” Barnett comes off as a girl who went home with a guy who was looking for a one night stand, but she had something entirely different, and much more serious in mind. It’s the upfront sensuality and at times unbridled desperation in the lyrics and overall unnerving production and musical arranging that help with that help with crafting that very vivid scene.

I hate to write off FKA Twigs as just another young artist making “damaged pop music,” but the inaccessibility of much of this album makes it incredibly difficult to get into. And even a slightly more “listener friendly” single like “Two Weeks” is still a difficult pill to swallow with how raunchy it is. It’s definitely not the kind of album that I would toss on to “set the mood” or whatever with my bae, mostly because she doesn’t like weird shit like this and would probably raise an eyebrow at it. But it’s also not the kind of album I see myself ever being comfortable enough to return to on my own. From a production standpoint, much of the slick studio trickery is admirable, and Barnett is obviously very talented, but I can see why she released two EPs first, because the idea is a hard one to sustain over the course of a full-length effort.

LP1 is out on August 12th via Young Turks/XL.