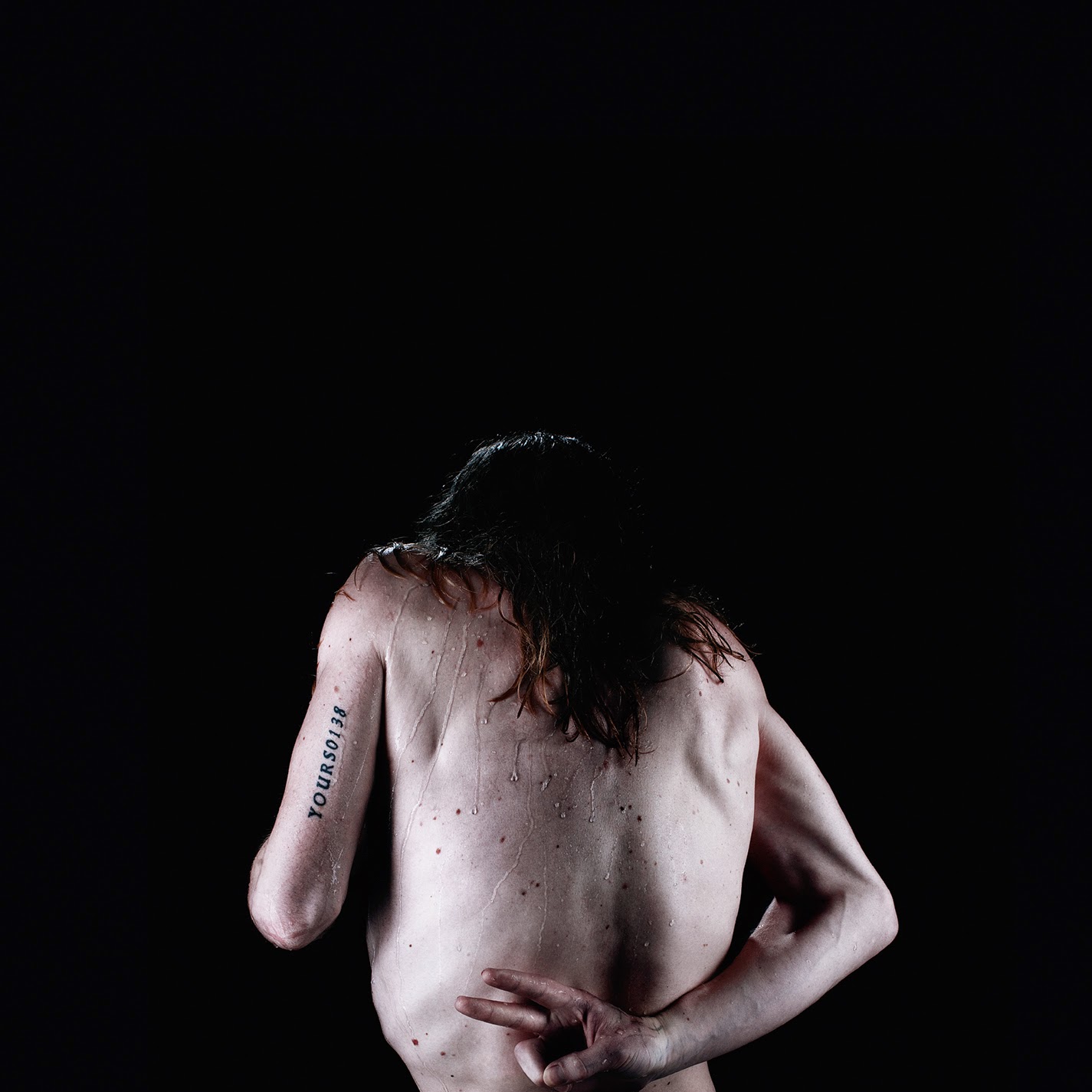 JJ are an outfit that I have been aware of for a number of years now—it’s hard not to overlook their incredibly stark album covers when you see them online or whatever—but they aren’t an act I’ve paid much attention to until now. Because you know sometimes I listen to records that I normally wouldn’t to review for this site.

A mysterious duo hailing from Sweden, JJ makes what you could easily call “damaged pop music.” It’s self-aware, and they maintain a sense of humor despite the front that they take themselves too seriously, and on their third LP, V, Joakim Benon and Elin Kastlander create huge (and listenable) pop moments that still maintain an incredibly unnerving edge.

V is the kind of album that takes a little while to get into—meaning both it takes multiple listens to peel back the dense layers of atmosphere and theatrics to learn just how accessible it actually is; but also meaning that it’s a bit of a slow burning record, taking its sweet time to get going. And I mean, really, it’s so restrained and calculated that there’s never really a part where the album picks up in the pacing department; there are just moments where the “big” pop moments are more obvious, adding to the overall bombast of the record.

Lyrically, Kastlander walks an incredibly delicate balance between playful and desperate, often both in the same song. There are numerous winks, allusions, and possible references to other songs—mostly other pop songs, but occasionally (and surprisingly) hip-hop songs. On top of that, there are the surprising lines that seem to be unique in their origin, like the out of nowhere “And bitches get in trouble for asking too much,” on “ All White Everything,” and the frantic opening lyrics to “Dean and Me”: “I know I’m drunk, I know it’s late, but I will call you anyway—calling
‘cause I fucking shake…”

Despite some interesting production and sampling, one of the things that holds V back is that over the course of the album’s 12 songs is that it all starts to sound very similar. And despite the level of discomfort that the duo attempts to craft throughout, here they settle into a comfort zone they cannot seem to leave, with very similar soundscapes on each track, and with Kastlander residing in a certain vocal range—alternately sounding haunted and then triumphant, and sometimes both at the same time.

Even though it lacks variation, V makes for an interesting listen. After sitting with it for about a month, I came to the conclusion that with its attempt to balance a sense of humor with an overall seriousness, it is very similar to if you know someone that is incredibly depressed, and one day, they just start telling jokes. In the end, with V, JJ demonstrates how affected pop music can be effective.

V is out on August 19th, via Secretly Canadian.