Album Review: Ariana Grande - My Everything 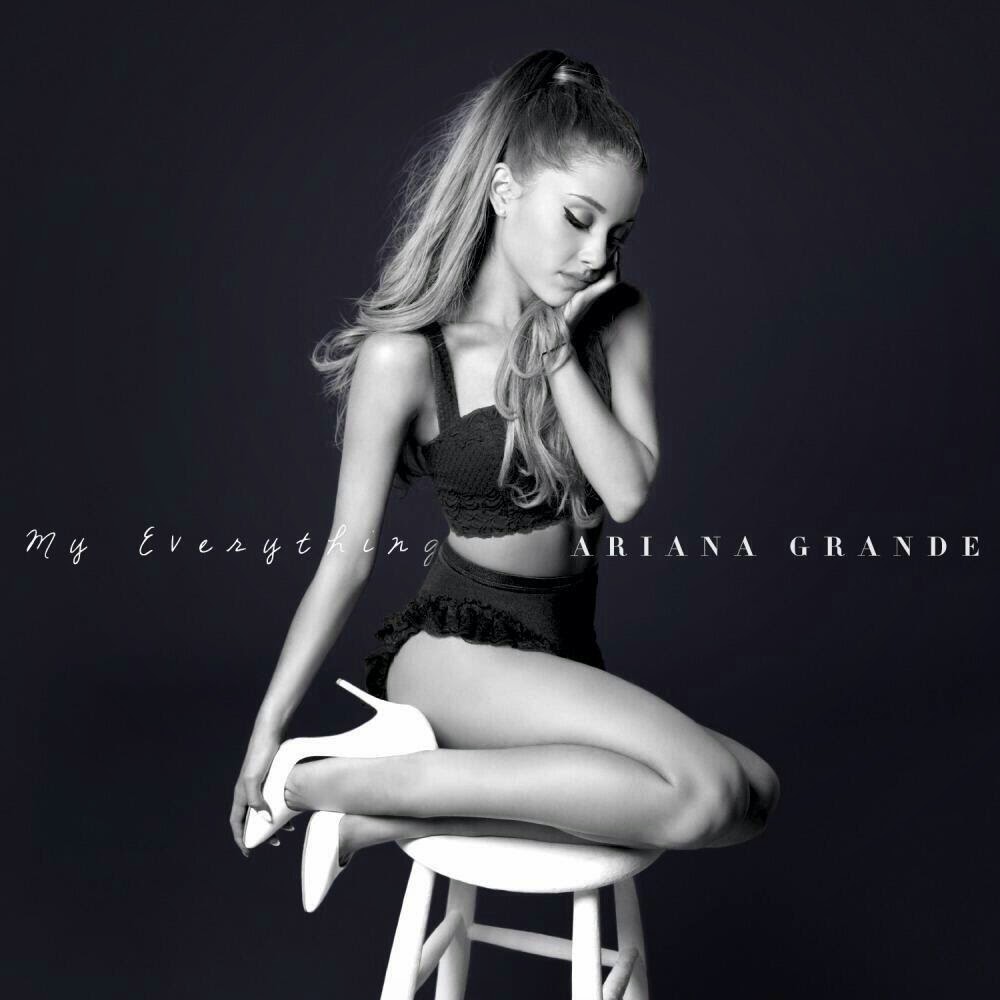 Who the hell is Ariana Grande?

That’s a question I asked myself towards the tail end of 2013, when I started to see things about her cover of “Last Christmas” popping up on the Internet. And my first thought was, “Oh great, another person decided to shit all over one of the greatest pop songs of all time.” I mean seriously, do I need to draw a flow chart? It’s like—are you thinking of covering “Last Christmas?” (Yes/No) Are you a member of Wham? (Yes/No) If you are in Wham, then man, go right ahead, but if not, then just fucking stop.

Anyway, the Internet has also told me that Grande is best known for her roll as “Cat Valentine,” in a plethora of Nickelodeon television shows. Grande is also a singer of sorts, with her full-length debut, Yours Truly, having arrived in stores just over ago.  And like most Disney starlets, they eventually want to grow up and have some kind of career, or something, and her latest effort, My Everything, is her attempt at just that.

And I’m not just kidding about her being a “singer of sorts.” Much has been made of her inability to annunciate and articulate her words when she sings. Like I am by no means a singer, but I have a hard time understanding why Grande just can’t try a little harder to make sure she actually hits all of her words, not just slurring through some of them.

My Everything is designed to be this year’s Bangerz or Prism, in the sense that it’s a “big” pop album from a young female pop singer. It boasts two singles that could be strong contenders for your “summertime jam of 2014”—including the saxophone heavy “Problem,” and the Zedd produced “Break Free.” The whole album oozes with studio sheen, and it sounds like it cost someone a lot of money to make. From a promotional standpoint, Grande has been seen wearing thigh-high white boots for the “Problem” single artwork, and writhes around in zero gravity in the video for “Break Free.” Barely 21, she looks incredibly uncomfortable with it all, as if she’s stuck between the sexuality she’s expected to use, and the doe eyed innocence she’s attempting to leave behind.

Both singles work because they are practically caricatures of what a pop song is—“Problem” follows, literally step-by-step, the instructions on “how to make a pop song” from that joke video that was making the rounds online earlier in the summer. It builds a hook from an untraditional instrument (the sax), and is structured around simple (and catchy) repetition. Oh, and it also includes a rap breakdown from Top 40 rapper of the moment, Iggy Azalea, whose post-Minaj cadence (like much of this album, honestly) leaves a little to be desired. But it’s a big dumb fun pop song. So whatever.

“Break Free” takes things in a different direction—with EDM producer Zedd on board, the song becomes a bombastic club anthem. Like, as insipid as it is, I can see people literally losing their minds when this shit comes on in the club, and everyone is out on a packed dance floor, sweaty, holding a drink, dancing with reckless abandon, with lasers and lights and all kinds of cool shit going on around them. I always feel like Zedd is trying to recapture the straight up magic of his 2012 song “Clarity.” He has a formula he likes to stick to, primarily involving a lot of synthesizers and big sounding beats, and female singers. With “Break Free,” he is practically on the cusp of something great—it’s by no means a worthy successor to how seriously incredibly “Clarity” was, but he does surpass some of his own recent work that fell short.

Structurally, My Everything plays its hand way too soon, sequencing both “Problem” and “Break Free” very early on, slowing the pacing down with a very guest heavy mid section. Four songs in a row feature cameos from either rappers, or in the case of the cringe worthy titled “Love Me Harder,” a guest spot from R&B lothario The Weeknd, who feels especially out of place on an album like this. And despite every instinct telling me to hate  “Break Your Heart Right Back,” the “I’m Coming Out” sample on the refrain is actually rather welcome. 1

My Everything is the kind of album that nearly buckles under its own weight; losing steam by the time it arrives at the closing ballad, “My Everything.” But that’s just the standard LP’s closing track. Much like every album ever released in 2014, there is a myriad of versions available with varying bonus tracks—the iTunes “deluxe edition” includes the triple threat single “Bang Bang,” which also features Nicki Minaj, and Jessie J, and despite the internet attempting to tell you otherwise, believe me when I say that it is awful. Like so awful and atrocious that it is unlistenable.

Grande is certainly not clever enough as a performer to create a “concept album” per se, but there are some recurring themes and, strangely enough, imagery, that runs throughout My Everything. The idea of “angels and devils” and “sinners and saints,” appears in two songs that arrive very early on, and there is a bit of an air about much of the material that speak to heartbreak and regret—at least to some extent anyway. And that’s odd, because the album itself does open with an incredibly unnecessary and insipid intro track that, aside from sounding like a robot warming up their voice, Grande delivers a short verse that includes the lyrics, “I want you with me on this road to the sky. We’ll be shining every night, I promise you.”  Musically, then, this intro track is revisited slightly on the album’s final song.

Since “Problem” was released as a single back in April, Pitchfork has been trying pretty hard to make Ariana Grande a “thing”—and by that, I mean catering bubble gum pop music to the indie crowd, in either an ironic or earnest fashion. I don’t think they care one-way or the other, as long as people buy what they say is “good.” An artist that used to be on Nickelodeon probably doesn’t care if hipsters want to buy her records or not, however. And since I started writing this review a few days ago, this “indie cred” campaign has peaked with P4K giving My Everything a 7.7, despite a somewhat backhanded review.

Is My Everything worth a 7.7? No. Of course it isn’t. But is it catchy, and at times infectious. Is a single like “Break Free” a gigantic pop music guilty pleasure—of course it is. The album, as a whole, while thematically disorganized and lacking focus at times, falls somewhere between Bangerz and Prism as far as a young female pop star attempting to take risks. And despite what seems to have been a lengthy gestation period for this album, Grande, as a performer, needs more time to develop into her own.

1 It’s worth noting that while I take criticism with the Pitchfork review of My Everything, which in and of itself, is an idiotic thing to do, writer Meaghan Garvey was kind enough to point out that the song “Break Your Heart Right Back” is basically one long gay joke. Which is something, I will admit, I did not catch during my initial listen of the song.

My Everything is out now on Republic Records.