Two lil' kids with a flow you ain't never heard: on Kris Kross, Chris Kelly's passing, and the summer of 1993 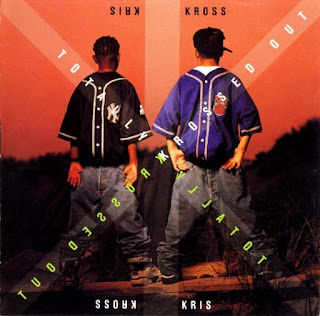 Believe it or not, I have a very distinct memory of purchasing a cassette copy of Totally Krossed Out in the fall of 1992. I would have been in 4th grade at this point, and my family and I were in Chicago for some reason. We were in a mall—Woodfield Mall, to be exact, and I believe my father and I were in a Record Town. I had a limited amount of money, and I recall a difficult decision—either purchase Totally Krossed Out on cassette, or purchase the c.d. single for song by Kris Kross. I cannot recall which.

I also, believe it or not, have a distinct memory of purchasing Da Bomb that following summer, in July of 1993, on compact disc at our local K-Mart store. I believe it was one of the first cds I bought that had the crude “silver dog bone thing” adhered around the opening of the jewel case, and when you tried to peel it away, it left an awful amount of sticker goop behind.

The albums that I speak of, of course, are the first two albums put out by Kris Kross. The kids that wore their clothes backwards. The kids that warmed it up. The kids that made you jump jump. The reason I’m even revisiting these albums, and these memories, is because of the recent and untimely passing of Chris Kelly—one of the Chris’s in Kris Kross. 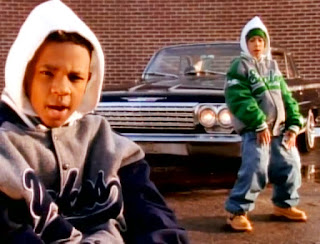 Kris Kross were a purely manufactured, pre-teen hip-hop duo. A young Jermaine Dupri wrote and produced Totally Krossed Out in its entirety. Aside from the fact that they were rappin’ kids, their gimmick was that they wore their clothes backwards, which I think is something anybody who listened to Kris Kross tried at one point. I know I did, and it did not work out very well.

Their fame came literally over night. The success of Totally Krossed Out landed them an opening slot for Michael Jackson on part of his Dangerous tour. They followed up Totally Krossed Out the very next year with an attempt at being “tougher”—Da Bomb, proved, in fact, to be a commercial “bomb,” and their fame went as quickly as it arrived.  In Da Bomb’s defense, they had a little success with the single “Alright,” which featured guest toasting on the refrain by Jamaican artist Super Cat—the dude who would later go on to be in that Sugar Ray song “Fly.” Kris Kross released one more album, three years later, in 1996—Young, Rich, and Dangerous, attempted to take their thuggish ruggish image even further. They scored a minor hit with the slow, thug love rap, “Tonite’s Tha Night.”

After that, what? Pop music obscurity? The butt of jokes about backwards pants? Their Wikipedia entry says they split up and went to pursue solo careers. I feel like a friend of mine mentioned that they both were ghostwriting for other MCs—because you know sometimes rappers don’t write their own rhymes—like “Getting’ Jiggy With It.” That was written by Nas. Can you believe it? I can’t. 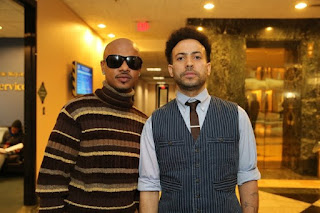 Chris Kelly and Chris Smith reunited very recently at a 20th anniversary event for So So Def—Jermaine Dupri’s Atlanta-based label. The duo performed “Warm it Up, and “Jump,” both done very energetically.

In the wake of Kelly’s passing, it was announced that he had a long history of drug abuse, and he has succumbed to an overdose. It’s tragic that this occurred, and it’s another difficult example of the rise of fame at an early age to the inevitable fallout, and not knowing how to continue on with your adult life.

I have a lot of musical memories associated with the summer of 1993 for some reason. I remember I listened to Da Bomb non-stop after it came out, playing it at my friend Paul’s house, on his family’s PC, while we played Wolfenstein 3D. This is a fragmented memory that I am lead to whenever I think of Kris Kross, and Da Bomb. 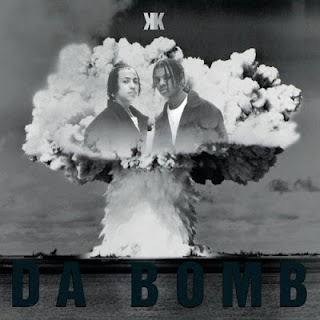 I went back and revisited that album the day after Kelly’s passing. Their voices had already dropped in that year, and for the half hour and change that make up the album, the Chris’s try to put of a very tough and hard image. They start casually tossing the “n-word” in every once in awhile to show how street they are. Upon hearing this, I did a double take. As an adult male who listens to quite a bit legitimate hip hop, I am not a stranger to hearing that word in music. I was just a little surprised to hear teenagers using it, on a record that I listened to, like, every day when I was 10. The fact that my parents, or that nobody else, or that even I, never picked up on this is astounding to me.

Certainly there were many copies of Kris Kross compact discs in Used CD stores that are being snatched up right now. Currently, as I am writing this, Totally Krossed Out is listed as a “new” release on the iTunes store homepage, and it’s also ranked number 52 on the top Hip Hop/Rap downloads.

It’s not like I was holding out for some kind of full-fledged Kris Kross reunion, or a 20th anniversary reissue of Da Bomb—although, strangely enough, I made a joke about this on Twitter like two weeks before Kelly’s passing. This, like when any musician/artist/celebrity passes before their time, it’s just flat out sad.

In new articles about Kelly’s passing, journalists have referred to Kris Kross as “novelty” rappers. I guess that may be true, but that does make them sound like they are attempting to be “Weird” Al. They were kids. They wore backwards clothing for no reason other than that it was a conversation stimulator. They were originally more of a gimmick than anything else. Their debut album is over 20 years old now. “Jump” and “Warm it Up” are still incredible examples of fun pop music—everything falling into the right place at the right time. They are enduring songs, and it’s guaranteed that anybody alive in the 90’s knows the words to both, and will rap the shit out of those songs along with Kris Kross.