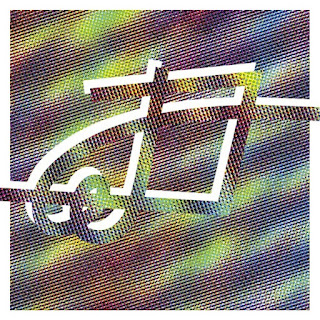 Considering what a sad sack I am, it should be no surprise to anybody that I don’t really listen to a lot of music that I consider “fun.” Like music for good times. It’s not something that I actively seek out. So which is why it’s a total surprise, for me anyway, how fun this Dungeonesse album is, and how much fun I have listening to it.

You could say that Jenn Wasner seems like she is doing anything to get out of making another Wye Oak record. The Baltimore based guitar/drum duo released something—an LP or EP—every year, from 2008 to 2011. Since then, Wasner went solo on that ass with her vanity project Flock of Dimes. And now, she’s got Dungeonesse.

Wasner is joined by fellow Baltimore musician Jon Ehrens—the project was first announced in late 2012 when the dropped the astoundingly danceable single, “Drive You Crazy.” Duneonesse pull their influences from a love of Top 40 radio and R&B, specifically 80’s and early 90’s R&B from the sounds of their self-titled LP. 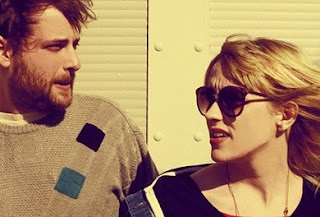 Dungeonesse, even in the very few instances when it doesn’t work, is a blast to listen to. The opening track, “Shucks,” wastes no time getting into an incredible groove, based around bouncing synth lines and Wasner’s easily identifiable vocals. This is followed up with the aforementioned “Drive You Crazy,” then the easily twerkable jam “Show You.” Production wise, there’s a huge attention to detail in these songs. Wasner’s voice is often effected and/or multi-tracked, creating a very rich vocal sound. The beats are dope as hell, all showing a slight tip of the hat to their influences, but at the same time, totally original.

“Private Party,” a song that served as a b-side to the “Drive You Crazy” single is a straight up 80’s party jam, and the slower tempo, trap-influenced “Nightlight” closes out the first side, making it a flawless five track run.

Things don’t necessarily take a bad turn or fall apart on the second half of the album, but the pacing of the songs changes. It start with the somewhat noisy “This Could Be Home,” then goes into a true R&B slow jam, “Wake Me Up.” Dungeonesse closes up with the rather bombastic club banger “Anywhere You Are,” and the slower, somewhat somber, and completely gorgeous “Soon.”

The only real clunker comes with the song “Cadillac.” Constructed around Wasner’s sampled voice singing “Cadillac, “ and “Drunk off of this love,” the track is primarily designed for a guest verse from Baltimore rapper DDm. It’s not a bad song, but it definitely feels out if place when filed in with the other nine track songs on the album. Although as soon as I wrote that, I had the refrain stuck in my head for, like, an hour.

Recalling the vibe of early 90’s, “MTV Jams” R&B, along with hints of Janet Jackson and Whitney Houston, Dungeonesse is never tries too hard. It actually seems to all fall together effortlessly, although that is certainly not the case. If you listen closely, it’s a very well thought out, and probably labored over concept.  The music is never completely derivative of the era it is paying homage to, but it’s also not “too future” sounding. And the key element to the success of this is Wasner’s distinct singing voice. It’s interesting to hear her get to play with her range more—she rarely strays from a low-ish, somber-ish tone when singing with Wye Oak or as Flock of Dimes.

The weather is finally nice, and Dunegonesse is destined to be the soundtrack to this summer—one of these songs is destined to be my “Summertime Jam for 2013.” Even if your life is shit, for the 35 minutes it takes to listen to this album, you will forget about your problems.

Dungeonesse is available Tuesday, May 14th, courtesy of Secretly Canadian.