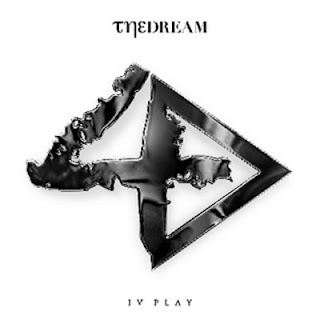 Terius Nash probably wants to have sex with you.

That’s one thing I learned while listening to, IV Play, Nash’s fifth LP under the name The-Dream.

I learned some other things about The-Dream throughout the course of the album:

You may not know the name “The-Dream,” but you are most certainly familiar with the songs he has written for other artists—most notable “Single Ladies” for Beyonce, and “Umbrella” for Rhianna, just to name a few. When Nash isn’t writing and producing incredibly successful songs for others, he turns his attention to his own music.

I’m certainly no expert on the music of The-Dream. And I am by no means an expert at modern day popular R&B. IV Play is a perplexing album. It’s a chance for Nash to show off what an excellent producer he is. And musically speaking, there’s some incredible stuff happening here—his love for all tones of synthesizers creates some really impressive textures across the album. Nash is also a pretty great singer—the multi-layered harmonies on the title track are jaw dropping. But because this is pop music and it is 2013, he is auto-tuned heavily for no reason, other than that’s what you do now, I guess.

IV Play is also just raunchy. Like REALLY REALLY raunchy. The first four songs alone will make you blush, make you gasp and probably say, “Well, I never!” and they will also probably make you laugh. Because it’s so hilarious. Like the things that Nash sings are so ridiculous that I am not even certain how one could come up with lyrics like this. And he believes in everything he sings—his earnest delivery is not tongue-in-cheek. All of the bullet points from above are things that Nash ACTUALLY says on this album. 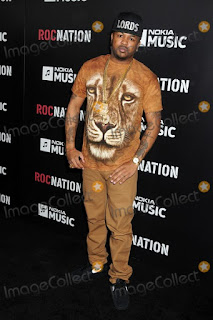 IV Play is not a bad album. It’s not a good album. It’s an album that currently exists. As asinine as some of the songs like “High Art,” are catchy as hell, proving that even if a song doesn’t really work for me, that Nash is still a talented songwriter and knows how to craft something you can’t get out of your head.

But mostly it’s the kind of album I listen to with headphones on, sitting on the floor of my living room, watching my companion rabbits play. There is nothing life affirming about IV Play and why should there be? That’s not what it is there for. Pop music, at its core, is about entertainment and The-Dream has made a relatively entertaining, very modern sounding R&B record.