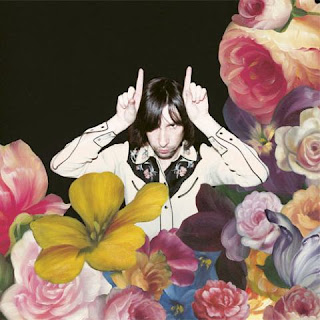 For some reason, I’m having a hard time with the fact that a band like Primal Scream is making the kind of music it is making in the year 2013. It’s not dated, but it’s not timeless. It falls into some strange area where many other UK bands also reside—Stereophonics, Supergrass, Spiritualized (I guess only bands that start with “S.”) This strange area is a place for bands that make big, pompous, bombastic “rock” music that never quite caught on in the US, save for maybe one or two songs, but they are of course HUGE in their respective homelands.

The new Primal Scream album, More Light, is big, pompous, and bombastic. The band, originally hailing from Scotland, have been at it for over 30 years, and saw a resurgence of sorts in 2011 with the 20th anniversary reissue of their seminal album Screamadelica. I first became aware of Primal Scream in 1994, because of the single “Rocks,” a Stonesy, glammy song that had an MTV “Buzz Bin” video, and I remember seeing the accompanying album, Give Out But Don’t Give Up in a Sam Goody.

I am by no means an expert at Primal Scream, nor am I a fan. But in an attempt to listen to and review More Light, I also listened to the aforementioned Screamadelica, and their 2000 noisy opus XTRMNTR. And also, full disclosure, my vague interest in the band and their two most popular albums, along with a new release, is all courtesy of Primal Scream’s association with My Bloody Valentine—Kevin Sheilds oversaw the remastering of Screamadelica, he was an additional player on XTRMNTR, and he contributes guitar to a song on More Light.

More Light opens with a song called “2013,” and it will be dated within, like, six months from now. It’s a long song—9 minutes long, to be exact—and it serves as a bit of a thesis statement for the album. Things are gonna get long, they’re gonna get glammy, and we are going to rock you. The refrain involves frontman Bobby Gillespie yelling “2013!” a few times, and the song itself is mainly driven by a squalling saxophone riff. 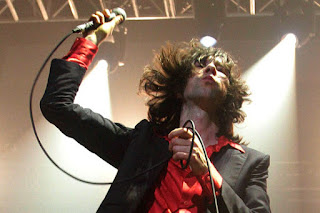 As I listened to More Light, I realized that all of the “S” bands I mentioned, as well as Primal Scream, are “rock stars” in every sense of the stereotype. They trash hotel rooms, they snort blow off the quivering stomach of some hooker, they wear tight jeans and t-shirts that are too small and tight, and there’s lots of saucy finger waving and hip jutting to the beat. You can hear all of this in every song on the record. It’s not a bad sound—I think it’s supposed to just be big, fun, loud rock music. But it’s just tough to take it seriously, because it takes itself a little too seriously.

Sonically it shifts throughout—laid back grooves, brash straightforward rock, and eastern-influenced psychedelia. As a band, Primal Scream refused to be backed into a specific style of music—XTRMNTR is full of abrasive keyboards and guitars, and driving beats. Screamadelica  is a “feel good” kind of album, really the kind of thing that could only come from the early 90’s—More Light’s closer tries to recapture this vibe—“ It’s Alright, It’s OK,” is an archetypal “anthem”—strummy acoustic guitars, bongos and congas, and what sounds like it could be a gospel choir—it all just builds and builds, and you just want to clap your hands along with the song.

More Light is not a bad album. But it’s not a life-changing album. It simply exists, and it’s something that I have spent time out of my day listening to. The songs are catchy at times; the lyrics are insipid at times. It’s a surface level record, that’s for sure. There is nothing deep, or really profound happening within these songs. I actually struggle to image the writing sessions for this album, with Gilelspie scribbling “2013!” or “Hit Void! Hit Void! Hit Void!” in a notebook, thinking it’s fucking poetry. More Light is also long—the standard LP clocking in over an hour, and then there’s the “bonus disc” with more material. Much of it is weighed down by its own pomp and bombast.

I listen to a lot of music. Every once in a while, I purge my laptop of music I know I’m not going to listen to again—80% of The 20/20 Experience ended up in the trash bin. More Light may not get deleted from my music library, but it’s also a record I don’t see myself returning to often for serious listens.