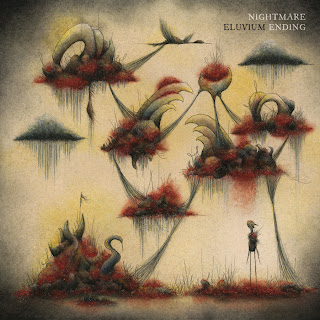 In attempting to write a review about ambient/experimental/drone music, I am usually somewhat uncertain where to begin. I never keep in mind my audience—presumably many who will read this are not fans of ambient music, but I want to write a piece that makes it sound like the album in question is, you know, worth your time, even if experimental music is not your “thing.”

Eluvium is the performing name of Matthew Cooper, a Portland based musician who has been putting out a variety of ambient and experimental releases on the Temporary Residence imprint for almost a decade now. Cooper’s sound is interesting in the sense that it shifts from album to album—2005’s Talk Amongst The Trees was based around controlled feedback and droning, while the follow up, Copia, is relatively straightforward piano compositions with some orchestral accompaniment. 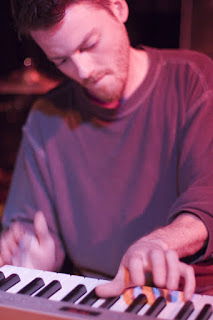 Cooper has returned with a new double LP—Nightmare Ending.  Don’t worry, it’s not nearly as dark or ominous as it would seem with a title like that. At times, a bit uneven, but overall, it’s like 83 minutes of all of the sounds Cooper is capable of producing.

The first disc opens very strongly, with the piano based “Don’t Get Any Closer,” that once it gets going, seems like it could be pulled from the soundtrack of a “coming of age” movie. Immediately following that is “Warm,” and it’s exactly what it the title says—a warm, beautiful orchestral piece. As the first disc continues, it veers into the dark, drone territory, back into very simple piano compositions, some chilling ambience, and then something most triumphant—the final track, “Envenom Mettle,” chugs along with rattling percussion, while various piano keys, synth tones, and pretty much anything else you can think of, come in over the top. It’s a grandiose way to close out the first half of the album.

Eluvium- "By The Rails"
Eluvium- "Impromptu (for the procession)"

Disc two opens with an ambient/piano piece, “Chime,” one of the shorter songs across the set, that by the end, it eventually spirals into droning dissonance. The second half of the album sticks to the same blueprint as the first half—delicate piano tracks, expansive ambience, a little bit of drone, and then finally, the album’s closing track, “Happiness,” the only track featuring vocals, provided by a somewhat miscast Ira Kaplan from Yo La Tengo.

Nightmare Ending isn’t a bad record. It’s just a bit of a confusing record. At times, it seems like it wants to be an Eluvium mixtape. Other times, it seems like a little bit of grandstanding—as in to say, “Oh look at all the pretty sounds I can make for 80 minutes.” Each song, taken on its own, is great. As a whole, because there is so much style hopping, you can never get settled into the right atmosphere, which is one of the main points of listening to ambient/experimental/drone music.

Nightmare Ending is available now courtesy of Temporary Residence.  You may also direct your internets here to stream four other songs off of the LP.