Review: Mark Kozelek and Jimmy LaValle- Perils From The Sea 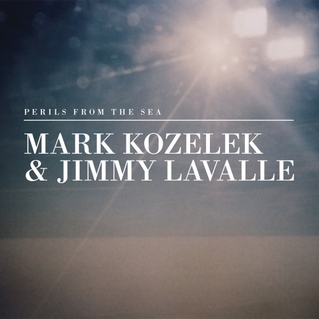 Ugh. So I kind of don’t even know where to start with this Mark Kozelek/Album Leaf thing. You guys remember when I was kind of pumped about this? Yeah. Me too. Those were different times.

But for real though, this isn’t bad. But it’s also not good. It’s trapped in some strange musical limbo where middle of the road records go to be listened to and then promptly forgotten about.

Perils From The Sea is an odd pairing of two artists you would never expect to collaborate—Mark Kozelek, the original sad bastard, former frontman for the Red House Painters, current-ish frontman for Sun Kil Moon, solo artist who just continues to play the nylon string acoustic guitar and bore the shit out of everybody, and by all accounts, a real asshole.  And then there’s Jimmy Lavalle, who records instrumental post-rock under the moniker The Album Leaf.

Perils is anchored by Lavalle’s array of beeps and boops, while Kozelek’s tired-ass voice croaks some shit over the top of dusty sounding drum machines and 8-bit synths, among other things. It is refreshing to hear Kozelek backed by something that is not a nylon string acoustic guitar. Because that act is real old, B. For real.

The strange thing here is that as The Album Leaf, LaValle relies on an actual band now—so it seems like a bit of a step backwards for him to be providing all of the instrumentation by himself, using what at times, are somewhat silly sounding keyboards and beats.

Some of these songs are pretty decent, like the opening track “What Happened to My Brother?” and “Caroline,” a song buried passed the halfway point of the record. One of the redeeming qualities of this album is that Kozelek is in “storytelling mode” with his songwriting. It’s the first time he’s been in this songwriting mode in over a decade, dating back to Sun Kil Moon’s debut Ghost of The Great Highway.

Over the last five years, Koz has become a bit of a caricature of himself. I went into this a bit when I originally posted about this joint back in January. He used to just complain on stage about how his fans were no longer hot young girls, but ugly dudes in “western shirts.” Now he’s writing songs about this shit! He’s obviously self-aware, but damn B, why are you insulting your audience like that? Anyway, Perils thankfully steers clear of this, and the only time the songwriting gets a bit personal is when the “Oh it’s so tough being a touring musician. Oh life on the road is so difficult,” lyrics get tossed in.

It’s a pretty self-indulgent album. Every song is REALLY long. Like probably longer than they need to be. And every song is also REALLY slow—so listening to this shit takes forever. But not really forever. Just like 77 minutes. I also noticed upon multiple listens that everything starts to sound the same—it’s like, “Oh here comes some trudging beat with a synth sound over it. And now here comes Kozelek soundin’ really old and tired, singing some shit over the top of it.” 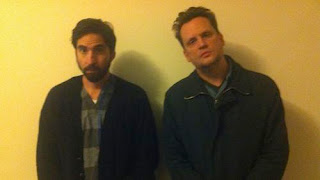 Perils From The Sea is an interesting experiment. But there is nothing immediate or urgent about this album. The odd couple pairing of Lavalle and Kozelek is somewhat reminiscent of The Postal Service—I suppose this would be The Postal Service for the NPR 40+ crowd.

The thing about that is The Postal Service’s Give Up is a decade old now—and to my ears, it hasn’t aged very well at all. In thinking about Perils From The Sea, it’s the type of album I wonder if anyone will remember at all a decade from now.

If you’re a die hard Mark Kozelek fan, I would suggest you at least give this a listen. Maybe you’ll hear something in it that I didn’t. Perils From The Sea is available right now courtesy of Kozelek's own Caldo Verde imprint.

If you are not a die hard Kozelek fan, may I point you in the direction of the good music he was once capable of producing?