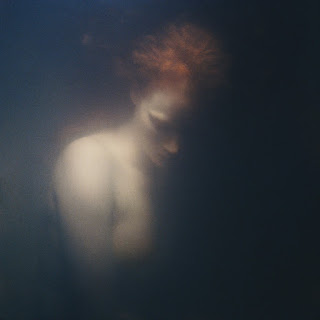 The Bluebird of Happiness is not a daytime kind of record. The overwhelming sense of melancholy that is embedded within each song makes it the kind of record you can really only listen to at night—it helps too if it’s in a poorly lit living room in a small apartment.

Lotte Kestner is the musical nom de plume that Anna-Lynne Williams has taken for her output of solo releases. Once the frontwoman for the now defunct Trespassers William, currently one half of the duo Ormonde, all of her releases under the name Lotte Kestner conjure up a ridiculous amount of adjectives—desperation, haunted, lonely, fragile, heartbreaking, and even romantic at times—but most importantly, the songs are just flat out sad, and all usually very minimal—her voice, acoustic guitar, and somber sounding keys.

Bluebird is a truly intimate affair, recorded on a mobile studio in various bedrooms, and each song is like a secret somebody is carefully whispering to you. The first half of the record blends traditional acoustic guitar plucks with the moody atmospherics you could find within the work of her former band Trespassers William—the second single, “Wrestler,” is an excellent example.

The album’s centerpiece arrives with the song “Pairs,” which is the most devastating song on this record.  Accompanying Williams is Icelandic musician Arnar Guðjónsson, of the group Leaves, on piano. In trying to describe this song, I find I am actually at a loss. It’s hypnotic; the piano plunks away underneath Williams’ voice as it rises and falls. It’s within “Pairs” that you realize you REALLY have to be paying attention to the lyrics of these songs. Williams, also a poet, strings together seriously breathtaking lines on each song. Sure the music can sound as somber as it wants to, but the real heartbreak comes in the words.

The second half of the record features one of the covers Williams self-released in 2011—a very somber, beautiful takes on “Halo”—yes, the Beyonce Knowles song. It’s an original spin on a bombastic top 40 hit. Towards the ending of the record, Williams pulls out a surprise in the song “Eggshell,” a really dark, synth-heavy jam, with the repeated line “love, it’s so hard to love/guess that’s what makes it worth so much.” This idea, or theme as it were, is present in pretty much every song on the record.

Bluebird closes out with the album’s first single, “Cliff,” and then a very fitting final track—“Little Things.” The last line of the song, and the final thing you hear before the record stops is “I’m gonna give myself away in little things/I’m not about to hold it in.”

The Bluebird of Happiness finds Williams really growing into the role of a solo artist, and expanding on the feeling of her solo debut as Lotte Kestner, China Mountain. Hers is a voice that demands to be noticed, and there are moments on this record that stick with you long after you’ve finished listening.

The Blue Bird of Happiness is available now courtesy of Saint Marie Records.