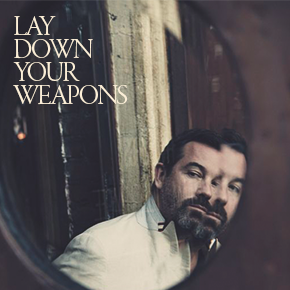 You may have gleaned by now that I have a fairly eclectic taste in music—ambient droning, shoegaze, early 90s East Coast hip-hop, and downy clowny tunes are just some of the genres (or theoretical genres) I have an interest in.

My love of Duncan Sheik isn’t even a “guilty pleasure.” I make no effort to hide that I appreciate the many facets of Mr. Sheik’s songwriting. You may remember him best for his 1996 hit “Barely Breathing.” It’s a song he cringes at the thought of now, but it’s a song that probably still gets enough air play on various adult contemporary stations that he is probably making mad bank on it, over 16 years later. 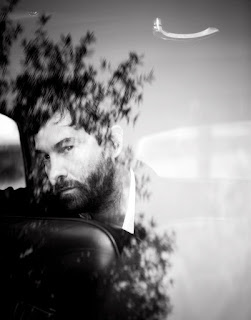 Some may consider Duncan Sheik a “one-hit wonder,” because what did he do after “Barely Breathing?” Well, for starters, he’s consistently put out records every few years—1998’s moody sophomore album Humming did not do very well commercially, 2001’s Phantom Moon was even moodier (and it’s my favorite of his.) In 2002 he put out a record that could double as an experiment in just pure pop music—Daylight is the slickest sounding record he’s ever recorded, and it fulfilled his contractual obligations to Atlantic Records, and thus has mostly been operating independently since then.

His last album of real pop music was 2006’s White Limousine. Since then he’s written the music for the very successful Broadway show Spring Awakening, released a concept album of songs intended for a theatrical production—Whisper House, and most recently an entire record of reimagined covers of songs from the 1980s.

Needless to say, it’s been a minute since Sheik has released any new material that was not a cover, or not a part of something much larger. Monday’s release of a new, free single, “Lay Down Your Weapons,” put an end to that.

Given away free on his website, Sheik’s statement about this song is as follows: I wrote Lay Down Your Weapons in 2011 while on tour in Indonesia. I have been playing it live during the past couple of tours and there have been many requests that I release some version of it. Because of the senseless, ongoing gun violence that is plaguing America I felt even more acutely that I wanted this song to be available to anyone who wanted to hear it. The lyric was not written as a political statement and is obviously a metaphor about fraught human relationships but I do feel personally there are many types of weapons out there that need to be “laid down” for good and forever.

“Lay Down Your Weapons” is classic Sheik, proving that he hasn’t lost his touch for pop songwriting in the six plus years he’s spent away from it. Some of his best songs, throughout the whole canon, are based around the formula this song follows—relatively acoustic instrumentation: acoustic guitar, piano, brushed drums, and bass. But the secret ingredient that makes it all work is the added layer of atmospheric electric guitar provided by Sheik’s mainstay lead guitarist Gerry Leonard.

As mentioned in Sheik’s explanation of the song, it was written in Indonesia two years ago. What he fails to mention is that he was in Indonesia shortly after leaving a stint in rehab, so given that framework; this is an intensely personal song.  But it’s also tough to base it around that concept, given the title, and given the main reason why it was released now, for free.

Sheik is long overdue for a proper follow up to White Limousine. Dude stays pretty busy with theatre projects—he wrote a musical adaptation of the novel/film American Psycho, and is consulting on a film version of Spring Awakening. “Lay Down Your Weapons” is a song that stays with you after you listen, and hopefully this means that there is a supply of maybe eleven more songs like this that would see the light of day soon.

"Lay Down Your Weapons" is available to download, for free, courtesy of Sheik himself.