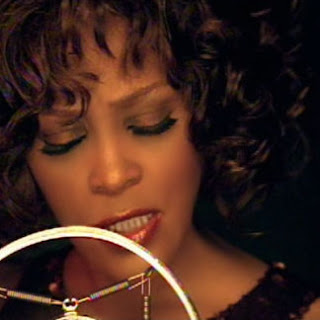 Occasionally, a celebrity death affects me more than it should. Michael Jackson’s passing, for example, was particularly difficult for me, having grown up a huge fan of his music. Author David Foster Wallace’s death in 2008, at the time was very surprising, but with the more I read his work, and the more I learn about his life, and the debilitating depression he suffered from, the more grim it is for me to handle.

I remember where I was when I first heard the news about Whitney Houston’s death. I was at an annual gathering with a group of friends—Bad Movie Weekend, it’s called. The name of the event pretty much explains what occurs. And while I was sitting through yet another horrible motion picture that someone was subjecting us to, I started to futz around on my phone. On Twitter, I started seeing things about Whitney Houston having died. Certainly this was some kind of mistake, or Internet hoax. But sure enough, on Saturday February 11th, Whitney Houston passed away from what was later determined to be and accidental overdose of cocaine, among other things found in her system.

Since I am originally from the 80s, the pure pop music of Houston’s early days hold a special place in my memories. The singles off of her second album, Whitney, alone are synonymous with the decade—“I Wanna Dance With Somebody,” “So Emotional,” and “Where Do Broken Hearts Go?” just to name a few.

Then there’s the soundtrack to the 1992 motion picture The Bodyguard—the first side comprised of six new recording from Houston, including the now iconic performance of “I Will Always Love You.” And the 1995 single “Exhale (Shoop Shoop)” from the film Waiting to Exhale, followed later on by the 1998 “comeback” record My Love is Your Love, featuring Houston backed by a more modern R&B sound—a standout from which is the possibly obscure by now single “Heartbreak Hotel,” featuring Faith Evans and Kelly Price.

An interesting fact to note if you look over the career of Whitney Houston—she only released six true studio albums. I read that after her 1990 album, I’m Your Baby Tonight, and her foray into acting with The Bodyguard, she had planned some kind of Barbra Streisand-esq semi-retirement from recording, only contributing songs to soundtracks of films she happened to be in. That however was not the case, which was what lead to the aforementioned My Love, as well as her final two studio releases from 2002, and 2009, respectively.

Then of course, there’s her personal life, which over time, overshadowed her talent and musical career. There was her marriage to Bobby Brown. There was her erratic behavior, only worsening over time. And then there were the years of substance abuse.

Whitney Houston passed away on the eve of the Grammy Awards last year. She was expected to attend a party in the hotel that she died in, hosted by music mogul Clive Davis—who was instrumental in the success of her career. Many within the industry were disgusted with the fact that the party still proceeded—Houston’s body hadn’t even been taken out of the building. And many in the press saw a tragic irony to the entire event; that she died in a hotel where a pre-Grammy Awards party was being held, making her rise and fall another example of the problems that come from success and excess within the entertainment industry. 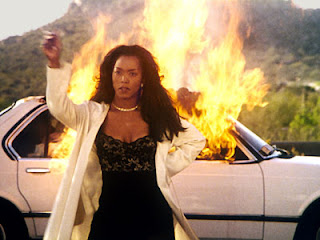 The day after Houston’s death, my wife and I watched the movie Waiting to Exhale. Neither of us had seen it before, and save for the scene where Angela Bassett sets her husband’s care on fire, it was a movie that didn’t really speak to either of us. Perhaps that is because neither of us are middle-aged African-American women, struggling with our identity and place in the world.

Shortly before her passing, I had rediscovered the title song from Waiting to Exhale, “Exhale (Shoop Shoop.)” Upon its release in 1995, I was in middle school, and I don’t remember caring much for it. But more than fifteen years later, I came to realize what an incredible song it is—a stellar example of Kenneth “Babyface” Edmonds’ early-to-mid 90s run of songwriting and production at it’s best.

In a recent R. Kelly song, there’s a lyric that goes, “funny how they wait until you gone just to miss you.” Similarly to the music of Michael Jackson, I remember the radio hits of Whitney Houston soundtracking my childhood in the late 1980’s. I remember buying the cassette tape of The Bodyguard soundtrack for some reason, and listening to the first side—the Houston side—over and over again. Whitney Houston was an iconic name, and an iconic voice, in contemporary popular music. And a year after her passing, I wonder if that is how she will be remembered—if time will be kind to her memory and legacy, or if the troubles she carried in her life will still weigh her down in death.