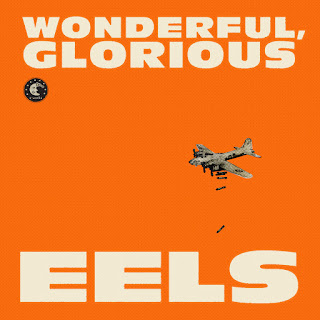 “Life is hard. And so am I. You better give me something so I don’t die.”

A true product of the 90s. That is the ostentatious opening line to “Novocaine For The Soul,” the first single, as well as the first track from the debut record by The Eels—or just “eels,” as it is often stylized. The career of The Eels, and its frontman/mainstay member Mark Oliver Everett, has been an interesting thing to track.

A very early signee to the newly minted Dreamworks Records, Beautiful Freak was the second record released by the label. Never a real commercial success, sometimes thought to be critical darlings, Eels managed to hold onto their deal with Dreamworks until 2003—two years before the label totally folded. Since 2005, the band has been on Vagrant Records, and unlike many other late 90s “buzz “ acts; Eels are still around, and still release albums with relative consistency.

While their debut could be best described as “tormented pop,” each Eels record has a slightly different sound—but every Eels song is grounded in Everett’s odd sense of humor. His songwriting can be whimsical at times, or somber. Or an odd combination of both. There are times when he doesn’t take himself seriously. And then there are times when he maybe takes himself a little TOO seriously.

All of these elements are covered on the new Eels record Wonderful, Glorious, their first record in three years.

Wonderful, Glorious could be considered a “heavy” record. It’s primarily guitar driven—often fuzzy and distorted. It also begins very heavily—both the opening track (and somewhat of a thesis statement for the record) “Bombs Away,” and its follow up “Kind of Fuzzy” rock, you know, pretty hard. The first single off the record, “Peach Blossom,” bounces along with ramshackle sounding percussion, a fuzzed out bass line, and a strange lyrical structure where more emphasis is placed on the chorus, rather than the verses.

There are also some slower moments where the band turns it down—“Accident Prone,” and “True Original” are both very tender, and beautifully played.

The record is somewhat self-aware in its sequencing. The first half comes to a sensational close with the song “The Turnaround”—and then the second half begins very smartly with the second single from the record, “New Alphabet,” another fuzzed out jam.

Many of the previous Eels records have been full on concept albums, like 1998’s Electro-shock Blues (my personal favorite), as well as their 2009-10 trilogy of releases, each one bound by a similar theme or idea. Wonderful, Glorious, lyrically anyway, has no common thread that I can discern.  Sonically, this record fits together very well. 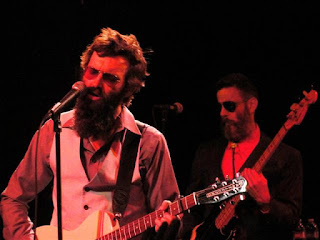 I listen to a lot of different styles of music, and while at times, Eels can be pretty dark, overall their music is “fun,” I suppose you could say. And for me, a record like this is a refreshing change of pace from all the ambient droning and downy clowny music I spend a bulk of my time on. It’s also a bit of a nostalgia trip—while this would obviously considered a “rock” record, Eels have held onto a feeling associated with the “alternative” scene of the mid to late 1990s. A term like that is pretty meaningless today, but I am happy to see that Mark Everett and his crew are still carrying the torch.