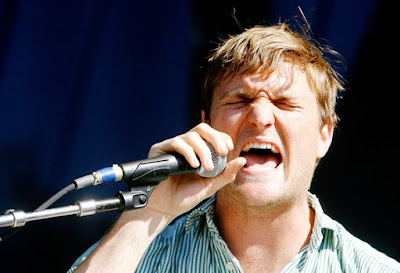 As the title of this post suggests, I erroneously volunteered myself to review the latest effort from the Cold War Kids.

I could say I was a fan of the band from about 2006 until 2007. By the time their second album came out in 2008, I had lost interest. And they weren't something I really thought about much in recent years until last summer, when I forced myself to sit down and write a thinkpiece about how their debut was a decade old.

They're still plugging away, and they sound a lot different than they used to. Read my relatively harsh and mean spirited review here.

Also, as a side note, it's pretty hilarious working with record label PR people when writing for a 'real' music website like Spectrum Culture. For what I do here, I just either review things I've bought for myself or have......'obtained'.....for review purposes. Rarely do I get promo copies of anything sent my way.

However, we're still living in the age of high seas music piracy, and whoever does PR for the Cold War Kids and Capitol Records takes their job very seriously. I was sent a link that would only work on one device (the first one I opened it on.) That link took me to a stream of the album that would expire after two weeks.
Labels: awful bullshit cold war kids crappy pop music l.a. divine new album new music new review review spectrum culture