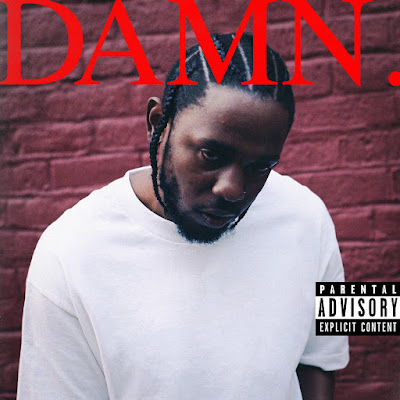 At the tail end of 2012, I pressed play on Kendrick Lamar’s good kid, mAAd city, and listened to it with my headphones as I did some work in my basement. I don’t remember how far I got into it, but I do know that, after multiple attempts as the year came to a close, I couldn’t do it. I couldn’t get into it, despite what everyone was telling me, and despite my best efforts.

In February 2015, I was not in a good place, but still had to function—I had stories to write for the newspaper (I had only been on the job around six months at this point) and I was making an effort to generate content for this blog. Kendrick Lamar returned and released the ambitious and critically lauded To Pimp A Butterfly. I pressed play on it, and got a few seconds into “Wesley’s Theory.” Maybe I was sitting in my cubicle at the paper when this happened—I don’t remember. Like I said, this was a bad time for me. But I remember hearing George Clinton’s voice speaking, and thinking to myself, “Yeah, this isn’t going to work out.”

So I turned it off.

Almost every person I know who likes contemporary rap music really likes Kendrick Lamar and I am some kind of odd contrarian. My co-worker at the bookstore always seems perplexed when I explain how I’ve tried, but up until now, I just couldn’t do it. There was something that was keeping me at a distance.

So when it was announced that Lamar was releasing a new album, bluntly titled DAMN., I wondered if I should even try at all, you know? Like, was this going to be the time that it works out for me?

A sprawling, high concept album that takes on faith and humility (and Geraldo Rivera, among other things), DAMN. scales back the weight-buckling ambition and depth of To Pimp A Butterfly, pairing down Lamar’s vision and message to something exponentially more accessible upon initial listens. That doesn’t mean that it is an easy listen; no, DAMN. is incredibly complicated, dense, and demands a lot from its listeners, but somehow, it still manages to not come across as being as daunting or intimidating despite all of the idiosyncrasies it has going for it.

DAMN. begins and ends in roughly the same place, which is with Lamar, or a character that Lamar is playing the part of, getting shot and killed on the street by a blind woman he offers to help—a layered metaphor for justice as well as racial relations in the country. This slides into the first reference of Geraldo Rivera and Fox News—sampling Rivera’s critique of Lamar’s performance of the song “Alright.”

Every song on DAMN. has a one word title, and every song title is in all capital letters. And if that weren’t enough, while taking a handful of ideas that run throughout the album (as well as being haunted by the ghost of Tupac Shakur), one of the things that makes this record so impressive is just how smart and clever Lamar is as a writer and performer. “Sex, money, murder—it’s in our DNA,” he deadpans sarcastically at the end of the frenetic “DNA,” a track that features no discernable refrain, just Lamar breathlessly spitting bars, bucking against racial stereotypes (and again, sampling Rivera’s problems with rap music.)

This segues into the slow motion drawl of “YAH,” and the energetic rollick of “ELEMENT,” which, despite the slightly insipid “I’mma make it look sexy” refrain, proves Lamar knows how to construct a song with a hook—this thing will be stuck in your head long after you’ve moved on to another song. He pulls this same feat off on the slinking, Rihanna feature “ROYALTY.”

It’s also on “ELEMENT” that Lamar begins to wrestle with the concepts of faith and spirituality. The phrase “Ain’t nobody praying for me” is one he returns to over and over again on DAMN., directly addressing it on the haunting “FEEL.”

As the album moves forward, Lamar begins to dissect modesty on the noisy and bouncing “HUMBLE,” then slides into the hypnotic groove of “LUST,” before tapping into a very pop-oriented, synth heavy sound on “LOVE,” which features a mostly unknown singer named Zacari, who has previously collaborated with Lamar’s label mate Isaiah Rashad.

This is a good time to bring up Lamar’s Top Dawg Entertainment brethren—none of which make appearances on this record—though it isn’t a very feature heavy effort. One strange inclusion, which had a lot of people raising their eyebrows after the tracklist was released, is the “featuring U2” on the track “XXX.” A bizarre, two-part saga, “U2,” aka a small contribution from Bono, doesn’t arrive until the song’s second half. The rest of U2—Adam Clayton, The Edge, and Larry Mullen—are credited as writers on the song, and as the internet continues to unpack the lyrical content, people are realizing there’s a lot of overlap between 2017 Kendrick Lamar and classic U2—divining into Old Testament imagery and the disillusionment with America.

Smartly, the album segues into both of those topics most directly in two of the final three songs on—“FEAR” (the album’s longest, most sprawling song) finds him the most self-aware, referencing the album’s own length (“14 tracks, carried out over wax”) calling back to previous songs (something he does throughout the album) and expressing palpable anxiety over his own mortality, humility, and spirituality—it begins and ends with an angry sounding voice mail from his cousin, who, among other things, recites a biblical passage to him.

“GOD,” despite being the album’s thirteenth track, actually serves as the conclusion to the album’s main conceits. Snappy and based around airy sounding synths, Lamar kind of sing-raps his way through expressions what “This what God feel like,” and “Flex on swole.” It’s not the album’s finest moment, but in a way, it sounds like Lamar is having fun, and if there is any kind of conclusion or “ending” to DAMN., this is it.

The album’s final track, “DUCKWORTH” (Lamar’s given surname), arrives as an epilogue to the songs that precede it. Touching briefly on some of the spiritual themes of the album as a whole, the song itself serves as an origin story of Top Dawg Entertainment, and namely its mysterious CEO Anthony Tiffith. By no means a modern day Suge Knight, Tiffith, at one time, was just a stick-up kid who would have killed Lamar’s father, Kenneth “Ducky” Duckworth; Ducky worked at a K.F.C. Tiffith would eventually go on to rob, but due to kind exchanges in the past, Tiffith lets Ducky live.

While it’s charming how Lamar recounts this story, it’s also incredibly chilling to think of how fated the entire thing is. “if Anythony killed Ducky, Top Dawg would be servin’ life, while I grew up without a father and die in a gun fight” are the stark final words on the album before Lamar spends the final 30 seconds of the record reversing the tape, leading us all back to the opening of “BLOOD.”

Thanks to his associations with Dr. Dre, Lamar rose from independent rapper to superstar within a year’s time and somehow, over the course of the last five years, has managed to keep a level head about the entire thing. Rather than succumbing to any kind of pressure with the follow up to good kid, he only grew more ambitious and it paid off with To Pimp a Butterfly. And rather than try to be more ambitious with DAMN., he scaled it back. The album is not a step forward, nor is it a step back. It’s a thought provoking meditation that still manages to keep its listener in mind.

The thing that is obvious about Kendrick Lamar is that he cares about hip-hop as an art form, so this isn’t an “easy” listen (easier in comparison to his other albums, maybe) and in the end, there is no real resolution, but it is manageable in scope.