We Were Dancing in The Shadows - Live's 'Secret Samadhi' turns 20 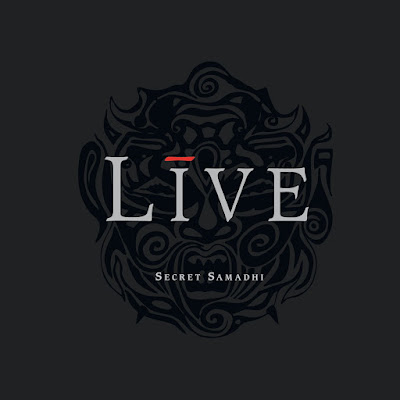 So let's just get a few things clear here before I share this link.

First and foremost, I've never been, like, a HUGE fan of the band Live. I bought this album, Secret Samadhi, roughly 20 years ago at a mall in southern Illinois. I liked "Lakini's Juice," because that song is an absolute banger, but as for the rest of the album, well, even at the age of 13, I could tell when something wasn't all that great. And this album wasn't all that great.

I tried again with Live two years later when a friend and I both bought copies of The Distance to Here, and there were some decent songs on that if I can remember correctly; but, much like a lot of the music you listen to when you are a teenager, it doesn't grow with you, and more than likely, it doesn't age well.

Live had some okay songs. I think Throwing Copper is probably where they peaked. But anyway, why did I write a retrospective piece about an album I didn't even like turning 20 years old?

That's a really good question. In November, I started writing content for the website Spectrum Culture. I may or may not have talked about the challenges it presented for me as a 'music writer' on the internet. When I write a review or a dumb thinkpiece or whatever, it's all very personal. That's just how it comes out. Spectrum Culture doesn't want that. It wants impersonal subjectivity, which was difficult for me to wrap my head around at first, and it made the pieces I submitted to them hard to write.

It's also a website that wants results out of you, like, RIGHT AWAY. They want you to commit to album reviews well in advance, and along with that, sign yourself up for their other feature columns, like "Holy Hell," which takes a look at albums having milestone anniversaries.

I love nostalgia as much as the next person, but I didn't want to write about an album I had actual personal attachment to in a format where I couldn't discuss any of that. So, I foolishly chose Secret Samadhi.