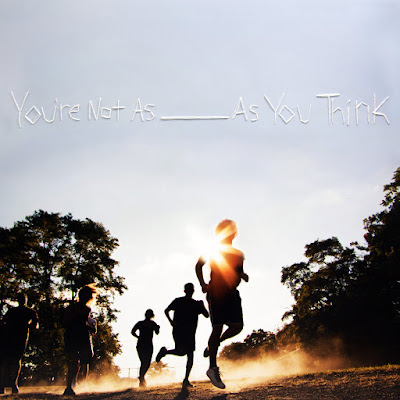 I recently ordered some patches from the American Football online store. I get updates from the band in my social media feed, and they recently advertised one that includes one of my favorite lyrics from “I’ve Been So Lost For So Long.” It’s the kind of purchase I make without batting an eyelash; I bought two, actually, as well as one that reads I’m as Blue as The Sky is Grey, a line pulled from “I Need A Drink (or Two or Three.)”

The patches are huge—much larger than I was expecting. My wife thought they would be merit badge sized. I’m not at a lost for what to do with them. They’ll end up on something; maybe my denim jacket, maybe my backpack. I guess I just need to carve out some time to iron them on properly. But for now they are on the kitchen table, along with health insurance claims and a bottle of Flonase.

I can’t say I’ve written at length about “emo” as a genre around here, but I’ve probably written about it enough that my history with the much-maligned genre doesn’t need to be rehashed. It’s certainly not a genre I had given a ton of thought about until last fall when I discovered the aforementioned American Football, thanks to their long awaited second album. It’s relatively easy to call that album “adult emo,” and as a 33 year old, it’s difficult for me to comprehend that there are still “new” bands popping up and dabbling in the genre.

I take a lot of things I read on Pitchfork with a grain of salt. Any time an album gets a high rating, I raise my eyebrow at it until I can listen to it for myself and decide if it is something that was really worth of such praise. I’m even more skeptical of anything that Ian Cohen reviews; specifically, anything he gives a positive review to.

I hadn’t heard of the band Sorority Noise until a review of their latest full length, You’re Not As _________ As You Think, turned up on the homepage a few weeks ago, earning an 8 out of 10. I scoffed at the title, but at the same time, I was intrigued.

Sometimes I think I take music too seriously—or, at the very least, that I need my music to be humorless. I turn my nose up at anything that cracks a joke or gives a knowing wink, which is why I always struggled with a lot of emo bands during my time in the genre (2001 to 2004)—Brand New specifically comes to mind. Sure they could write serious songs like “The Quiet Things That No One Ever Knows,” but they also had a lot of really silly songs too like “Jude Law and The Semester Abroad.”

So it’s that whole balance between humor and darkness, or seriousness, as it were, that I struggle with when I listen to something like You’re Not As. Sorority Noise, as a whole, don’t seem to take themselves super seriously, but right from the word go, the album plunges you into darkness and seemingly resorts to jokes or laughs as a life preserver or sorts.

Serving as a song cycle working through death, grief, and questions of faith, Sorority Noise frontman Cameron Boucher pulls no punches on the album’s powerful and theatrical opening track, “No Halo,” where he recalls accidentally driving to an old friend’s house, only to remember that, upon arrival, his friend had died the year prior.

Unrelenting, the song segues into “A Portrait Of,” which is where that pathos and humor collide, with interesting results: “I’ve been feeling suicidal (a hell of an opening line), and if I need remind you it’s not the coming of my heart and my brain. I was thinking about how great it would be if I could make the tightness in my chest go away. It’s been awhile since I’ve seen God, and I’m not trying to lead him on, but he’s always trying to fuck me to the tune of my favorite song.”

So yeah, I think it goes without saying that there is a lot happening there. And that’s not even taking into consideration the brutal “scream-o” coda to the song, where Boucher winds up shouting “I have to do everything in my fucking power to be the person that I can be and live my life the best way I fucking can and some days it’s so hard to fucking stand” until you can actually feel his larynx shredding.

The album’s pacing changes with the next two songs: “First Letter From St. Sean” (taking its title from the way one reads from a bible verse) serves as a late arriving thesis of sorts about the inspiration for the album: “When your best friend dies, and your next friend dies, and your best friend’s friend takes his life,” Boucher utters quietly, prior to attempting to process the pain and grief while still being a functioning human being on “A Better Sun.”

Sorority Noise slide back effortlessly into emo theatricality on the album’s centerpiece, “Disappeared,” complete with self-aware lyrics and a huge shout along, frisson inducing refrain.

I hesitate to say the former portion of You're Not As is frontloaded with its better material in comparison to the latter half, but the album shifts tones as it heads into its conclusion, with Boucher not so much finding an understanding or any kind of resolution to these themes he has explored, but maybe more of an acceptance.

You're Not As culminates in a powerful, and truly “emo”tional double shot—“Second Letter From St. Julien” and “Leave The Fan On.” While the questions of religion, god, and spirituality run throughout the album, “Second Letter” addresses them in the most blunt fashion: “How can I believe in god if he won’t believe in me?” Boucher asks, after recalling friends who have overdosed and taken their own lives.

Even though the album ends with an acoustic, very quiet epilogue in the form of “New Room,” the album’s themes culminate and collide in “Leave The Fan On,” where Boucher drags the listener through all of his anxieties one last time as everything crashes down around him in the final moments of the song.

For an album that clocks in at, like, a half hour, and is by an emo band in 2017, You're Not As ______ As You Think surprisingly asks a lot of its listeners. It asks them to have faith, and to believe that there is a god; it needs them to have a sense of humor and to be okay with jokes tossed into songs about otherwise serious subjects; it asks them to have been, at one time in their lives, too emotional for their own good; it wants them to enjoy the bombastic, dramatic, and soaring theatrics that come with the genre.

It’s not a simple album and there are no simple answers in the end. People die, people look for answers in a higher power and may not find them, and people are a mess inside.

Emo, as a genre, isn’t something that grows with you; or, at least, it didn’t for me. But it is something that you can always look back on and see why you were attracted to it in the first place.

You're Not As is an impressive accomplishment by a relatively young band. Formed in 2013, Sorority Noise are an outfit that are obviously on the cusp of something bigger and more serious than they had intended in their beginning, and this is the sound of that growth as they grasp at what is a head while still keeping on foot in what is behind them.