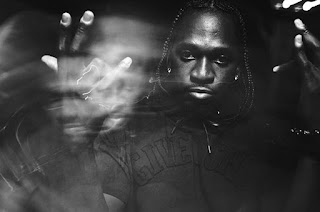 Coke rap impresario Pusha T and moody Icelandic post-rockers Sigur Ros have, like, little, if nothing, in common—save for the fact that a) they both properly released singles on 23rd following a maddening and confusing roll out for both respective songs.

And b) while I still like both of these artists very much, I used to really like both of them, a lot. E.g.—I named Pusha’s My Name is My Name my favorite record of 2013, and I have been following Sigur Ros for upward of 15 years at this point.

So why have I apparently slept on listening to and reviewing new singles by artists that I apparently really like?

Pusha T’s “Drug Dealers Anonymous” was released as a TIDAL exclusive released at the end of May, and like many people in the world, I do not have a TIDAL subscription. I actually have no subscription to any music streaming service, despite the fact that TIDAL continues to get these exclusives to entice people out of $20 a month or whatever.

Anyway, there was no way for me to listen to this song while it was offered on one platform, and so I just kind of lost interest in even trying, and wasn’t even aware until very recently that it had received a wider release via the iTunes store.

On a side note, with Pusha T, yes I did name his proper solo debut my favorite record of 2013, and so with the pseudo follow up to it, last year’s Darkest Before Dawn, I went into it expecting to be blown away. I wasn’t disappointed, per se, and I get that it’s not the real follow up—it’s a collection of songs that were deemed to weird or dark for the forthcoming King Push; but it was an uneven collection of songs that made for a very unfulfilling listen.

Also, he was supposed to come and perform in Minneapolis at the beginning of April, but canceled the show due to “recording commitments,” which I think is a nice way of saying “low ticket sales.” Either way, I was miffed, and I can’t say that I’ve really revisited Darkest Before Dawn since its release, and I can’t say  I was, like, jumping at the chance to listen to this new single. 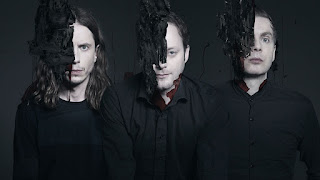 Sigur Ros have been on the road since the start of the summer, with a new stage show, and a new song called “Óveður,” which means “Storm” according to Google. The song debuted at the end of June with a confusing 24-hour streaming event that took viewers around Iceland, and ended with the premier of the song’s video. Again, at no point in the news release regarding the song was there any mention of its availability to purchase.

W/r/t Sigur Ros, I’ve seen the band live twice—once in 2008, and once in 2013. If you are a regular reader of this blog (or just clicked on the link there) you would know that things ended somewhat disastrously for me during that 2013 show because I had a panic attack during their encore.

Also the show was on the one-year anniversary of my best friend’s death. So maybe going to a concert that day was just a stupid idea in the first place.

And in trying to remember anything about their last album, 2013’s Kveikur, I had to reference back to my own review of it. For some reason, it’s not something that really stuck with me after initial listens. Maybe it was because of the panic attack. Maybe it was because one of our rabbits didn’t care for all the noise. Maybe I didn’t feel like it sounded all that great on vinyl—less rich than I was expecting due to all the layers of cacophony. Or maybe I was just kind of burned out on their whole aesthetic at the time. 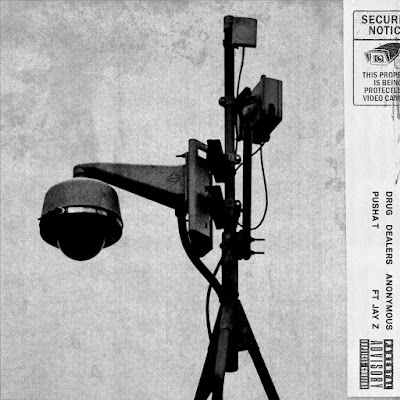 “Drug Dealers Anonymous” boasts both spooky production values as well as a pretty solid guest verse from Jay Z, who I guess, this year, remembered how to rap.

Built around swirling keyboards and simplistic percussion thanks to production by DJ Dahi, both Push and Jay wax nostalgic about their drug dealing pasts, going so far as to include a clip of a television talking head from “The Blaze” criticizing Jay’s well known history behind pushing product.

The song’s structure is based around the two very lengthy verses from both performers—there is no refrain to anchor things down, which his an interesting technique.

As a whole, it feels a little slow moving to me—while both Pusha and Jay try their best to articulate specific words to punctuate a point (the way Pusha says “catholic” is incredible)—their performances seem to be lacking the energy they are both capable of having, and the immediacy and urgency of previous work. But I mean, let’s face it, Jay hasn’t been an urgent rapper since the early 2000s.

It’s not a bad song, and if this is, in fact, the first single from the forthcoming King Push (release date TBD), it is in line with the material on the album’s prelude—dark and restrained, lyrically it paints vivid imagery, but there is something keeping it from resonating on the level that the material from My Name is My Name did. 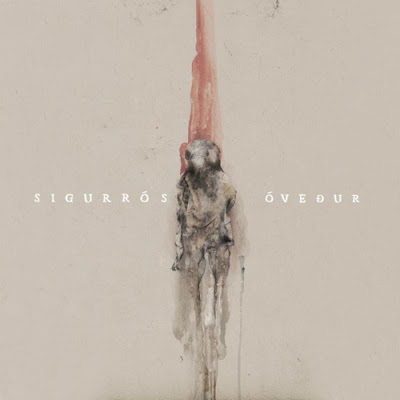 Still operating as a three-piece unit, Sigur Ros open “Óveður” by juxtaposing their trademarked e-bowed guitar waves with a slight industrial sounding rhythm, that then gives way to additional layers of percussion, along with myriad atmospheric vocal manipulations, and low, rumbling drones. It’s a song that, even in its restrained first half, has a lot going on for it nearly right out of the gate.

Things change around the halfway point—noisy, dissonant percussive hits take over, as do unnerving warbled string arrangements that give the song a near-nightmarish like quality as it careens toward its conclusion.

On the verge of allowing the noise to take things over, Sigur Ros surprisingly never lose control on “Óveður” before it comes to a somewhat abrupt conclusion. It’s less ominous than the work they were going for on Kveikur, but it’s still equally as dense; and by incorporating slick sounding electronics into the fold, they have added yet another element into their already bombastic, sometimes overloaded sound.

It’s a slowly paced song, and by contrasting the beautiful (Jonsi’s voice) with the harsh (nearly everything else) Sigur Ros show that they still haven’t lost interest in what they’ve been doing for well over 20 years and that their sound, while always identifiable to the ears, continues to evolve with each project they undertake.

What both of these singles have in common, really, is that they are previews of what’s to come—a new album from Sigur Ros, while rumored to be in the works due to a single and a tour has yet to be announced, and the long gestating King Push has been labored over for nearly three years now, and is expected to be out sometime in 2016.