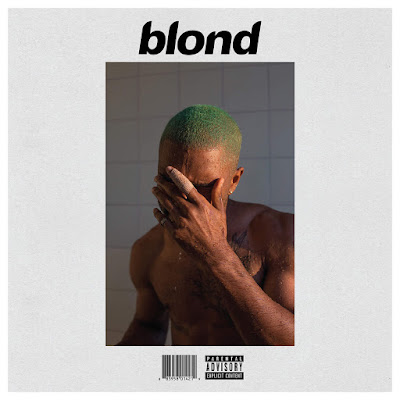 This was long before this blog—back when I was still on the radio, and Frank Ocean had just stunned the popular music landscape with Channel Orange. And I wanted to like it. I really did. I wanted to understand what everyone was talking about.

But I just didn’t get it, despite my best efforts.

I found it slow and meandering, and marginally boring. And I just couldn’t wrap my brain around the draw that everybody else seemed to see.

And when it was named one of the best records of the year by Pitchfork, I can recall whatever writer penned the blurb discussing the album’s intro track, which was a recording of the original Playstation loading sound—the writer said it was Frank’s attempt at saying, “This is what an orchestra warming up sounds like in 2012.” That kind of critical assessment still makes me wince, four years down the line.

Is four years really that long to wait between albums? Apparently, for the internet, it is, because for the last year, it has been collectively shitting itself, waiting for any kind of news, or clues, or false alarms regarding when Ocean would release his follow up, which at one point, was referred to as Boys Don’t Cry.

The wait is over, as Ocean, taking a huge artistic leap and bound, has released the album, now titled Blonde, along side a magazine (named Boys Don’t Cry), along side a “visual album” named Endless.

So where do we begin?

First and foremost, I have no access to the magazine—I’ve seen screen shots of it on Twitter, but there were four pop-up shops offering it across the country, none of them in Minneapolis. Also, would I have even gone to a Frank Ocean pop-up shop to get a magazine and album that I approached with caution? 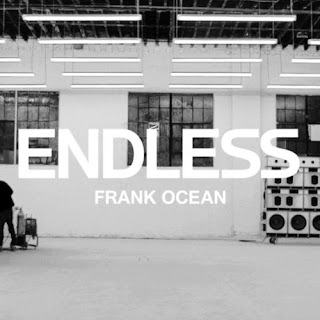 Secondly, the “visual album” (a term I have grown to loathe)—because I am not an Apple Music subscriber, I am missing half of the picture; similarly to Beyonce’s recent effort, I have not seen the “visual” portion of the album. I just downloaded an audio rip that someone on the internet was kind enough to split up into 18 separate tracks.

So do you need the whole thing? Does it make more sense with the visuals? Maybe. Maybe I’ll just be writing an ill-informed critical take on only half of the artist’s intention.

Both Blonde and Endless (especially Endless) are weighed down by moments of commendable self-indulgence. Operating without interference (presumably) Ocean has been seemingly allowed to make whatever kind of music he wants to—and while Blonde is more focused (at times), Endless is a scattered collection of sketches and interludes, anchored by a relatively boring take of a cover song, a wandering, marginally thoughtless track called “Rushes,” which Pitchfork already named “Best New Track,” simply because it’s a song over two-minutes in length from the album’s tracklist, and a electro-infused, bizarre nine-minute closer.

Blonde, from start to finish, is a gigantic, bold artistic statement. It challenges the idea of what pop music, and modern R&B should sound like; it’s a demanding listen—asking more than a lot from the person brave enough to sit down with it and unpack its dense layers and attempt to make sense of Ocean’s vision.

However, big and bold and dense and demanding doesn’t always mean it’s good.

Blonde is not unlistenable, but taken as a whole, it’s incredibly uneven. It’s an intentionally slow album, spanning 17 tracks. And while at times, it plods along and may come off as being a little uninspired, boring, or forgettable—there are moments—even moments of songs you don’t like that will stick with you—specifically the pitch shifted vocals in the album’s odd and unnerving opening track (and lead single) “Nikes.”

The album begins to find some energy and direction on its third track, and possibly one of its finest—“Pink + White”—a mostly traditional R&B groove that finds Ocean delivering smooth, near stream of conscious vocals over a steady drum beat keeping time and jaunty piano key plunking.

Later, Ocean slows the pacing back down with another electric guitar led track, the somber, reflective “Self Control,” which eventually makes way for the skittering, synth heavy “Nights.” Both of these songs, while featuring off kilter elements, like more pitch-shifted vocals and sudden changes in direction, also are among the album’s most memorable.

Blonde’s second half seems to collapse under its own ambitious weight—it opens with a breathless, relentless minute-long guest appearance from Andre 3000, which proves (as if we needed proof) that he’s still a force to be reckoned with.

There are very few “songs” within the album’s second half; most of it is comprised of short interludes or skits. Among those that are over the two-minute mark, there’s the noisy dissonance of “Sweet Thing,” the slow motion, plaintive “White Ferrari,” the even slower and less-focused “Seigfried,” and the soulful, powerful vocal performance of “Godspeed.

The album closes with “Futura Free,” another piece that features Ocean’s pitch-shifted vocals, delivered over a distorted undertone. “I’m just a guy, I’m not a god,” he says, as he laments on sexuality, spiritualty, life, death, and his own fame.

Charismatic and enigmatic, I see why people are drawn to Frank Ocean. One of three obvious breakout stars from the now presumably defunct Odd Future collective, there is no doubt he’s got talent and a vision in mind. However, Blonde is a difficult album—it seems like it was incredibly labor intensive to make and it’s even more difficult to listen to. It’s the kind of album that keeps you, as the listener, at an arm’s length, never inviting you to get closer as it reveals itself.

Putting it lightly, it’s a weird album. Sometimes weird can be good. Other times, the payoff isn’t as successful. This is one of those times. Ocean’s artistic vision and commitment to making something like this is worth plaudits, but save for a few easier to access moments, it’s the kind of album I will have difficulty wanting to return to or even will be interested in returning to.

Not a casual listen, and not all albums need to be, Blonde is emotional yet cold, dark, frustrating, and gorgeous—often all three at the same time, and from beginning to end, presents a challenge that is never really resolved.