It might be over soon, or, a thinkpiece and review of the new Bon Iver material 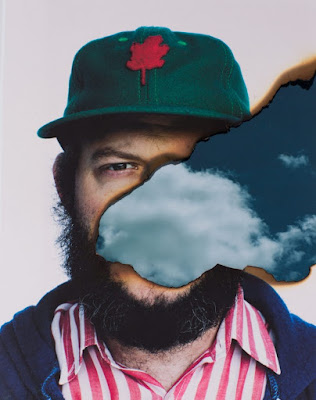 Who is Justin Vernon and what is he to you?

For many, who have been paying attention to contemporary popular music over the course of the last eight years, he is Bon Iver.

What is Bon Iver?

Bon Iver is not a person; more or less, it’s a band, or a brand. It’s pronounced “Bone E Vare”—not “Bon Eye Ver.” I read a quote once that said it was bad French for “good winter.”

Following the break up of his former band, the end of a relationship, and a bout with a liver infection, Vernon retreated to a cabin an hour away from his hometown of Eau Claire, Wisconsin and recorded his debut as “Bon Iver”—2007’s For Emma, Forever Ago; it was subsequently reissued in 2008 by Jagjaguwar, and the story behind its creation reached near mythical status almost immediately.

In a sense a solo project, Vernon formed a four-piece band to tour in support of the record following its reissue, and by 2011, the band itself as well as the scope of Vernon’s sound grew—now the leader of, like, a seven or eight piece ensemble, he returned with a bombastic, expansive sophomore album that debuted at number two on the Billboard album charts.

By the next year, Vernon claimed he was putting the project on indefinite hiatus and shifting his attention elsewhere—something he had been doing since the beginning. In 2009 he formed a side-project with Collections of Colonies of Bees, the Volcano Choir; in 2010, he was part of the Minneapolis music collective Gayngs.

However, despite whatever reservations he had about adopting the Bon Iver moniker a third time, Vernon has returned with the recent announcement of an impending third album, 22, A Million, an ambitious and experimental, and possibly frustrating and alienating project that he audaciously debuted, from start to finish, with his set time at the second annual Eaux Claires Festival—a festival he helped organize.

Who is Justin Vernon and what is he to you?

For those who fell in love with the ghostly, sparse folk of For Emma and stuck with him through the growth of the densely arranged Bon Iver, Bon Iver, Vernon may be some kind of “voice of a generation.” The winner of multiple Grammy awards, he’s some how built an empire of artistically minded success all while staying signed to an independent label. He’s curated a festival (twice), and he’s inked endorsement deals for Red Wing boots and some kind of whiskey.

He also found time to begin paling around with Kanye West—featured on both My Beautiful Dark Twisted Fantasy as well as Yeezus—and James Blake.

I’ll be the first to admit that I was, at one point, a huge Bon Iver fan. I saw Vernon and the band twice—once at an over-sold “homecoming” show at First Avenue in 2008; the next time in support of Bon Iver, Bon Iver at the Orpheum Theatre. I, at one point, owned both albums on vinyl—I think I still have my copy of For Emma. I, at one point, played quite a bit of Bon Iver back when I was on the radio.

So what happened? Who is Justin Vernon to me?

The easy way to put it is that, for me, he is the maker of music that didn’t grow with me.

For some people, something in Vernon’s howling falsetto may have resonated with them, and for those people, it may have been second nature to care this music with them over the course of the last eight (or nine) years.

But for others—when was the last time you listened to For Emma or Bon Iver? If it was yesterday, or, like, if you are listening to it right now—well shit, you should probably stop reading this thinkpiece.

We all latch onto things quickly, and then as time passes, we outgrow them. They just become a footnote to a specific portion of our lives, but it’s something, for some reason, we couldn’t take with us. 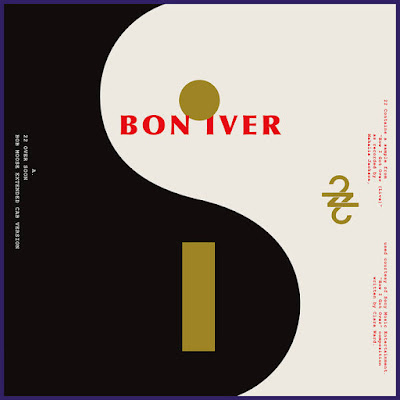 When the news that Vernon was debuting new music during his Eaux Claires set, and that a new album was immanent, I can’t even really say my interest was piqued. And by Friday evening, when the band’s set was over and the press release regarding 22 was sent out, I read it over with a lot of trepidation—mostly because in 2016, I kind of can’t even fathom getting excited about (anything) but also a new album from Bon Iver—but also because, I mean, look at these song titles: “10 d E A T h b R E a s T ⊠ ⊠” and “21 M♢♢N WATER?” Those are actual song titles, and that is how they are to be spelled out.

What kind of pretentious bullshit is this?

I guess I shouldn’t judge a book by its obnoxious cover, and after 48 hours, I finally caved and listened to the two singles that were released off of the album.

Incorporating tape manipulation and pitch-shifted vocal samplings, “22 (OVER S∞∞N)” is, by far, the more palatable of the two. “It might be over soon,” a slightly unsettling, slightly whimsical voice says before Vernon’s voice comes in—really one of the only familiar things about the song—it’s somewhat jarring to hear his trademark multi-tracked soaring vocals singing over something so foreign sounding in comparison to his body of work thus far.

The opening track on 22, A Million, “22” serve as, quite possibly, a bit of a thesis statement for what is set to follow—which is to expect the unexpected, but not to be afraid, because someone you have come to trust is there to guide you.

Possibly a reflection of his work with Kanye West, the song shares a similar cut and paste aesthetic with Yeezus—things just kind of happen, filed into specific places within the surprisingly short running time—there’s clean sounding electric guitar strums, there’s a saxophone, there are odd vocal samples, and there’s the tape manipulation that weighs the whole thing down (also, in the “extended version” of the song, there’s a brief string-laden coda.) It all seems both disorganized and very methodical at the same time, with Vernon’s marginally cryptic, disjointed lyrics pressed on top of it all.

Another thankfully short song, “10” begins with a heavily distorted, trudging, and chaotic beat that makes way for Vernon’s voice, which is layered in a way to be both clean and mirrored with some kind of robotic effect.

It’s also a song where the word “fuckified” is used. And golly I sure wish I knew what that meant.

Within the song’s second half, it spiral out of discernable control, descending into utter cacophony with horn arrangement before careening to a somewhat abrupt and unfulfilling end.

In trying to find the positive in this situation, I guess I can say that I commend Vernon and his band (whoever is in the lineup at this point) for taking such an artistic risk. At the same time, I kind of have to wonder why. If this is the kind of music Vernon is making at this point in his career, why is he releasing it under the name Bon Iver? Is it to continue cashing in on the branding, or is it legit? Is this the music he wants to make as a continuation of that project?

A friend of mine shared his excitement over this project on Twitter, saying this album could be Vernon’s Kid A, Yeezus, or (to a lesser extent) Age of Adz. One of those album is a god damn classic; one of them is incredibly polarizing and moderately self-indulgent; one of them is a footnote on a career.

With Kid A, yes Radiohead took a huge risk and made a giant leap, but there were still glimmers of a band found within. Here, in these two Bon Iver songs, it just kind of sounds like someone bored with the music they were known for, drowning under an ocean of samplers, effects, and keyboards.

But maybe within the context of the whole—it all makes sense. Maybe the goofy titles are less goofy if you listen to all ten songs in one sitting; maybe the numbers found within each title have some kind of larger meaning for the project.

Looking back at both the first and second Bon Iver albums, while nothing really resonates with me at this point, I can see how it still could with some listeners. Here, however, the music is cold and mechanical—not very inviting, and despite Vernon’s pleas in “22,” I’m not so certain how anyone could pierce through the exterior to find some kind of depth worth writing home about.