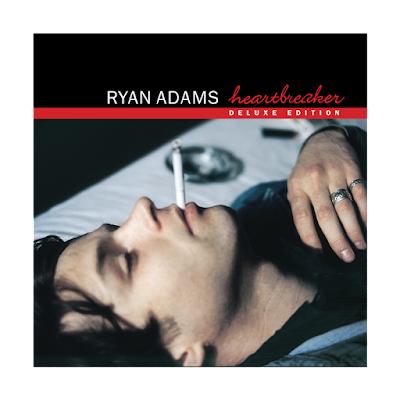 Some would argue—haters, mostly, or fairweather fans—that as a solo performer, David Ryan Adams peaked right out of the gate with his stunning debut, Heartbreaker. There are people that think, despite his best efforts over the last 16 years, he will never be able to top the impressive balance of alt.country twang and damaged singer/songwriter that he struck.

Arriving as some kind of sixteenth anniversary edition, Adams recently reissued Heartbreaker—and like all reissues in our very modern times, it includes its fair share of ephemeral material. Twenty additional tracks are included, featuring alternate takes of the songs you’ve come to know and love over the last decade and a half, as well as unearthed outtakes.

Some of Adams’ best known and probably best loved songs are on Heartbreaker, including the devastating “Oh, My Sweet Carolina,” the break-up anthem to end all break-up anthems, “Come Pick Me Up,” and the ramshackle stomp that opens the album up, “To Be Young (Is to Be Sad, Is to Be High.)”

Here, those songs are presented in skeletal alternate editions, and in many cases, include studio chatter captured while the tape was rolling—the mystery of why Adams and David Rawlings were arguing about Morrissey before “To Be Young” is solved here: it arrives following an impromptu studio jam of “Hairdresser on Fire.” Elsewhere, Adams and EmmyLou Harris, who provides haunting back up vocals on “Oh, My Sweet Carolina,” discusses the loss of one her favorite guitars.

The songs themselves are not drastically different, but they are slightly more basic tracks—the electric guitar crunch of “To Be Young” is missing in the alternate take, the organ and banjo are stripped away on “Come Pick Me Up.”

The real reason, of course, to plunk down your hard earned money for a new copy of an album you probably already own is, outside of being some kind of completest who has a disposable income, is hearing the previously unreleased tracks—one of which would have fit in very well with the rest of Heartbreaker, and is possibly better than some of the songs that did make the final cut. That song is “Petal in A Rainstorm,” a chugging, twangy anthem that, as opposed to a number of these songs that focus on how serious of a songwriter Adams is, allows him to showcase his pop sensibilities—with a refrain that is simply “Ain’t nothing like a petal in a rainstorm,” the song itself is among the catchiest he’s ever produced.

Elsewhere, you can hear Adams’ Smiths-influence present itself long before he injected it into the 2003 album Love is Hell, on the collection’s closing track, the shimmering “Locked Away.” Prior to that, there’s a very early version of the song “Don’t Fail Me Now,” which arrived on 2005’s Jacksonville City Nights—presented here as the slow burning, incredibly somber “When The Rope Gets Tight.”

Sixteen years later, Heartbreaker is still an impressive collection of songs, and yes, some of these could probably be called the best that Adams has ever written. Packaged here with artifacts for the die-hard fan that needs to hear it all, and have it all, reissuing Heartbreaker serves as a fine time to revisit an album that has aged incredibly well, and for some, may be a reminder of why they started listening to Ryan Adams in the first place.